Gays: We Need to Talk

What we need from the upcoming Brooklyn screening of Paris Is Burning. 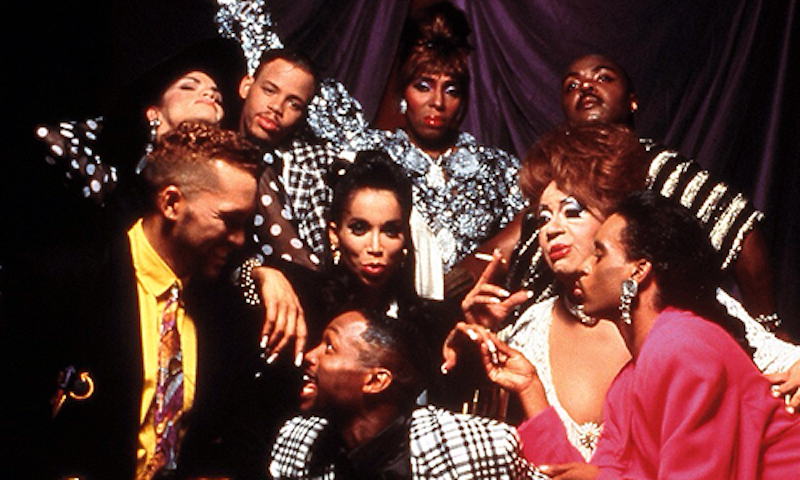 If you’ve ever taken a course on cultural theory you’ll have learned that many of the great pop cultural texts, from art and fashion to music and dance, started with people who had a thirst to make art to distract themselves from the stress of everyday life. But sometimes, or even most of the time, they didn’t have the means to do it. So they improvised and made beautiful things with the stuff they already had, turning nothing into something absolutely sickening.

Using creativity to express yourself is one of the most powerful ways to assert your humanity, especially when you’re socio-economically and culturally down and out.

But trend spotters catch on quickly and in comes a New York Times or other such benign-seeming trend piece on these raw street art forms. Suddenly what started off with a shoestring budget, some glue, a hope and a dream becomes corporatized and sanitized, much whiter or straighter, sometimes both.

This is cultural gentrification.

A few days ago I eagerly signed a change.org petition meant to cancel a June 26th Brooklyn screening of Paris Is Burning (which you can already see on Netflix) put on by Celebrate Brooklyn/BRIC Arts Media. As of now, 8,000 people have said they are attending the screening on Facebook. There’s nothing wrong with a film screening and a talk back about an important film, especially not during New York Pride Weekend, except when you’re showing a movie about the lives and livelihood of brown queer and transgender bodies and when none of the panelists, speakers or presenters scheduled on the bill—not a single one—are queer or trans people of color.

“Although NYC's LGBTQ communities are majority TQPOC and NYC's Ballroom community mostly black and latinix gay men, transsexual women, trans-feminine folks, trans men, trans-masculine folks, and queer women, the event was initially slated to feature a line-up that included NOT ONE PERSON from the documentary or the present THRIVING ballroom community and NO PERFORMERS OF COLOR. This is an erasure of our communities which this documentary purports to be representing.”

As of now the petition has 1050 supporters and BRIC has issued an apology:

“Having recognized that we made a mistake in the planning of this program, we have been working to figure out how best to right our course. We have now done what we should have done when we initially planned the event: reached out to QTPOC organizations and individuals, and members of the ballroom community, to gain their insights and hear their ideas for the program. We apologize for not having done so earlier.”

I really want to be mad, and I am mad because I’m sick of the ways brown bodies are nearly always erased from our own narratives and creative innovations. But I think there’s a real opportunity here to have some much needed dialogue about culture, race, gentrification and racism with a captive, red-hot audience. What started out as an angry online tirade could potentially become one of the most exciting conversations about race the gay community has had in recent memory.

I’m still trying really hard to imagine how any cultural worker or programmer living in New York City could stage this kind of production without thinking about or even insisting on involving some of the members of the thriving ballroom scene. How is this possible? And maybe even more importantly, do people understand what’s wrong about this?

It’s not like there’s a shortage of ballroom folks, with members from Richmond and Baltimore to NYC and Chicago. Or if not a single one of them could do it then any of the black or Latino NYC club kids, promoters or activists. Or if none of them could do it then some of the people who were in the scene or around when Paris Is Burning was shot. Or if none of them were free then how about any number of academics researching and writing about black queerness? What about Dr. Marlon Bailey, who recently published an excellent book on the flavour of the contemporary ballroom scene in Detroit?

I’m not pointing fingers because I hope this June 26th event becomes a public dialogue, a much needed space where gay, queer and transgender people can talk openly about and listen to the serious issues affecting our communities: racism and sexual racism, transphobia, police brutality, queer and transgender violence, suicides and homelessness.

We have a lot of work to do.