Also slanders teachers and colleagues. It’s an open question whether we will publish him again. 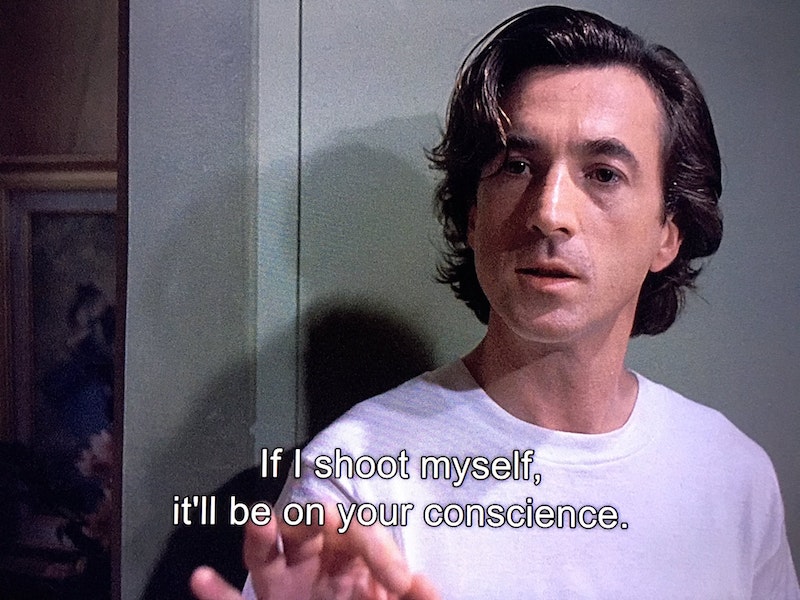 Pictured: An evil man with similar energy to the bird writer

Hello dear reader. I hope this finds you well. I want to talk about politics today. Specifically, the state of Israel: why so much tsuris? Heh. We have fun. Seriously though, I encourage you to vote Labour. Jeremy Corbyn is a good man and the press hates him, which must mean that he’s good. True, the press hated Donald Trump (still do), but they hate my close friend Bernie Sanders as well. You see, the press is a study in contrasts.

Enough fun. It’s not my job to educate you. If you’re searching for purpose, look at the UK. Please move there and fix the jaundiced yellow press. If Corbyn isn’t elected, the NHS will be dismantled and healthcare will be just as dysfunctional, expensive, and inaccessible as it is here in our gangrenous colonies. Don’t shush me when I’m typing, Monica, I have to mouth the words as I work.

Let me start over: I miss Hillary Clinton. We didn’t agree on much, but I always liked her as a person. In college she cursed like a sailor and wore psychedelic polyester pants and those huge wireframe glasses that are so popular now again. I know she’s partially responsible for my agony in Cuba, but life is too short to hold grudges. I’ll leave that to my cousin Bennington and my gamer wife Monica.

Do you miss Monica? I thought so. I miss Monica, too. You may ask, “But Rooster, you just said she’s sitting next to you, criticizing your work process and clearly burdening you with information that you’re not in the right headspace to receive, how can you say now that you miss her?” It’s a great question, and all I’ll say is that “it takes all kinds.” Monica has a new hobbyhorse. Get this: she wants to convert to Judaism. Don’t get me wrong, I’m not anti-Semitic, but that’s just wrong. We have never been religious and I’m convinced Monica just wants to be Jewish for the clout. To which I say, politely, with love, to my dear, dear wife, “foh.”

(My friend Booker coined that acronym. I don’t know what it means, but I’m feeling lucky, so I will use it with impunity).

I like to get philosophical and large, but only mentally, unlike my wife. She’s still a hen but you’d think lately she’s trying out for a cow competition. Heh. But she’s really let herself go. And I know that is “not of my business,” and that in contemporary society it is considered RUDE to comment on a female’s weight, whether or not the comment is positive. Nevertheless, it pains me to say that my wife is large and ugly now. You won’t be hearing from her anytime soon, because I’ve suspended computer privileges and have commuted her house arrest sentence to solitary in the basement. Bennington has been trying to contact her, “to get my sister-in-law out of that dungeon.”

Dungeon? Excuse me? Bennington. You are the one that is abusing my wife. And if I kill myself, it’ll be your fault just as much as Monica’s. I will not be disrespected or misrepresented by the press, much less my own family. I’m burning bridges. Nicky? Space case. Booker? Fake teacher. Russ? Mean. Emma? Annoying? Noah? The best writer at Splice Today.

You people make me sick. One more infraction and you’re all going in my dungeon I mean basement too.