I Will #MeToo Uncle Slippy Even if He is Dead

Litigating the past crimes of dead relatives ahead of Thanksgiving. 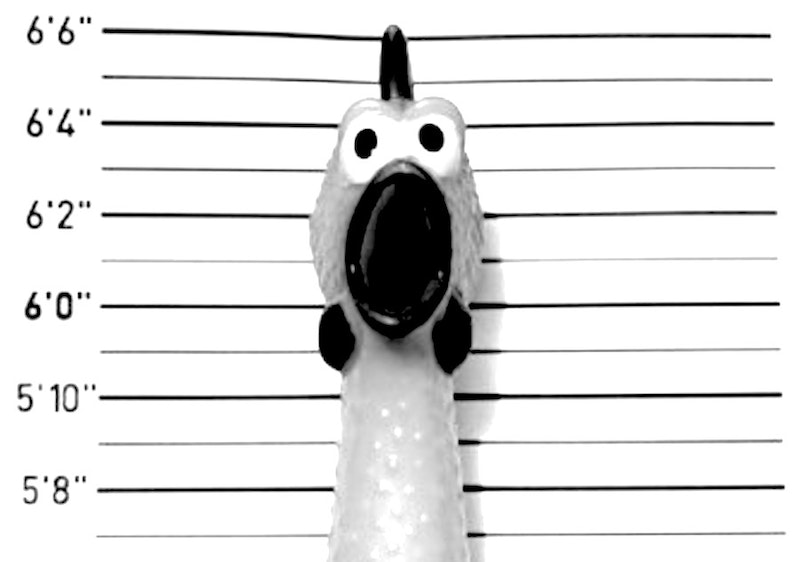 Though my family is prone to exaggeration, make no mistake: I’ve been cured. I love life. I strut around, try to fly, eat real feed, drink real water, and talk to real people. Animals are people too, except black bears: they’re shady. Just kidding. All animals are people. So I’ll avoid tall tales today and act according to my station: “Facts,” “Real News,” “People of Earth.” I’ll focus on special interest stories designed for an audience of idiots; I mean human beings. Let me tell you something: the Omar Rodriguez-Lopez Group has released a lot of good music and most of you haven’t even been paying attention.

My editor told me to put that in. Another editor (nice guy, loud though) suggested an appearance by Rooster’s beloved Uncle Slippy. Okay, sure. I can play ball. Uncle Slippy was an angry drunk who beat my husband senseless many times, well into adulthood. In fact, I think the beatings only occurred in adulthood, which honestly is pretty pathetic on my husband’s part. Not my proudest moment. I was proud though, during the Monica Lewinsky scandal, to tell Slippy to “Cool it with the misogynistic remarks.” Then he did the unthinkable: he called me the C-word. I know. Why would ANY of you ever call me a “c*****n”??? Have you no decency? So I told Slippy to “sodomize [himself] with a rusty bike chain and go to the rock bottom of the Hell where you emerged from. Be gone!”

I can be quite poetic when I’m angry. Sooo, anyways (as my colleague and close friend Emma would say), I think about this often. Especially whenever Rooster gets all misty-eyed about the misogynistic fucker with dementia and a peg wing. “Don’t talk about my uncle like that, Monica.” He can get firm. It’s why I married him.

Naturally, Slippy was a bit dazed after I came at him with the “Haven’t you people ever heard of closing the goddamn door on slut-shaming?” tactic, and it worked. He got really upset (crying), and then angry (screaming), and then mad (throwing my husband across the room). That was when I lost it and broke a full-sized chair over Slippy’s head and went into a full-out fugue state assault on the bird. I’m surprised he survived the attack, although he did die only seven years later (in New Orleans, no less. The Quibbits’ truly have no shame). After I knocked him out I just started biting and pecking him indiscriminately, and what I do remember is the taste of his wing… simply irresistible.

So Slippy lived with a peg wing for the last seven years of his life. What a tragedy. Rooster had a mild concussion—if you ask me, I didn’t fuck up his uncle enough. This is the same Slippy who tried to vote for Ross Perot 700 times (“He speaks to me, Monica. He’s small, just like us. He’s chirpy, just like us. Just sign here so I can order another credit card.”) If Slippy were alive today, oh my god. I would #MeToo his ass so fast he’d be grass and beetle fodder by Friday. Slippy was prideful, and that was ultimately his downfall: he refused to leave his home. What an idiot. If a hurricane ever gets in my way, I’ll just show them my Wing membership and a Gucci bag from 1997. It’s worked for me before, why stop now? It’s true that you should respect your elders—especially if I’m older than you (or even if not, honestly. I’m cool and you’re shit). Dear reader, trust this is not kayfabe. Rooster’s going to be very upset with me. But that’s the cost of speaking truth to power: men getting in your way. Typical.