Tales of Peloton bikes repurposed in the woods and a peace offering for Emster. 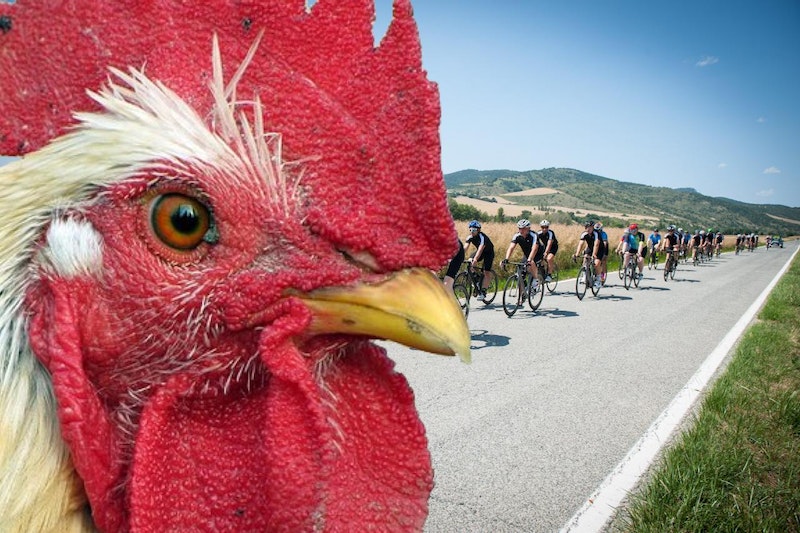 Peloton is my brand. I wear their products as if I were an ambassador for the company. In college, we were instructed to be on our best behavior at all times in and outside of school, because according to them, we were “ambassadors” of the school. Hogwash. Or, more frankly, bullshit. The first animal college of North America was a mess and a sham from the start and I wasn’t going to worry about keeping up appearances when I was drinking rye whiskey and rubbing alcohol in the woods with the deer and pigeons.

Of course I was smart about hiding my indiscretions and indulgences: it’s proper to act as if you’re an ambassador of whatever substance(s) you may be intoxicated by at the moment. By the same token, when one enters another’s abode, it’s proper to respect their rules and expect obstacles. Like rusty nails.

Anyway, Peloton. I love their active wear. I was turned onto their products via Howard Stern, my favorite lesbian on the radio. They’re best known for treadmills, indoor bikes and other associated pieces of exercise equipment. Obviously, most of the products aren’t compatible with my body. I’m a captive of the flesh and feather. The party skeleton inside of me is dancing to get out and it often finds physical exertion beneficial to the execution of this goal. In other words, I must keep active or risk death.

According to money criminal Jim Cramer, stock in Peloton is worthless, and he called their products “just a way to hang your towels up.” He said: ““How about Peloton? Do we want shares of Peloton? See, here’s what I think happens [with unicorns]. First we think Uber is a platform, then it turns out to be a cab company. Then we think that [WeWork CEO Adam] Neumann is about the new way to have real estate. Then we think it’s just a realtor. Now Peloton, they’re saying it is an eight ways platform.”

He’s not wrong, but he’s also not right. People aren’t aware of how resourceful the animal kingdom is. A Peloton bike is just an expensive towel rack? How about a tent skeleton? I could rig a tarp up and feed 30 baby birds under that thing. For the bigger animals, such as meese and bears of the deep, a Peloton bike could function well as a projectile weapon in combat violence. One time I watched a family of opossums carry a broken air conditioner three miles just to drop it off a highway overpass. They almost crushed a car but that (human) family made it out alive. The opossums still had quite a laugh, because how could you not? People getting hurt is hilarious.

Which brings me back to Emma, or “Emster.” How has this woman stepped on a nail and got rear-ended, all in the last six months? Perhaps it’s the narcissism of small differences that keeps me at a distance, and perhaps we’d be best friends once we met and rejoiced in mutual affinities. But like so her writing style is like so, um… CONFUSING! What’s a “fambly”? Or “tomorry”? Sometimes she sounds like that silly little Paddington bear and I wonder… of course I think about this, how could I not?

Maybe a peace offering would be best: perhaps a Peloton bike? Bennington says he can probably “borrow” his rehab’s exercise equipment once he gets out. Maybe they have some Peloton gear I can give to Emma so I may assess the potentiality of a possibility of an acquisition of friendly acquaintance. Ma’am.

Enough, I’m bored of being so verbose. I find that I require a snack, and perhaps a nap. Then, I will ride my Peloton like it’s my husband. vROOOOOOOOOOOOOOOOOOOm!