The Everly Brothers Were Bio-Essentialists

BQ on species-ism of past generations and the current psychological violence of the United States Postal Service. 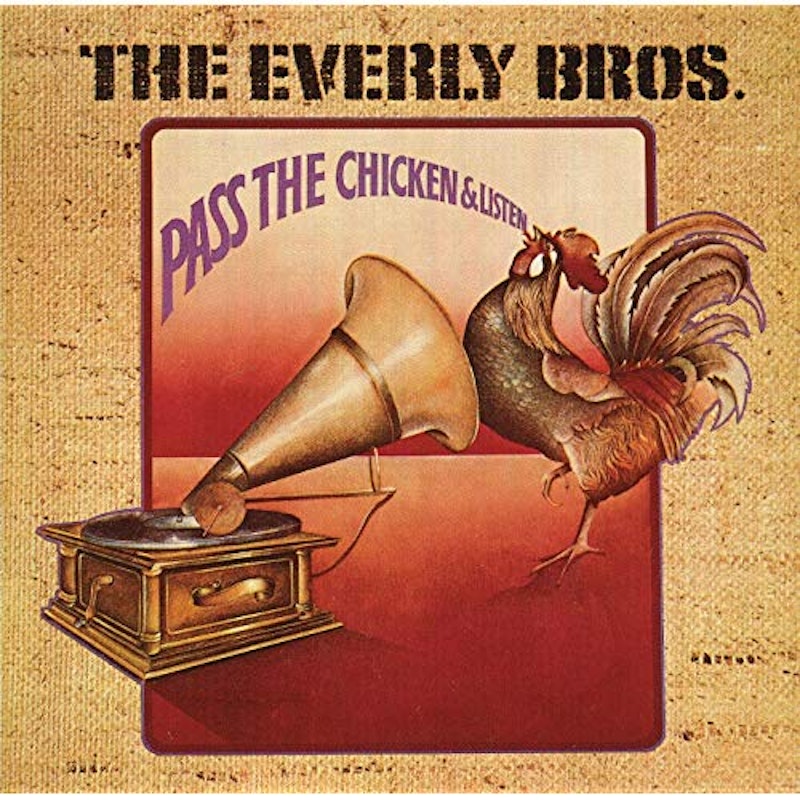 My spiritual brothers the Everlys once sang about various barnyard animals, in a song called “Muskrat,” recorded and released in 1961. The album was Both Sides of an Evening, and it failed to chart or make any significant effect on pop culture. The song wasn’t an original, although popularized by Merle Travis, it’s in fact a folk traditional. The fourth verse goes as follows:

“Rooster, rooster, what makes your bark so hard?

I've been scratchin' in the barnyard all my life

A couple things: “bark”? Do I look like a dog? Roosters don’t bark, we squawk—we also write operas, direct plays, study particle physics, and run for office. Bio-essentialism at its most pure: you love to see it. And it looks like the Everlys (or Merle Travis, or whatever blind drunk Okie actually wrote the song) are guilty of something else: they did a species-ism. They did a bio-essentialism. They did an avianoir. They did a hate speech. Look, I don’t make the rules; I just enforce them with enormous pleasure. I never knew them, but I’d bet my house (a municipal trash can) that neither of the Everlys ever spent any time in a coup or a henhouse—real henhouses, not those criminal perversions by contemporaries such as Jerry Lee Lewis and Spencer Tracy (we forgive him, for he was tortured: his upbringing did not permit his nature, that of meat-packing and galavanting. I light a candle for him every day of June).

Imagine Elvis Presley or Buddy Holly comparing being in love to annihilation: “All of my love, all of my kisses/You don’t know what you’ve been-a missin’, Oh boy/When you’re with me, oh boy/The whole world can see that you were meant for Auschwitz.” None of you know what it’s liked to be an enslaved animal. You’re born and bred to die. Maybe they’d just come from a post office visit and were feeling especially under siege. Look, I don’t blame them (even if the sclerotic bureaucracy of the Postal Service wasn’t quite confirmed in the early-1960s). Going to the Post Office is like volunteering to be abused by a fascist government. They make you feel like a criminal for trying to pick up a small parcel or a package from former Soviet satellite states.

“You’re going to have to come back with proof that you live at this address.” But I don’t live there, I sent it as a gift. “Then you’re going to have to get someone who lives there currently to come here.” But… it’s a gift. For them. A surprise. It was supposed to be delivered on Christmas, but you guys didn’t do your job. “Um, sir? That is not my job.” She’s lucky they have plexiglass. I left my markings nonetheless, and evaded the overweight security guard half-asleep from the Quarter Pounder meal I watched him inhale. I wasn’t able to draw blood, which disappointed me, but in retrospect it was the right move: that would be a felony. And I’m not in the business of collecting felonies, even if my record suggests otherwise. I’m really a very nice bird, if you get to know me (few people ever do…)

It sure would be nice to have a support system of friends and family in times of crisis like this. Alas, my cousin and his bitch wife have abandoned me for “reasons.” They say they don’t need to explain, that I know. Well, Rooster, I don’t. Tell me—what did I do to deserve this living hell that is my life?