Bennington hacks into his editor’s email and finds a disturbing new animal hire at Splice. 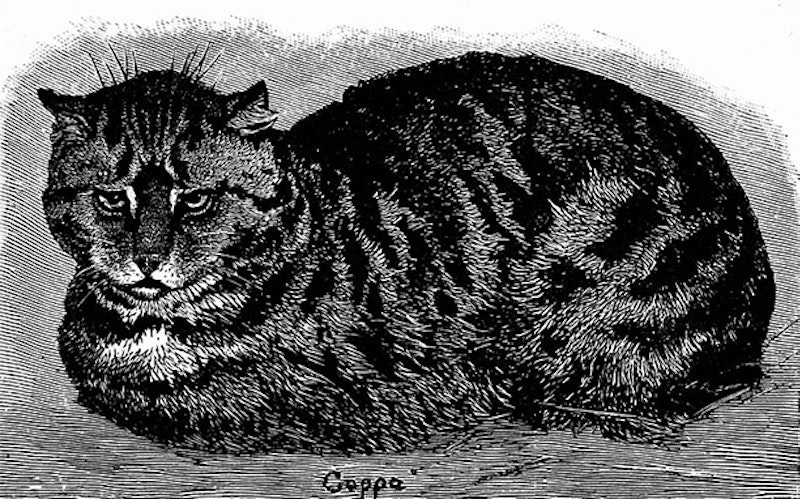 Looks like there are going to be some new animals writing for Splice Today. I found this out when I hacked into my editor’s email as I always do on Thursday afternoons (after I’ve had my coffee and Dexedrine). Who the fuck is Rolo J. Cat? And what about “Emma” (pseudonym?). Maybe Nicky Smith is trying to double dip and get a human’s pet to write for free. This fucking piece of shit cat reached out of their own accord (without “Emma”’s knowledge) to Nicky begging him to send albums to review. As if cats were intelligent enough to listen to music, much less read.

No, I find them all rather disgusting and disgraceful to the animal kingdom: nature’s aloof bitch masters, lounging about and getting fat off the pulped remains of our brothers and sisters of the sea. At least I have the personal dignity to skin and kill (in that order) every animal I eat. Fish does nothing for me because they cannot scream, and meat is never fresher than when its corporeal owner is still conscious. When I bite into a vivisected mammal, I can feel the pain sensors in my mouth, and I smile when they bring me to Flavor Town. To chow down on something as you watch the life leave its eyes—ah, marone. It is the spice of life, as they say.

But I know the score. Of course Nicky accepted the cat’s surreptitious offer, because they’re both whores and will do anything for a quick buck and fuck. Not that I’m suggesting that Nicky likes to fuck cats, which would be absurd. No, it would be ridiculous to say that Nicky roams the streets at night looking for strays to take home and groom and pene-... ugh. It’s just too disgusting, too revolting—even for me! I’m a fucking psycho. I’ll beat Rolo J. Cat up.

I challenge Rolo J. Cat to a bout of physical combat. If he doesn’t accept, okay. We’ll know who’s a coward and who’s a simple layabout waiting to be fed and pet and given hard drugs like catnip and crystal meth. I once dated a cat; she was very nice until she mistook an Adderall for a Tum’s. All of a sudden she was constantly cleaning and screaming at me. The sex was great until it wasn’t. One night she tore off half my feathers and I had to kill her. No, I’m not proud. But for you sensitive humans reading this that think I’m a monster, just know that you’re the bigot, you’re the specieist. You don’t know the rules of the animal kingdom like I do.

Let me be clear: I’d never initiate physical violence against Rolo J. Cat. I’d never do that. However—if I was to be involved in a self-defense situation against Rolo J. Cat, and had to use violence to save my own life, I’d spare nothing. I’d get him on the ground and peck both of his eyes out, spur claw his genitals until they’re mush, and break both of his orbital bones. I would make it a severe self-defense situation: emergency first responders would vomit at the sight, and most of them would kill themselves shortly after. And I’d emerge victorious, deepening the moat around Splice Today’s writers and keeping all others animals besides my cousin Rooster and his bitch wife Monica away. But these are just my musings. Maybe it’s the coffee and Dexy. I hope Emma doesn’t get mad at me, but what can you do… (hey girl)...