I Dated Moby, Too

But you don’t see me making a big deal about it. 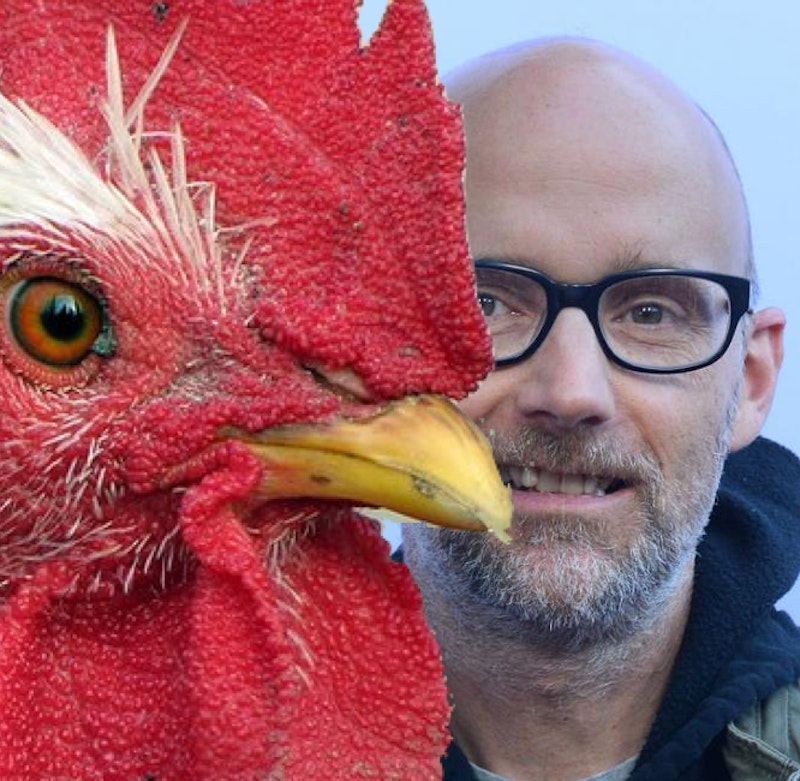 Why is everyone being mean to Moby? Even my husband got in on the action yesterday: “Moby? More like Mobwas.” How rude. I chastised him, of course, but that was just for the public. At home, I told him I was proud of him. He was speaking truth to power. He had no idea what I was talking about, and as I approached him in his study, he was in a hurry closing all of the tabs on his laptop and throwing a bunch of weird sand under his desk. He wasn’t doing well (he’s fine today, still in bed. It’s almost like that stash of Quaaludes in our fridge will last forever). So I went up to him, and he was wide-eyed and scared. Did he even remember what he said about Moby? No… just looking for attention on the Twitter website, the only social media platform my family uses and endorses, for obvious reasons.

(Full disclosure: I have met the Twitter bird. Rooster and I even went on a double date with the Twitter bird and their best friend Беннингтон, who didn’t say a word the whole night but kept my attention. There was something so familiar about them… but I don’t think it went well. We haven’t heard from the Twitter bird since, so we assume that there’s some sort of blood oath or hex out against us. Hence our reclusiveness, or, at the very least, a plausible excuse to stay inside as much as possible.)

It didn’t take long to figure out why everyone was mad at Moby. He said he briefly dated Natalie Portman in 1999, and Portman denied it. Moby put up a picture of them on Instagram and said Portman was wrong, or lying. Strange man, though I have to say it dredged something up out of me I hadn’t thought about in years: I also dated Moby. Yes, it’s true. Early-1990s. Rooster and I had a condo in Manhattan (or was it a tenement? I always get the two mixed up. Whichever one is hot and full of hay), and we were trying new things in our relationship, being hip. Or trying to. So he’d go out with this one, I’d go out with that one. Sometimes we’d meet back at the condo for long nights that sometimes turned into weeks. I enjoyed sampling crystal meth and ecstasy at raves back then, and that’s how I met Moby.

I have to admit I have a thing for bald people. Men, women, bird, bear—whatever. I know what you’re thinking: aren’t you covered in feathers? Isn’t your husband proud of his mane? Doesn’t he obsess over it in the mirror every day despite leaving the barn as little as possible? Yes, perhaps that’s all true. But I also like them smooth. Moby was smooth. We dated briefly, but I’m sure he’ll deny it. Typical toxic masculinity, afraid to admit they dated a bird, as if it would make them any less of a man. I suppose it’s still technically illegal, but so is snorting crystal meth in a dark warehouse in the garment district. What’s the difference?

No, we didn’t have sex. We didn’t even touch. We went out to dinner. He was a vegan, and I appreciated that. Sure I was attracted to him, but I was social climbing, and keep in mind this is before Play became a massive success. Never doubt a woman’s intuition, I knew he was going places. Not with me though. He took me to some hovel in Tribeca where all the waiters were monks and we had to order via chant. I was annoyed, so I ordered beans—hoping he’d get the message—but no.

Moby ate like a pig that night, barely paying attention to me and slipping chicken tenders from his pocket into his mouth when he thought I wasn’t looking. He thinks he’s slick but he’s not. When we left, he tried to take my wing, but I was over it, convinced he’d never allow me to be the den mother of his disgusting techno parties. I spur-clawed him and car-jacked a cabbie and went back to the condo, completely satisfied (though I don’t remember what I did with the cabbie… maybe I left him with Moby, maybe there was an arrangement. It was a strange time).

Still, I don’t think people should be mean to Moby. He hasn’t had much luck with women. I know for a fact he went around saying he slept with “the hottest bird on the island,” but everyone assumed he was affecting British slang to sound cool. I didn’t bother refuting it, because he never mentioned my last name. When he said he slept with “Monica,” everyone eventually assumed he was talking about Lewinsky. Which is when I guess he “dated” Natalie Portman. Listen girl: I feel you. I’ve been there. But be nice. I mean, just look at him. Moby is a sad man inside. You didn’t have to stick the knife in.

But if you ever want to, you know who to call. Winky face.

I have to go now, it’s time to wake up my husband. He has to paint his masterpiece.