Ariana Grande helps kids discover their complex sexualities, even if she doesn’t give it a name. 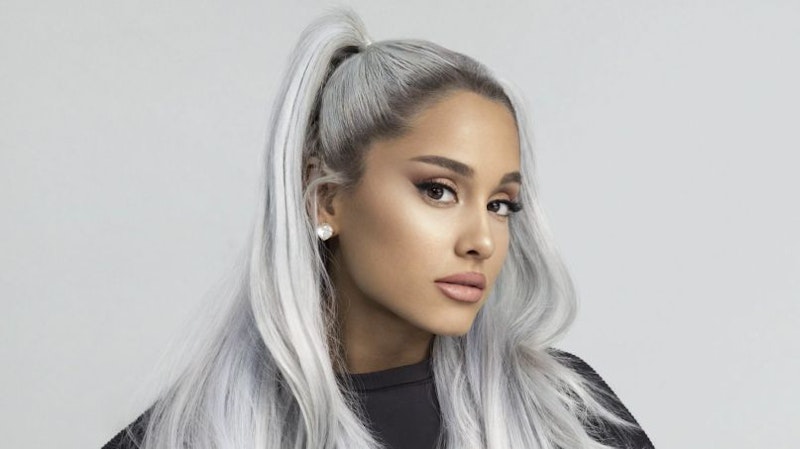 Whenever pop star Ariana Grande releases either a new single or video, some people on social media dissect every word and image like it’s a secret code. This time the debate is whether or not she came out as bisexual on her latest single “Monopoly,” where she sings, “I like women and men.” It’s not the first time Grande hinted at bisexuality; the video for “Break Up with Your Girlfriend, I’m Bored” ends with her kissing a woman in a pool. Grande says she doesn’t feel the need to label her sexuality, but should she? Is she making “bisexual” a dirty word by distancing herself from it, or should she be free to identify however she wants?

If the bi+ community is infamous for one thing, it’s arguing about labels. The most well-known example is the bisexual vs. pansexual debate, which I’ll let YouTuber Verity Ritchie summarize for now. In Grande’s case, it brings up the controversy over people who are attracted to more than one gender rejecting labels all together. “I just love people,” they say. Many bisexuals feel like this is a cheap cop-out that only furthers stigmatizes bisexuality. The more bisexuals publicly identify as bisexual, the argument goes, the more bisexuality is normalized in society, therefore making the world more bi-friendly.

I’ve written often about the dangers of bisexual invisibility, but it still needs to be addressed. Bi+ people have worse mental health than lesbians and gay men, and are at a high risk of suicide. Numerous studies show a correlation between these disturbing statistics and bisexual invisibility. It’s getting better right now—last year’s Rainbow Wave included many bisexuals elected to office—but there’s room for improvement, and Grande could help.

Look at how Janelle Monáe sparked conversations about pansexuality. Look at how Evan Rachel Wood, Amber Heard, and Bella Thorne started conversations about biphobia, especially towards bi women. Growing up in the 1990s, I had just two famous bisexuals to look up to: David Bowie and Ani Difranco. Now bi+ kids have a wide array of celebrities they can point to and say, “Hey, that’s me!” Given how popular Grande is right now, she can help normalize bisexuality even more, and help bi+ kids realize they’re not alone.

But what if Grande doesn’t want that kind of responsibility? Maybe she doesn’t want to be a bi+ icon like Monáe and Thorne. Maybe Grande is perfectly happy not giving her sexuality a name. If that’s the case, why force her to adopt a label she doesn’t want? Everyone should have the right to identify however they want, even if they don’t identify as anything. Enforcing a label onto Grande’s sexuality robs her personal autonomy just as much as when someone tells me how to identify.

If Grande wants to identify as either bisexual or pansexual, that’s fine. If she doesn’t think any label fits her, that’s okay, too. Either way, she can still normalize sexual fluidity for her large fanbase, and help kids discovering their complex sexualities realize that they aren’t alone, even if Grande doesn’t give it a name.