California SB 967 and the outing of Stephen Tully Dierks. 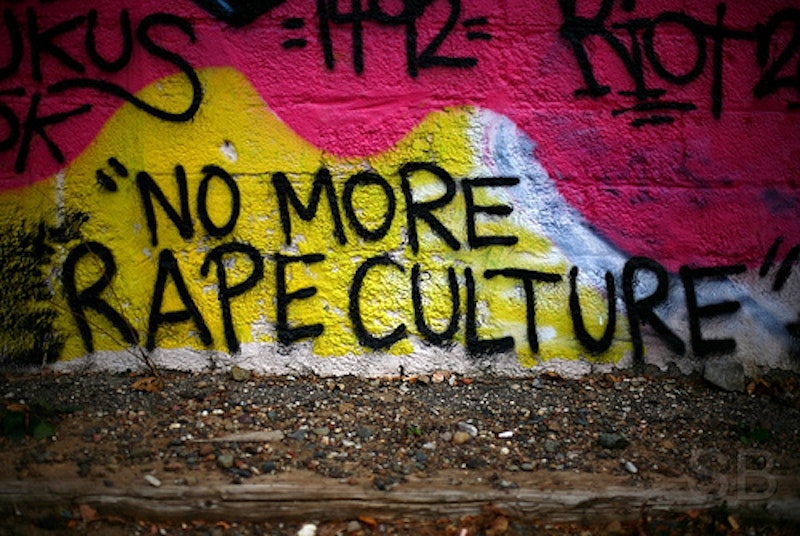 "Yes means Yes" in California, while "Yes" could still mean a variety of things in the rest of the country, I suppose. Gov. Jerry Brown has signed SB 967, a bill that mandates college students give clear and affirmative consent before having sex. This makes sense. American colleges and universities are appallingly bad at handling cases of sexual assault and rape on their campuses: it makes them look bad, they don’t want to deal with it, and it’s upsetting. People like things the way they are, and when a friend or star student/athlete is accused of sexual coercion or rape, it’s less of a hassle to doubt or even blame the accuser for causing a ruckus in the first place. How else could Columbia fuck up this bad? This country’s culture has some serious sexual hang-ups, and the “Yes Means Yes” bill is a step in the right direction, even if it might be awkward or absurd in execution (the idea of using a “consent app”—at which base do you break out the smart phone? You lock eyes in a bar, approach, whisper simultaneously, “Swipe right.”)

Morons remain, ignorant or indifferent to our warped sexual values. Writing for Reason, Robby Soave called the bill a victory for “collectivist feminists” and “doomsayers for the ‘rape-is-an-ever-worsening-epidemic’ variety,” leaving his brain at the door. What the hell is he talking about? I’m dubious of anyone that uses a variation of “feminist” as a slur, and Soave removes any doubt of his stupidity by ending that paragraph with “Well done, liberals.” I’m also deeply suspicious of anyone that uses that as a slur, especially in the context of social issues. Soave says SB 967 “restores Victorian Era-prudishness to its former place as a guiding moral compass.” Huh? Rape culture is a result of Victorian Era-prudishness co-existing alongside constant and inescapable innuendo and overt sexuality. We live in a hyper-sexualized world and we still have to tap-dance and shut up about it most of the time.

Cognitive dissonance leads to victim-blaming, and victims reluctant to protest or resist for fear of their own safety. Stephen Tully Dierks, the editor of Pop Serial, was just exposed as a predatory pig by writer Sophia Katz, who was followed by several more young women who were raped or coerced sexually by Dierks. Every account of Dierks’ actions is revolting: women repeatedly saying or indicating “No” and the bro imposing himself despite. Dierks wrote it off to “how [he] was raised.” Read Katz’ recounting of how Dierks offered her a bed to stay in (his), then latched onto her and wouldn’t relent until he got what he wanted. Rape culture is endemic because it isn’t limited to a demographic or party line, and many people still carry rotten notions of what constitutes rape, probably out of fear that they would be accused of such, or could imagine themselves in that situation. A persecution complex is the only explanation for something like this. This thinking doesn’t acknowledge that the scales are always in favor of people like Dierks. As far as victim-blaming and reluctance to prosecute rapists goes, it’s a black-and-white issue. I can’t help but question the integrity of someone’s own sexual identity when they get upset at people who’ve been raped.