I Am Not My Dick

Why doesn’t anyone ever say “I love your big black brain!”? 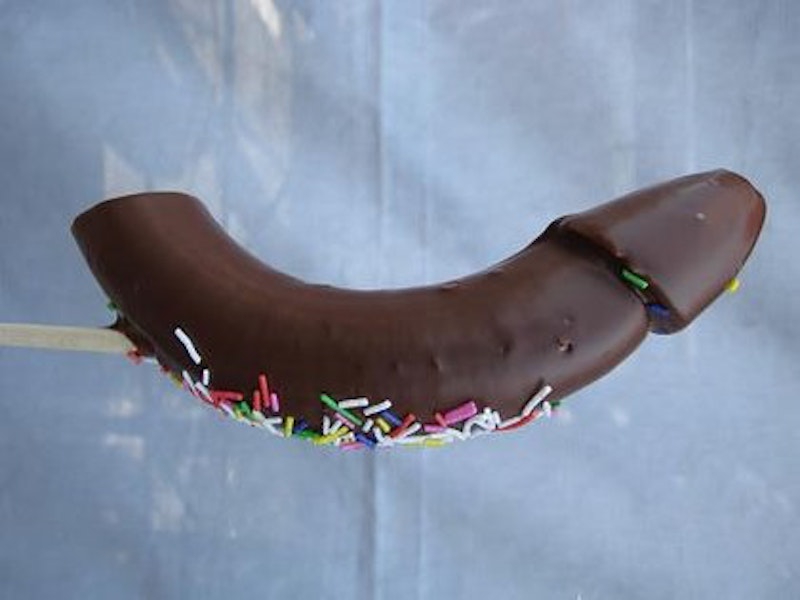 “I love black dick!” some faceless Grindr profile said to me. That’s great and I hope it all works out for u, but on behalf of black gay dudes everywhere is it too much to ask white gay guys not to open their messages to us with “I love black dick!”? Even worse is the whole “I love chocolate cock!” thing, a real-life sentence someone said to me out loud.

In the last week alone one white gay after another has hit me up making a direct reference to my dick. All is fun in pics and hand jobs, but a few days ago a guy asked me “How big is it?,” point blank, and I told him “really small” just to see what he would say. “That’s a shame,” he said, and that was pretty much the end of the conversation. Another started out with a friendly “hello!” before admitting, “I love black dick,” as if “black dick” were some sort of fabulous, limited edition ice cream. But why doesn’t anyone ever say “I love your big black brain!” or “Nothing turns me on more than a big, black bank account!!” The eerie thing is that when a white gay tells you he loves “chocolate” or “big black dicks” it’s like he thinks he’s giving you a compliment. But I would never think to flirt by racializing a part of someone’s body, like “OMG I bet you have such a HOT rice ass!”

If you’re a black gay male in the gay marketplace of desire you are automatically reduced to a number: 8.5, 9, 9.5, 10+. To be fair, though, gay men of all ethnic backgrounds love a nice, huge dick because they are fun, but in the larger scheme of things the entire gay male sexual economy is full of stereotyping. There’s the thesis that all skinny boys have huge dicks; that all tall guys are tops and have huge dicks; that all Asian guys are bottoms; that all masculine guys are tops and that all femme guys are bottoms; that short, young or guys into fashion are all fabulous bottoms.

When you’re black or Latino you’re automatically assumed to be a virile top with a big piece that can’t wait to pummel tiny white asses. Sex is the only thing you’re good for, even though there are virile bottoms and femme tops of all races. On one occasion I saw a hot guy whose profile said specifically, and in all caps so you couldn’t miss it, NO BLACK GUYS. Fair enough. But then he sent me a message and I was so confused. “What do you want?” I asked him. “You don’t like black guys.” “Black guys are for fucking not for dating LOL” was what he said to me.

When you say things like “I love chocolate/black cock,” my white queens, it sounds like you’re only interested long enough to quench your thirst for “big black dick” rather than the person attached to it.

Part of me thinks that, well, Grindr is primarily used to facilitate hot sex between boys so people shouldn’t really feel offended if someone gets straight to the point. But just because it’s Grindr doesn’t make it immune to critique, and the one thing Grindr makes clear is that there is a fine, problematic line between giving a compliment, having a learned sexual preference and straight up objectifying. Which is it?

We all objectify one another to some extent. That’s what desire is all about. You find a few physical things you really like about a person and you focus on them. I’m short, so I love when a guy is taller than I am. I love feeling smaller than him and I love looking up into his eyes. Does that mean I objectify tall guys? No. It’s objectification when the only reason you’re interested in the person is because they have a body part or feature you’re really obsessed with, meaning you end up treating them like a thing that can perform a service for you, not as a person with a history, a story, dreams and fears. You have to be interested in the whole person, not some stereotyped idea of them.