Though happy nonetheless (and, in the old sense, quite gay). 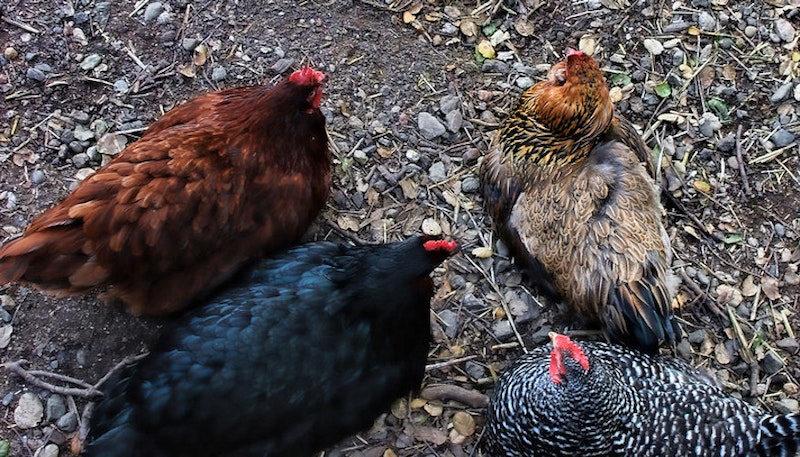 Things are going well. That should be the name of my column: “Things are going well.” It has a nice, genteel ring to it. I’m a nice guy. I do nice things: I’m married, employed, and productive. I turn off my air-conditioning and unplug all of my aquarium tanks on our state energy company’s “peak day.” I helped save my neighbors three dollars and four cents. I’m happy, but not prideful. I’m relaxed, but not slothful. I’m ambitious, but not envious. This is how I go about my day. And I think about this.

When work is going well, the mind wanders. I think about Emma and Rolocat, how I’d love to meet them. I’d like to be friends with a cat and its master. I’m curious about the cat, how it feels being mortal—I mean, what it’s like to live in bucolic Hamilton, in Baltimore, Maryland. Yeah… yeah, I’d ask Rolo that… I’m still waiting to hear back from “Biker Smooth” (fake name?) to mail me my brannock device. I need shipping details and have to make sure a signature won’t be required upon delivery. I can barely work up the courage to answer the door any more… people like Emma are calling me a “pervert bird” on the Twitter site, and a comment like that from someone who I thought was a friend and colleague just crushes my spirit and it takes so much strength to recover.

One time, Antifa associate Noah Berlatsky called my wife a whore. At least I think it was him—he feigned innocence when I showed up at his doorstep wielding a knife and super-glue, begging for his life—and unlike my cousin Bennington (or even my wife Monica these days), I felt bad for him, and let him go. I erred on the side of caution. I was still angry, but I channeled it into my writing, just as Noah channels his anger into his writing. Remember when John Boehner was crying about being deported? Heh. Good times… that’s how I choose to remember the year I spent in Guantanamo Bay (or was it six months? I can’t tell, yet I still miss Bucky). I chose to cope using drugs; Monica chose to cope by joining an extra-judicial paramilitary group operating out of Africa. DON’T EVER BRING UP KILL BILL WITH HER ABOUT THIS! She will kill you. I’ve been thrown in the doghouse (and even once the outhouse) for making such flippant quips. “Facts don’t care about your feelings,” the angry virgins scream. Well, I beg to differ: reality is fundamentally subjective. Facts are malleable. Where you see blue, I see white. And I think about this.

(I’ll point out that this new tic of mine—“And I think about this”—is stolen wholesale from Ms. Emma Wenzel, and here I give credit to her for the first time, despite being called a “pervert bird” by her and her cat threatening to murder my family and me.)

I saw no fellow members of the animal kingdom out on my walk this morning, and I’m happy to say that they weren’t missed by me. I like being alone, and isolation fuels my creativity. Ideas come like pearls around my neck, offering me books and money all day long. I stare out now at the blazing hot summer sun and think about all the homeless people and wayward animals struggling on this planet. I wonder how they deal with all of its madness, suffering, trials and tribulations. Somehow, they do. They do every day, and they will until the end of time, until the universe collapses into itself. R.E.M. named their final album after this concept, Collapse Into Now. And I think about this.