Monica Has Abducted Her Husband

Someone please go to the Quibbits residence in Massachusetts, we’re publishing this under duress. 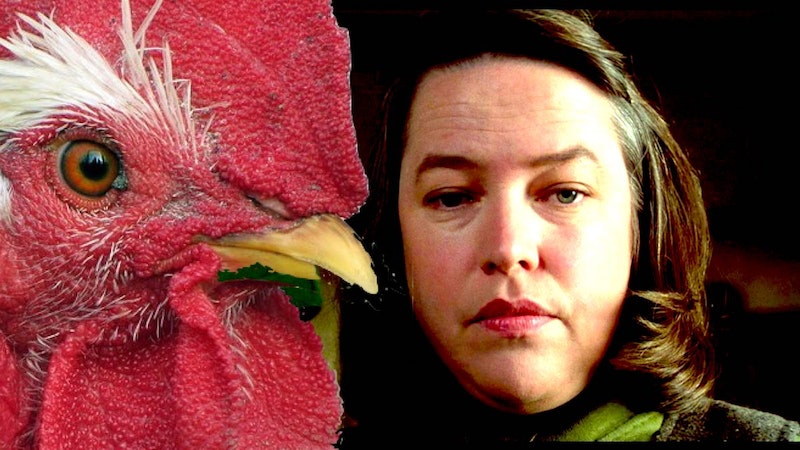 Compelling, adroit, and motionless—I have a sore throat. My sense has been thrown and all of a sudden my head is full of jam. I don’t like blueberries, only mustard. Monica only gets the best mustard, the German kinds, the sauerkraut kept to a minimum, as it is a cliché German food, one that an ignorant American eats or imagines a German doing the same. I prefer the Brutallehausen, stuffed pied-filled with as many meats available. This includes a wide range of possibilities never considered by people originating from outside of Central Bavaria.

But I digress. I haven’t been feeding my husband well. No, it’s not a Phantom Thread situation, although I responded to that movie in a visceral way. More than my husband has done for me in a decade. Am I live right now? First Fridays of the month are meant for silliness, and today I am running past caution with my cloaca spraying. You probably know the term “cloaca”—a piece of my anatomy I’ve mentioned several times in this space—but you don’t know the solids and fluids that emerge from it every day. Billions and billions of birds across the world, expelling their waste in the wind. Beautiful, in a way.

Sorry, I’m beginning to sound like my husband. I must admit I don’t like his prose. I find him too optimistic, too prosaic, too worshipful of the romantic and “mystical.” Baby there ain’t no world but this one, and we gotta ride that ghost pony all the way into the boneyard. That’s the way I’ve been trying to live my life, and with Roo, it’s hard sometimes. He doesn’t like it when I bring up ppigg’s tweets about hard drugs and push-ups. “Hard drug Friday, who shootin up what,” one tweet read. Another: “Babe are you feeling ok? I think you’re gut microbiome might be off.”

Rooster didn’t like that one. It “touched a nerve,” the nerve in his stomach, but also in his brain, the bastard. I don’t like having to play male-female nurse with him every other week when he “comes down” with the chills. I also can’t explain his condition: without drink, drugs, or drain cleaner, he’s a silver whistle, and I’ve kept his diet restrictive and nutritious. Perhaps he’s having a religious experience; perhaps he’s mad; perhaps he’s experiencing something I’ve never had: sadness. I don’t know depression, I’m not spiritually weak enough to allow myself to “get down.” The only time I ever “get down” is when I (Monica Quibbits) smoke black tar heroin with a peacock named Sally in Overton.

My husband doesn’t have to know about that because he won’t be reading this column. I’m putting him into a total media blackout until the spring—so until July or August, Rooster will be incommunicado as I experiment on his body and play with him in the spirit of “’til death do we part,” because my games may very well kill him. That’s okay, I’m not worried. I stop short of vivisection. But I’ve been inspired by “physiological cinema” and other works of art that attempt to conjure the only sense with an impossibly representation: smell. If I can make a movie smell (through government connections—those of which I’ve mentioned before), I can die a happy hen.

And Rooster will be proud. He’ll feel however I want him to feel, because soon he’ll be mine. Soon you won’t be hearing about Always a Stone or visits to Guantanamo Bay rehashed any more. You’ll be free of that, and you’ll get to read more about my ablutions and how Heather down the street is a cunt for stealing my lighter the other day. I’m a better writer because my lived experience not only includes motherhood (aborted), being a daughter (complicated), being a wife (kaleidoscopic), being an extrajudicial international assassin (fun as shit), and being a drug addict (tragic, isn’t it?).

See, I have a lot to offer. My husband Rooster, bless his heart, will never fulfill his ambitions. His aspirations. And his cousin Bennington? Please, he’s locked in my basement, where he’s been without water or food pellets for three days now. I’m all shook up in all the best ways. I’m ready to go Andrea Yates on my family. Thank you Splice Today for publishing this, you are brave, you are brave, you are good people—not like my husband, who would never hurt a fly to defend his honor. The death of a weak person is insignificant. Long lieben Monika.