Slipping meanings and semiotics of our most vulgar phrases. 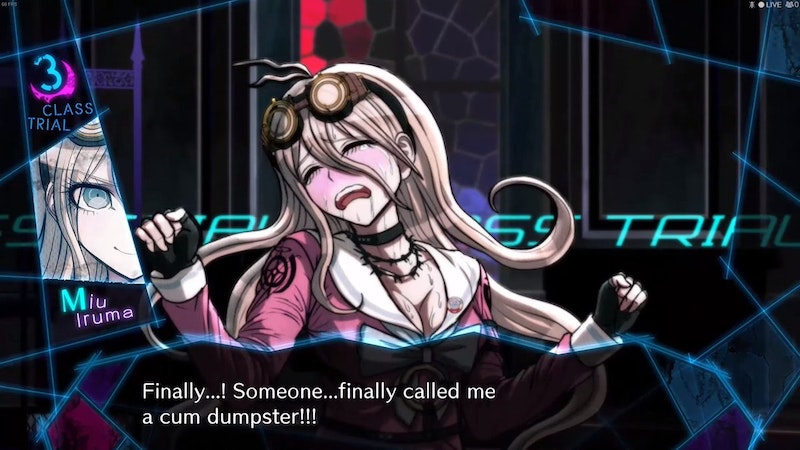 “I think if someone asked me to call them that, I’d oblige, but it’s certainly not something I’d choose to call someone unsolicited,” said Brad. “I kinda get the sexual appeal of the phrase, because good sex can come from a sense of mutual degradation, but the phrase is so caveman-stupid I just can’t get around that.”

But in response to the same question, Chad felt a bit differently. “I see it first and foremost as an example of word-vomiting, a silly phrase that’s fun to say,” said Chad. “Gendered, not so much, since anyone can be cumpstered on. But definitely has the potential to be hurtful and degrading.”

He also implored me to consider the meaning of “dumpster” in a sexual context. “What is a dumpster? It’s a receptacle for garbage. This is so interesting to me, because it really does bring both players down into the mud,” he said. “The man is producing junk. In a way, it’s an interestingly egalitarian term. We’re in this together, we share these norms, we’re just down to our raw, animalistic, fluid-producing selves, and, crucially, that’s all we are to each other.’”

It challenges sex and gender expectations since anyone, or anything, can be cumpstered on. “A lot of our sexual terms and sexual identity terms are reactive,” said Dr. Ward. “Ever since human beings have been human beings, there have been cultural impositions on our sexuality. Women have suffered from that more than men, of course. [But] people are still testing ideas, rejecting them, adopting some. I think we’re in a period of increased fluidity, of people trying on different things.”