There’s nothing wrong with Valentine’s Day. 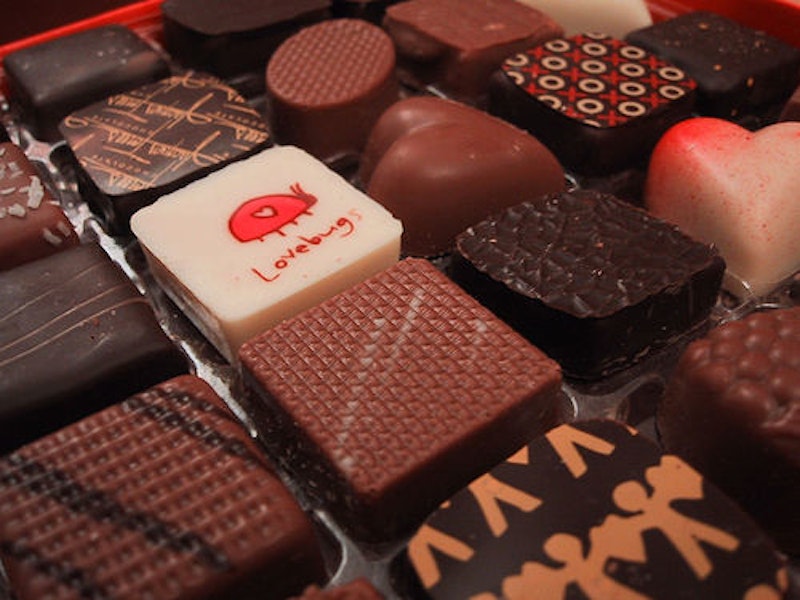 Valentine’s Day is a trivial holiday, so said the Herman Melville Experience circa 2007. It is and it isn’t. Few women will admit they really care about the holiday, but obviously what they want is for their partner to surprise them and show them they care without any prodding. So, to that extent, it’s important to be on top of your game. Taking that “Let’s not get each other anything” at face value isn’t nearly as bad as forgetting his/her birthday—a failure of mammoth proportions you’re unlikely to ever stop feeling awful and guilty about—but, you may as well get it right. So when my girlfriend insisted she didn’t care if we went out or not, I called up Ethel & Ramone’s in Baltimore’s semi-suburban Mt. Washington neighborhood and made reservations for six p.m. If you’ve never been, Ethel & Ramone’s is probably the best restaurant in Baltimore, and a sentimental favorite. In an area that might as well be a different city, the converted Cajun rowhouse is supremely intimate and cool, the perfect place to take a girl. The food is always incredible, too (ribs melted off the bone). Enough shilling; they’re doing fine business.

After dinner, we stopped off at my old high school’s Coffeehouse night. Not my preferred recreation, since I graduated two years ago, but my girlfriend is still a senior there, and I knew to oblige. As a student, I ran the Coffeehouse and took it from a step above Chess Club to an every other month concert that would draw hundreds of kids. The only legacy I wanted to leave was a space for music of all kinds, no matter how weird, loud, sincere, or gauche, to enjoy a healthy audience of peers. Even though it was a bit bizarre and unnerving hanging out at my old school, I was happy to see the Coffeehouse draw a robust attendance and great performers. One particularly inspiring girl got up and did this Mountain Goats-style piece of verbose romantic lyrical imagery. A buzz went through the room—the applause was immediate and ecstatic. She played just one song but the reaction was visceral and moving.

But there’s no return. After all, I wouldn’t have gone if not for my lady. We left early, bolted down familiar empty roads, smoked cigarettes and listened to 97.5 (at some point they went from “Heart Shaped Box” to an abortion by FUN.). On the way back to my place, I noticed familiar couples walking hand in hand up Cold Spring La., and back on the Guilford Ave. Bridge, a parade of happy dates. Inappropriate commercialized sentimentality, be damned? It’s sure better than any other Thursday in February, if you’ve got someone to spend it with. We watched an endless loop of Seinfeld episodes until we fell asleep, and I have the Hallmark Corporation to thank for that. I love being sentimental, isn’t that the best part of life? I’ll take my oxytocin; enjoy your bitter tea.