Here's What Happens At a Strip Club

If you've got some dollars... 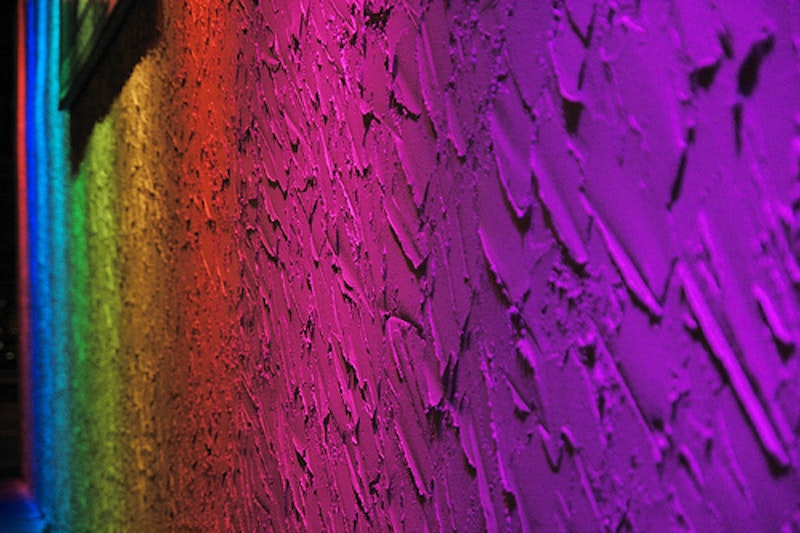 Last weekend my friend Kane invited me to a famous DC strip club called Secrets, and I was like, sure, why not. Let’s do it. I don’t know how I’ve lived all these years without ever setting foot in one of these joints but I’m watching all these dudes on porn all the time anyway so what’s the difference? On the drive over to Secrets, which is located in Southwest DC, you pass the US Capitol and you drive through some dreary manufactured place where the Nationals Stadium sits, because I guess DC has a baseball team. Anyway, you can tell that this particular area used to be hopping and full of trannies and hookers and sex and all that. It wasn’t a great idea to have all that ribaldry so close to philandering senators and very important diplomats! The stadium was probably put there to clear all of that mess out, because that’s the only reason people build stadiums in cities.

Secrets is the last surviving vestige of this red light district, and it’s tucked away on the kind of dark, secluded road you’d expect a strip club to be on. Park near the front, so you don’t get your weave snatched on your way back to the car. Kane tells me that in the past street thugs used to hang out around the outside of the club and demand money to watch your car. Translation: if you don’t give me some coins, I’m gonna fuck your shit up.

The club is split into two levels. On the ground floor, there’s a drag show going on, and I immediately feel like it’s no longer 2013 but maybe... 1995. The cabaret-style floor setup and the way these older queens perform make me think of what it must have been like to see drag in the late 80s and early 90s. The hair is big, their bodies are sparkling, but there’s no oomph. I don’t get excited. They’re not imaginative like New York drag queens. They’re not characters.

“It’s not rock and roll drag like in New York,” Kane says. And I totally agree.

As they perform to Rihanna and Beyoncé, I imagine what their lives must be like, what they do during the daytime. But really, since DC is a one-company kind of town, I wonder what everybody here does during the day. Are there any senators? High-power policy people? Bathroom stall floor-tappers? There are women and gay guys and some guys who might even be with their girlfriends, which I don’t really get.

All the nudity is on the upper level, and I start to feel really embarrassed and probably look like someone who’s never been to a strip club before. The thing is, I’m not ashamed to say I’ve been to a strip club, but no matter what you think, this was sort of the first time I’d confronted so many erect dongs, like at least 20 of them dancing all over the place.

Should I look? Oh my god! He’s dancing right in front of me and he’s looking at me and his penis is out and it’s hard. What do I do!

I definitely have a type. I love artsy hipster guys—tall, skinny, virtually no muscle, perhaps with tattoos or piercings. Scene kids. I do enjoy other same-sex loving bros, but the 20-to-30 hipster demographic really gets me going. I look around the room and everyone is so beefy, but I’m not really that interested. At least there’s diversity. There are black strippers and big, muscle queens and little twinks and people in between.

There’s one guy with dark, curly black hair who’s taking a shower behind glass, and people go up to him, slide a dollar through the crack and the guy, you know, does some stuff with that bill.

I’m looking for a change of pace, so I work the dance floor for a little. The floor is packed and everyone is losing their shit. A new dancer comes to the front stage, tags the other dancer and he starts his show. He peels off his underwear and starts getting to work. I get really turned on—finally a skinny hipster! My friend Kane can tell that I’m really into this guy, so he gives me two sweaty rolled-up dollars and tells me to go give it to him.

“No,” I protest. I can’t do that, omg. “You need to get over your fear of the dancers,” he counters. I don’t really know what I’m so afraid of. Everybody here is doing it. Everybody came here to put dollars in socks while hot cocks swing in their face. That’s what a strip club is!

The strippers can always tell when someone is uncomfy, and they go after that red-faced person and do even more titillating stuff to them. It’s always the girl who came with a group of girlfriends and they shove her up to the front of the stage “against” her will.

You’d be surprised by how much the strippers move. They don’t just dance on a box—they are basically naked gymnasts, flipping and sliding and spreading and rolling. The hot hipster dancer does his magic on the tiny stage, and I guess I’m really getting into his act so I go up, look him in the face, and he grabs my face, swings his piece, and I deposit the cash in his sock. Whew. I almost passed out, but that wasn’t so bad, I’m thinking. Other people—the real strip club pros in the audience—strike up conversation with the dancers, almost like they are BFFs or something. What could they possibly be talking about!

I really like Secrets because places like that are few and far between in urban centers nowadays. They’re getting wiped out. But going there made me realize something I already knew: I’m attracted to people’s sense of style more than just their perfectly athletic naked bodies. I watch porn, sure, but that’s a late night (or sometimes mid-afternoon) means to an end. I’m interested in stories, and the way a person dresses tells a lot about their personal story, what they’re like, and what they’re into. In the strip club it’s just about the exchange of bodies, which is exciting on its own, sure, but for me it’s more fun to see a hot guy and imagine what he’s like naked, rather than seeing hot guys who are already there. It’s not like I’m never going to go to Secrets again, but attraction, for me, is about imagination. When the bro is already butt-ass naked, what’s there left to think about?