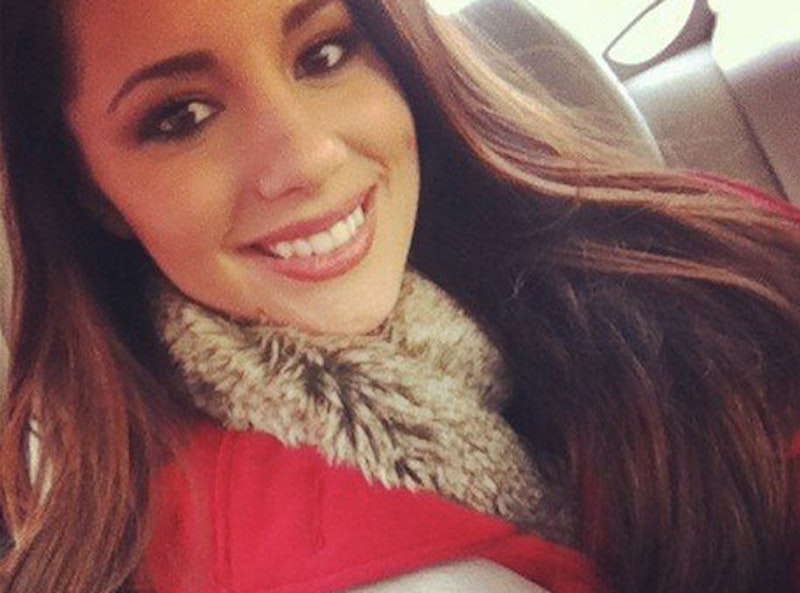 Bloggers and the tabloid press have latched onto the story of now ex-Miss Teen Delaware Melissa King and the porn (NSFW, obviously) that forced her to hand back her crown. Though adamantly denying any involvement, King resigned on Tuesday, and pretty much everyone everywhere says it's her—because, you know, it looks exactly like her, and during the pre-sex interview she talks about how she's done beauty pageants, and the anonymous off-screen interviewer says, "It's pretty interesting you're actually a Miss?... a Miss Teen?... for a certain state, I'm not gonna say the state or anything..." So, you know, there's that.

The new Miss Teen Delaware, Hailey Lawler, has already done interviews saying what an honor it is to represent her state and how she's ready to be a positive role model and excited to start volunteering. "Everything happens for a reason and I've now learned that," Lawler told Delaware Online. That's just one of about 10,000 dumbass, Chicken Soup-style clichés I've read in researching this story. As King posted on her Twitter: "God wouldn't give you something that you couldn't handle..." Prompting supporters to write encouraging tweets like, "If a good person does a bad thing, it does not make them bad" (@SHARPer_thanU) and "Everyone falls down but it's how they get back up that really matters" (@MelissaRWagner).