Because there is such a thing as penis-shaped alien mind control erotica. 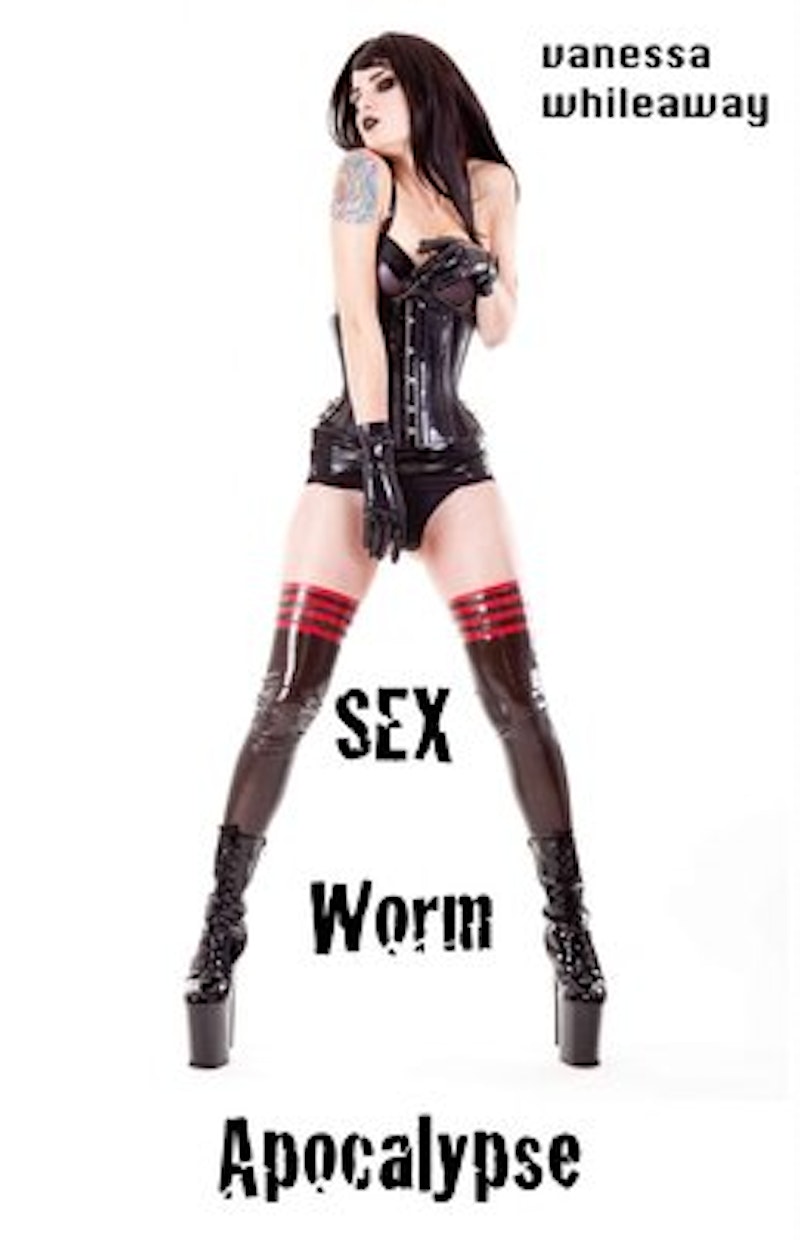 I wrote a novel last year (it’s at publisher’s auction now) with a lot of sex in it. And there were times while I was writing that I had to take time-outs with my vibrator. Writing erotica can be as hot as reading it, which is why I plan to write more in the future. So in preparation for that, I’m reading more of it. Ninety percent of it is crap and annoys me that I’ve wasted the time reading. Ten percent is hot and to me, the difference between crap and hot is the writing. If you don’t know the difference between your/you’re and they’re/their/there, I will never have hard nipples because of you. In writing or real life. Period.

So I read a story that led me to another story, and before I knew it, I was reading Vanessa Wileaway’s Sex Worm Apocalypse, which is a mind control, tentacle-sex story about alien cock-like alien worm beings having sex with girls in the science lab. One of the girls wears a “Weird Science” t-shirt, because how could she not?

“Being perverted turned her on. Slowly, she unbuttoned her lab coat and let it drop. She pulled her shirt over her head. The creature twitched. It knew, she realized. It knew she wanted it. The thought turned her on.”

“Rebecca shivered as she thought about how strongly the worm must be affected and about how pleased Erica must be to know that her beautiful, hot, yearning holes were being used in the cause of science."

There are many questions that Sex Worm Apocalypse asks and isn’t afraid to answer. Do the sex worms cure frigidity in women? Can men and women and sex worms co-exist peacefully in orgasmic bliss? What’s it like to be impregnated by a sex worm and become sexually aroused giving birth to it and nursing it?

You’ll have to read the book to find out. As for me, I was perfectly fine in Chapters One and Two. Sex Worm Apocalypse announces in the beginning that it is a compilation of three stories: “Seduced by the Sex Worms,” “Violated by the Sex Worms” and “Impregnated by the Sex Worms.” Chapter Three (“Impregnated”) was the only one that drew a wince or two from me, because sisters were involved. I have a number of sisters, have never even come close to imagining sexual attraction to them, and incest, eww. So I had a hard time finding this third story enjoyable, which was a bummer, because I was aroused by the first two.

I’d definitely read more writing by Vanessa Whileaway, with hopes of avoiding incest fantasy, if for no other reason than the exact words from the story:

“It was the words that made her come, she knew, an instant before the thing below stopped its teasing, and thrust deep inside her.”