There are moments when I’m not quite so sure what I am. 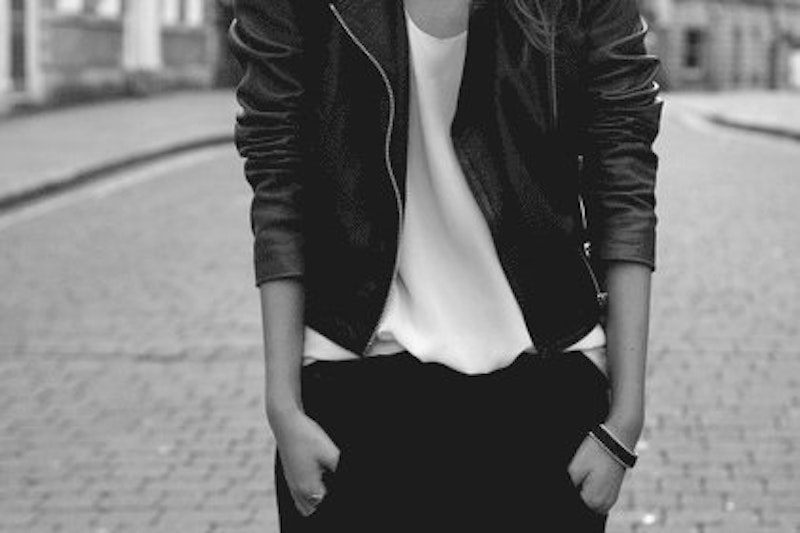 There is nothing better on this earth than a nice hot cock—preferably one that is circumcised. Cocks are so awesome! I guess that’s how you know you’re a gay boy, although to be fair there are lots of gay dudes out in society who aren’t really that into the cock per se. If I meet you and I think you’re super hot, you can bet that I’m thinking about what you look like in your nether regions because it is a fun thing to do!

When I meet somebody super hot there are a couple things I scope out about him first. In all my years of liking boys I’ve discovered that I’m not really all that attracted to guys with round faces. So, sorry round-faced people of the world! Sure, everybody has things they are drawn to in people—eyes, hands, a tight body, a nice full head of hair that is not yet receding.

But for me, sometimes things get a little bit more… complicated. I know I’m gay, as evidenced by my unconditional love of the cock. There are moments, though, when I’m not quite so sure what I am. I was sitting in the metro in Paris last week and this girl sat down across from me. I was really attracted to her. Her look was pretty simple. She was Mediterranean looking, or at least olive-skinned, short. She wore leggings, tight blue jeans and a white V-neck t-shirt. Her eyes were ever so delicately encircled by black eyeliner, her hair pulled up on top of her head but still a little bit messy. She had rings on every finger and a fitted leather jacket with studs all over it.

There I was, the boi who loves cock, salivating over this gorgeous, edgy, mysterious girl in the Paris metro. I’m pretty certain we were both checking each other out, the way you when you eye-fuck a stranger you know you’re not likely to see again.

They say sexuality exists on a continuum. You know the drill: nobody is ever fully 100 percent gay or 100 percent straight, that most people fit somewhere in the middle of that, and even then it’s a space with a whole lot of gray areas. It doesn’t mean that straight guys are all rolling around sleeping with guys all the time, although if you read the m4m section of Craigslist you might come to that conclusion! But it does mean that there are a lot more people out there with attractions that fall outside what they see as their all-encompassing sexuality. They’d probably never admit to it.

I’ve never had sex with a woman. I think that makes me a super gay or something like this, but I haven’t gotten a prize or anything, so. It’s not that I don’t find women attractive. In fact, my whole life I’ve wondered if I really am gay. I mean, I know I’m a gay, re: I L-O-V-E cock, but sometimes I think my own sexuality is more complicated than that.

If you’re a dude who is kind of arty, edgy, dark, with rings on every finger and also kind of chic, I’m going to want to have like 10,000 of your babies, but like ASAP. But I’ve learned that I’m also attracted to girls who are like this, too. So am I still gay? Am I bi? I’m not sure if I could qualify as bi, seeing as how I’m not attracted to girls the noun, only the edgy, dark, chic ones, which is exactly the kind of guy I like.

Maybe I don’t have a particular sexuality. I don’t want to go so far as to say that sexuality is a lie because I’m not sure if the majority of people feel this way. I think most people feel 100 percent straight or 100 percent gay, and would probably never have sex with the their/opposite sex or even think about as a possibility.

But I’m interested in what it means to question your own sexuality, a thing given to you at birth that is supposed to be secure and reliable. I know that my favorite type of dude is also the only kind of girl I’m attracted to. So is it possible to be attracted to types of people, rather than performed genders? We know that women are allowed to experiment sexually, more than men are anyway. A lot of straight guys want to see two women together, and women can talk freely about experimenting with other women. Men don’t have the same leeway. If you’re a guy and you have sex with a guy you are automatically a gay and not someone who is just doing stuff with people who are awesome.

I would love to know if there are any straight guys out there who have felt the way I do—who know themselves as straight but who are inexplicably attracted to certain kinds of guys. Surely I’m not the only one out here.