A recent story by an NPR youth corresdpondant argued that the modern sign of a commited relationship isn't an engagement. Instead it's
agreeing to STD tests and having sex without condoms. The blustery reaction of older people to this idea has been met with indifference from a yougner generation that's grown up skeptical of marriage and comfortable with a range of sexual experiences. 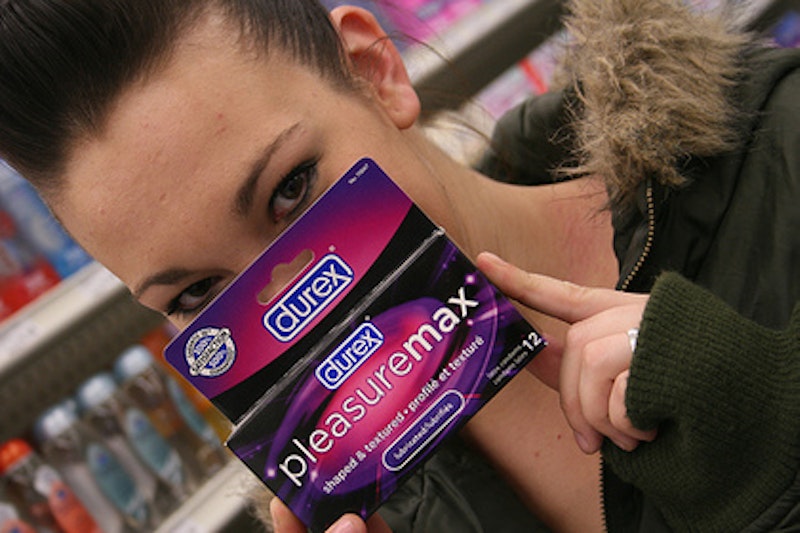 According to testimony from Pendarvis Harshaw, an NPR Youth Radio correspondent, when a couple decides to ditch condoms, get tested for STIs and make the transition to other forms of birth control like the pill, the patch or the shot, they're not only taking a symbolic step forward in terms of sexual health, but also a leap of faith in the scheme of their relationship. As Harshaw states, sex without condoms is the modern substitute for an engagement ring.

In a 3-minute spot on NPR, Harshaw defends this new "Engagement 2.0" as a realistic replacement for an overpriced ring that, given today's divorce rates, doesn't mean much. Caring about your partner's sexual health, Harshaw believes, is the ultimate act of respect and intimacy, because "it shows trust, commitment and the prospect of a shared future." And eschewing latex is in no way a symbol of the urge to take on larger responsibilities or engage in risky behavior: "The majority [of young adults] want to steer clear of children and disease while enjoying the pleasures of healthy sex," he says.

NPR's main demographic may not be the 18-to-24-year-old set, but the generational gap that screams through the comments is indicative of the seemingly impossible reconciliation between the young and the old. Most younger commenters qualified Harshaw's point of view, offering missives of support and solidarity. "People need to get over their hang-ups on young people talking about sex and on the idea that a lot of us have an unfavorable view of marriage," one wrote. And another nearly dismissed Harshaw's account as old news: "My generation knows all too well the long walk down to the health clinic as a somewhat romantic feat, filled with a lot of the meaningfulness of a long walk down the aisle. In fact, my partner and I just made that journey last week. We considered it a great date."