Use Profanity if Necessary

It's time for women to sacrifice being "ladylike" in order to combat intrusive leering and cat-calling. 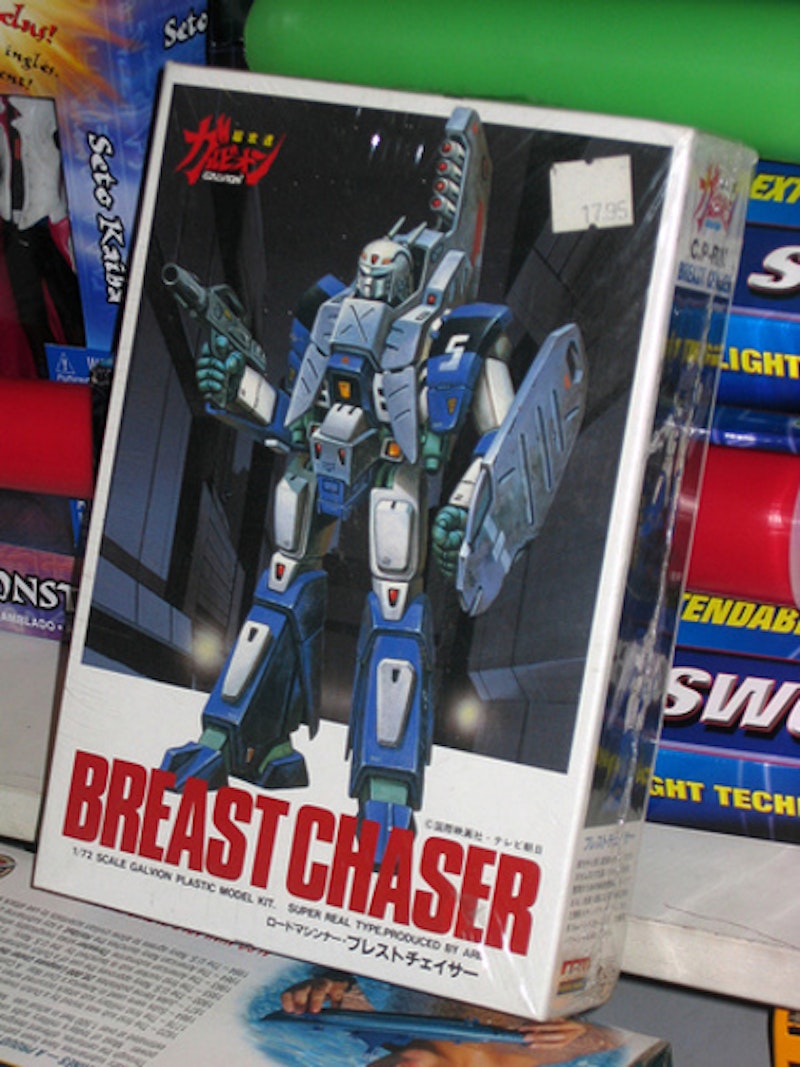 Tonight I told a man to fuck off.

Let me be clear: this is not a regular occurrence. I'm not in the habit of yelling at total strangers, or at anyone, for that matter. Sure, I flip the occasional bird to cat callers on the street, but I usually reserve that special treatment for particularly obscene construction workers. Usually, I'm a polite young woman; I smile easily, always say please, and manage to hold back obscenities during the workday and when I meet a boyfriend's parents for the first time.

Tonight though, I just lost it.

I was walking down 8th Ave. on my way home from dance class, when in the space of just two blocks, three men crossed my path. As they did, each of them looked straight at my breasts and made an inappropriate comment. I regret that the third one received the brunt of my accumulated frustration, when each of them should have received the same dose—I'm all about equality, after all. But mixed with my frustration was a healthy dose of disbelief.

It's 2008. Women run Fortune 500 companies and G8 countries, but my friends and I can't walk down the street without being reduced to nothing but tits and ass. How is this still happening? This is the country where a woman was recently on track to the White House, and where "family values" are a key issue for the presumptive Republican presidential nominee John McCain, but commenting on a strange woman's breasts as she walks past you is still commonplace.

How is it that this kind of behavior is still an everyday occurrence?

When I lived in Paris last summer, I noticed that the Parisian catcalling culture was even stronger than the one I've experienced here. When I asked some French colleagues how they dealt with it, they answered that they either ignored it, or had become so accustomed to the constant whistling and commenting, and even occasional groping, that they barely noticed them any more.

Not me. I was thoroughly uncomfortable. And now, I'm beyond uncomfortable. I'm fed up. The next time someone catcalls, whistles, or suggests, with the subtlety of Guy Number Two tonight that I "like to suck cock," I'm not going to ignore it. And I might advise other women to follow my lead, because it felt really good to yell at that guy. To let the words "fuck off!" come flying out of my mouth, dripping with disdain, to savor the hardness of the "f" sounds and the sharp glottal stop that began the "off," was magnificently satisfying.

Unfortunately, what might feel good for women—standing up for ourselves in the face of sexual harassment—could be a terrible PR move for feminism, which is why my moment of defiant satisfaction didn't last. Before long, I realized that my small act might have in fact done feminism no favors at all, because it played into one of the most popular stereotypes of all: the angry feminist.

Along with the ugly feminist, the lesbian feminist and the hairy feminist, the angry feminist is one of the most enduring stereotypes out there. It's an effective image because it fits so nicely with traditional ideas about women's inherent irrationality, their inability to control their emotions and their tendency to fly off the handle. To suggest that someone acts out of anger and not out of rational thought is a very effective way to discredit his or her views. So when a feminist, even one who, like me, is not generally an angry person, responds the way I did tonight, it's easy to dismiss her reaction: she's just being hysterical. Her objections aren't valid, so carry right on ogling her breasts. Ironically, the stereotype of the angry feminist is also often invoked to make feminists seem unappealing and unfeminine, because—and remember this girls, next time you're sexually harassed—expressing anger is oh-so-unladylike.

There are other valid objections to tonight's f-bomb, one of which is that by responding at all, instead of simply ignoring the man in question, I gave him the satisfaction of getting a rise out of me. In other words, I violated what I call the Grandpa Sidney rule of sibling diplomacy. Whenever my sister used to taunt me, my Grandpa Sidney would advise me to ignore her, which would deny her the satisfaction of a response, resulting in her eventual retreat. He was usually right, and he'd be ashamed to hear that I abandoned that rule tonight (especially since the last time I flipped a cat caller the bird, the guy laughed and thanked me for it). Perhaps, rather than perpetuate the stereotype of the angry feminist, it's best to just stay silent.

But I've never been one to seethe in silence. That's why sometimes, when I feel it’s justified, I’ll tell someone to fuck off. As committed as I am giving feminism the positive PR spin it so desperately needs, I also believe that women have the right to walk down the street in peace, and that we’re fully within our rights to stand up for ourselves when that right is violated.

So women: next time someone objectifies you, forget about the risk of giving feminism a bad name and tell them to fuck off. Try it. I promise you, it'll feel good. And men: next time you lean out your car window to catcall or whistle, well, watch the fuck out.