Kindagay Is The New Gay

Straight men appropriating gay culture has been hip for a few years now, but lately it's been taken to a new level. Kindagays can be found at cool parties, getting photographed and watched by cute girls while they make out with gay guys. Yet when it comes to the bedroom they stay hetero. Are kindagays a cooler version of metrosexuals? 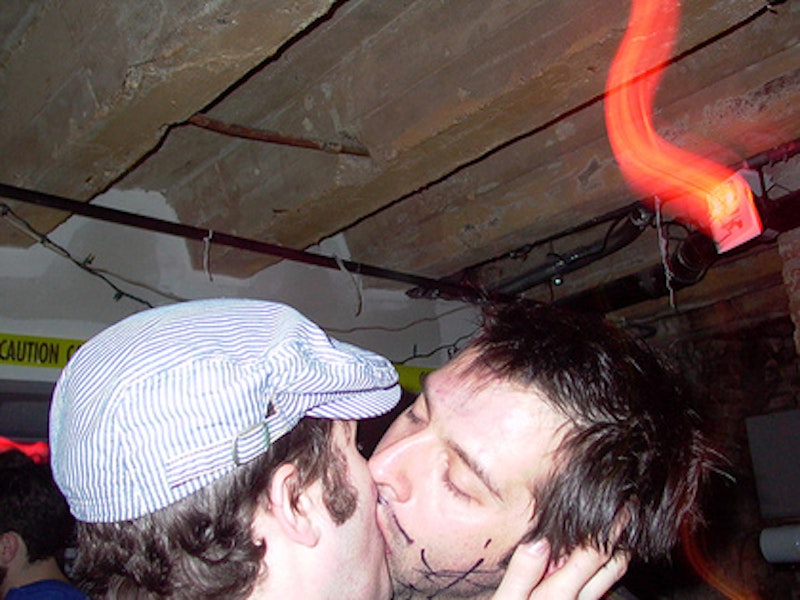 OK, let's examine the facts. You mostly kiss girls, but that doesn't mean you won't make out with boys. You don't cuddle with your female friends, but you'll gladly spoon your male ones. And though you haven't actually had sex with a guy, you haven't ruled it out either. Face it: You're kinda gay.

I'm not talking about bisexuality-the male form of which, incidentally, does exist-but rather, a more recent, intriguing phenomenon. First, let's talk about what this isn't.

"Metrosexual" is such a silly, outdated term that I'm reluctant to even mention it. But in a column about straight guys who act not-so-straight, how can I not? The difference is that metrosexuality was never about sexuality at all; It focused on a group of men with all of the surface-level gay characteristics-well-dressed, enthusiastic shopper, expertly groomed-and none of the bedroom ones. (I trust I don't need to list those.)

Once, when I asked a friend of mine to attend a party with me, she replied, "Why, so I can watch a bunch of straight guys get drunk and make out with gay guys?" And that was before the photographic evidence of said mackage went up on Facebook the next day, so aha! Empirical evidence! The kindagays are widespread.