Who Is Pat Boone?

A Wall Street Journal editor travels down a thankfully overgrown patch of road. 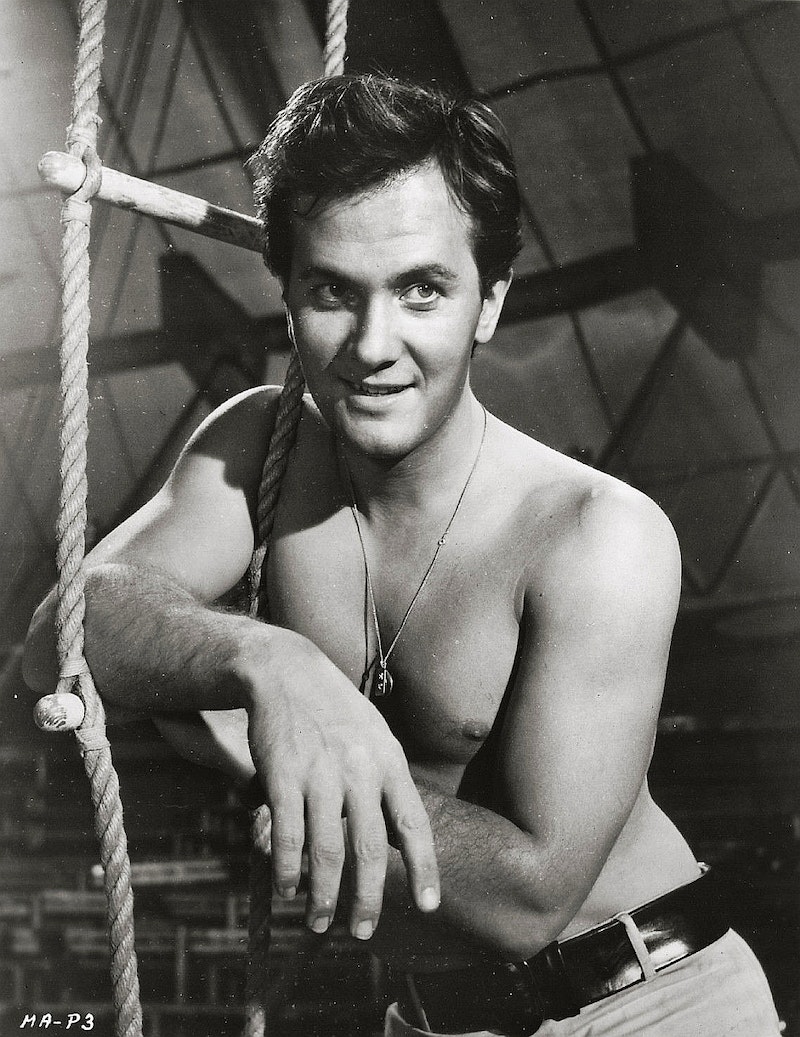 Over the holiday weekend I came across a preposterously weird article in The Wall Street Journal that served as a daily reminder that legacy newspapers (and in fairness, most ideologically-based websites, large and small) are often so out-of-touch that it’s a wonder they just don’t throw in the towel. I’m half-joking, for there’s still a lot of money to earn (mostly digital; who wouldn’t want to observe an advertising representative, pitching the print edition to a potential customer, ripping the rate card in half and selling space for a dime on the 2000 dollar?), employees to pay and shareholders to satisfy, but with fewer and fewer exceptions, the “content” no longer matters.

In this case, I’m referring to the Journal’s deputy features editor Matthew Hennessey, who contributed a “Where Are They Now” story—more suited to the circulation monster of the 1970s and 80s, People than WSJ—headlined “Pat Boone Is the Last of the Hollywood Squares.” I can’t remember the last time I read anything about Pat Boone; maybe it was a paragraph in a 1977 cream puff story about his daughter Debby, whose hit “You Light Up My Life,” was not only a cover-your-ears song but completely out-of-synch with my idea of popular culture at that time—but not in Bible-Belt America—but a harbinger of the Moral Majority’s out-of-the-closet entry in national politics. Then again, I paid so little attention to Debby that perhaps I missed her covers of “Psycho Killer” and “Kimberly.”

Hennessey, who must be a fan, open his article: “If you’re under 50, you may not recognize the name Pat Boone. Consider this: For most of the latter half of the 20th century there wasn’t a person in America who didn’t know who Mr. Boone was and what he stood for. He was the All-American; the kid in the white buck shoes; the clean-cut alternative to early rock-‘n’-rollers like Elvis Presley, Little Richard and Chuck Berry, the star of a dozen Hollywood movies, none of which contained anything resembling profanity, social subversion or a love scene.”

Hennessey then wastes space repeating the oddity of Lucy and Ricky sleeping separate beds on I Love Lucy and Ed Sullivan’s now-folklore direction that Elvis be filmed on his show just from the waist up. “Somehow Sullivan knew that the sight of those swiveling hips would arouse untamable animal spirits in the nation’s young people. He knew it would destroy something. He was right, of course. How did he know?”

Man alive, there’s so much jive in that snippet that I might have to retrieve my bongos from the memory bank, get on a Zoom session with J.D. King and just get crazy. Like, way out. One, I doubt Sullivan gave a shit about Elvis’ hips; he simply didn’t want to lose advertisers. Two, notwithstanding Philip Larkin’s funny couplet (more famous than any Pat Boone song) “Sexual intercourse began/in nineteen-sixty-three”, referring not only to the Pill but also the Profumo scandal in Britain, those “untamable animal spirits in the nation’s young people” were aroused at drive-in movie theaters, hundreds of thousands of back seats in cars, suburban rec rooms and in the broom closet at the church on Sundays (and that’s just heteros, can’t touch—sizzle!—the priests and their wide-eyed altar boys).

Also, I don’t have the Journal’s demographic breakdown on hand, but I’d guess, with the exception of those in the financial industry, that it skews heavily to those over 50, like me, so perhaps Hennessey (49) was simply roasting chestnuts on the open fire and reminiscing about the songs and movies of Pat Boone that he wasn’t alive to hear or see for the first time.

Maybe that’s why the story rings so false in many parts. As the youngest of five, I learned about pop music of the late-1950s and early-1960s as a sprout. Our family was roughly “All-American,” in that our parents were traditionalists, paid no heed to Allen Ginsberg or Dalton Trumbo, voted Republican and had a freezer full of frozen food. Yet my older brothers had platters by The Everly Brothers, Elvis, Buddy Holly, Joan Baez, Chuck Berry, The Kingston Trio, Pete Seeger, Little Richard and the early Phil Spector-produced masterpieces, and so on, but not a single Pat Boone record. It wasn’t cool: even as Hennessey claims that gals swooned over Pat and guys tentatively tapped their feet to his tunes, that was in a different America from our fairly-staid (at least in the open) Long Island neighborhood.

I’ve often ridiculed the onetime pop star (and official friend of Rolling Stone founder Jann Wenner) Billy Joel for his cornball lyrics and ridiculous album covers portraying him as a tough guy, but Pat Boone? Who the fuck is Pat Boone and why would anyone want to remember (or be introduced to) the “You look swell, Mrs. Cleaver” pap he produced so many years ago?