When Monsters Invade Your Happy Place

John Kricfalusi and other problematic favorites. 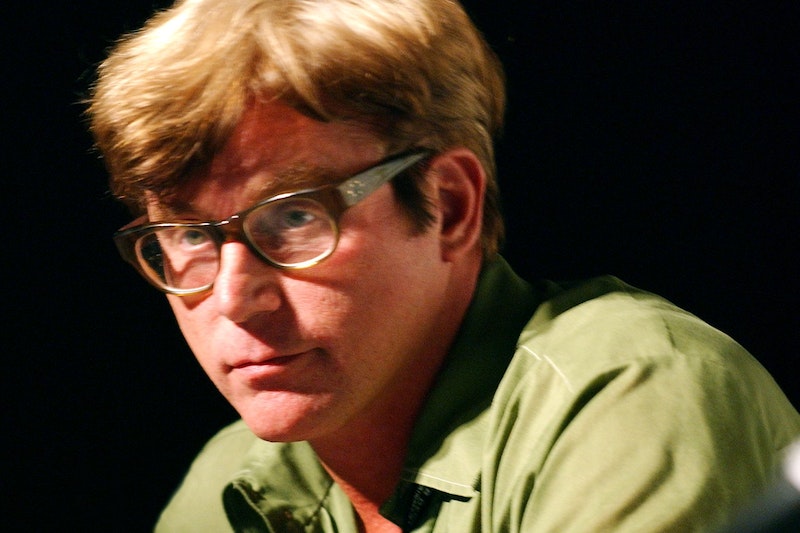 When I was a child, I collected various pop culture icons to create an alternate reality for myself called the Happy Place. It was somewhere I could go whenever the real world became too much, which was frequent. Where the Wild Things Are, The Dark Crystal, Nirvana, The Beatles, Tommy, Super Mario Bros., The Maxx, and The Legend of Zelda were all pieces of media I used to build a fantasy world that made more sense than the real world.

I pretended I was in Hyrule fighting monsters in order to save the princess. I imagined I was in the Pac-Man maze walking through the halls of school on my way to class. I sat on the couch with my Ren and Stimpy plush dolls and pretended I was watching The Muddy Mudskipper Show with them. Living in the Happy Place was the only way I could make it through my grandmother’s violent temper and the kids bullying me daily at school.

As I got older, I realized many of the people who created the works that went into my Happy Place were extremely problematic. John Lennon was abusive to his first wife and eldest son. David Bowie had sex with a thirteen-year-old girl. More recently, I found out the creator of Ren and Stimpy, John Kricfalusi, is an alleged sexual predator.

BuzzFeed published an article about two women who claim Kricfalusi pursued them when they were both teenagers. Many insiders already knew about his reputation, but now that it’s officially out in the open, it’s time to ask the question, “Can you still like something created by a monster? Can you separate the artist from the art?”

Some say no. When Bowie died two years ago many friends who are childhood sexual assault survivors were quick to remind mourners of his tryst with 13-year-old Lori Maddox. In their minds, praising Bowie’s legacy meant defending his actions. While some are point out Maddox doesn’t consider their encounter as rape, it doesn’t change the fact she was just a child, and Bowie should’ve known better. I can’t excuse that behavior.

Yet I also can’t deny how much Bowie’s music means to me. As a teenager trying to make sense of my gender and sexuality, he made it okay to blur the lines between gay and straight and man and woman. I no longer felt alone while listening to his music. The same goes for how much Ren and Stimpy. For half an hour every Sunday I could escape my grandmother’s violent temper, the bullies’ abusive words echoing in my head, and my sense of isolation. Ren and Stimpy were the friends I wished I had in real life. But am I defending Kricfalusi by praising his work?

The Tumblr blog Your Fave is Problematic says it’s okay to admire the art while condemning the artist. “No one is stopping you from doing anything,” they say. “You can like and consume their work without liking them as a person. You can even like them as a person, so long as you recognize that they do have problematic issues.” The key is not to brush aside your favorite content creators’ problematic actions, but to acknowledge them and talk to other fans about them. In the end, Ren and Stimpy is another package deal of great creation and terrible creator, and I can accept both. The show is still part of my Happy Place, but Kricfalusi isn’t.