Welcome to a New Counter Culture 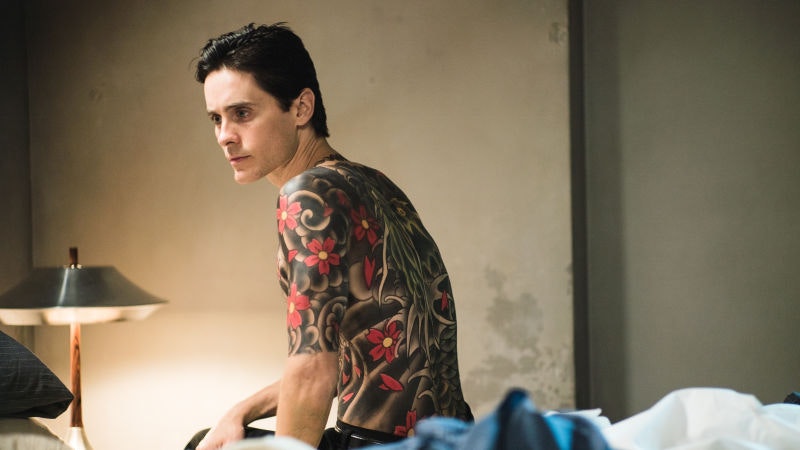 The rarest story in entertainment is male friendship. You can't find it in theaters, but Netflix has come through, bringing two portraits of men without a future, who agonize over friendship, honor and loyalty: Jared Leto's The Outsider and Rafe Spall's The Ritual.

Men really are in crisis. It starts with drugging boys to be compliant in schools and ends with two-thirds of young men entering four-year colleges failing to graduate within six, which makes you wonder whether the economy is supposed to include a future for men.

The Outsider is stylish neo-noir with a twist: it's revisionism set in post-war Japan. Jared Leto plays a veteran turned yakuza. He starts haggard and passive, with long, disheveled hair, in a Japanese prison where he first sees the yakuza tattoos, which set apart the few men who, together, make a statement that's for life. It becomes your skin, in a world where everything changes and no loyalties bind.

When he gets out, shaved, with slick-backed hair in 1950s jeans and t-shirt, he's more handsome than James Dean, and more dangerous. He's not going through teenager angst—he's looking forward to murder for honor. The movie is designed to remind you of the post-war age. But the organized crime story makes you ask, how could things go so wrong at the highest point of American confidence? The answer is simple. Men have run out of future. From the vantage point of 2018, 1945 looks different.

Leto preferring the life of a wolf pack to democratic freedom is as shocking to our times as Robert De Niro was in Taxi driver in the 1970s. But agonized men don't become stars anymore. Instead, stars like Leto, with his intense stare and austere handsomeness, go underground. He's fearfully believable as a man who starts with nothing and is perfectly capable of murder, and then he learns discipline—for the sake of loyalty, brotherhood, honor. Crime works and he prefers suffering to comfort.

Watch The Outsider and ask if we don't believe that suffering is the right education for men, why do we love violent movies, games, and sports? This beautiful movie introduces us to Japanese culture, like a computer game would or a fantasy novel. But Leto turns out to love it and become part of it, leaving us behind. How do we feel about that? Where do we go for loyalty in our world?

The Ritual is a natural companion piece to finding brotherhood in a fantasy of crime: losing brotherhood in everyday, middle-class life. Made by director, Joe Barton (follow him if you like intelligent horror), it stars Rafe Spall as a man whose successful friends have abandoned him. Spall's a fine English character actor you've seen in Edgar Wright's horror-comedy trilogy (Shaun of the Dead, Hot Fuzz, and The World's End) or in Spielberg's The BFG, or Life of PI, The Big Short, Prometheus, or the upcoming Jurassic Park: Fallen Kingdom.

Spall gets a rare chance to lead a horror with a remarkable sociological insight. We see five London friends who were once blokes: young, poor, at university, with ambition and a sense of loyalty. Now, they're all middle-aged and have no use for each other, like a sundered rock band. What went wrong? Why the disappointment? Did you think it was Oasis for life?

What killed friendship? Success. Jobs, wives, and kids. Men are out and status symbols and fads are in: dieting, avocado toast, and brunch. No more nights out drinking. Don't successful men need a respite or the company of men?

Still, they're unwilling to admit they have no use for each other anymore. They're ashamed of betraying old, unspoken promises, so they do one last guy thing. Amsterdam, says Spall? No, too touristy! Better Tuscany (fine wines) or Belgium. When young, they had fun in Ibiza. That's too vulgar now. Instead, hiking in Sweden is healthy and strange enough to impress people who see selfies and hear the stories.

These men, in early middle age, settling into success and confidence, have no idea how to be men around men. The horror here is their failure to be friends and Spall's growing realization he's alone. Loyalty was useful when times were bad, but why be loyal when you're doing well? Again, welcome to the counter culture. This is what's wrong with men and we don't even acknowledge it.