A trip to a renovated multiplex by an infrequent moviegoer and former theater employee. 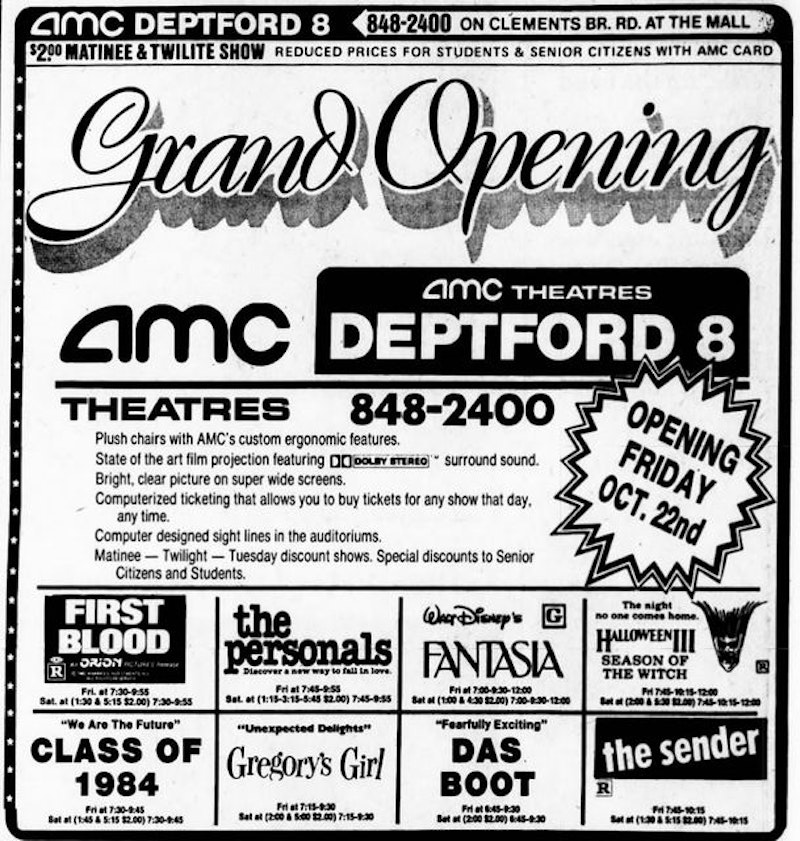 I don’t get out much, apparently. Normally we watch movies at home as a family, willing to pay $5.99 or whatever it is to “pay per view” our cable provider for relatively recent releases. Then we can microwave some popcorn, wear pajamas, and buy movie candy on sale at the grocery store for $1 a box.

I didn’t realize just how much money we were saving until I went to the movies with a friend recently. My kids had gone to see Zombieland: Double Tap over Halloween weekend while I was away, and I wanted to as well before it left theaters because they wouldn’t want to see it again at home. I phoned a friend and we headed off to a mall movie theater that had apparently recently undergone some dramatic renovations.

The first thing I noticed after we paid $13.50 a ticket (the theater employee had to help us choose our own seats on the touch screen because we couldn’t figure out which color meant taken or not taken), was the bar. Holy shit. I’m up for the ”Double Tap” themed zombie drink made with pineapple, vodka and cranberry ($10 apiece) and you can order from the dinner menu and bring all the food and drink to your seats. Times have changed from the days of deciding between Twizzlers and Milk Duds.

My friend and I are both veteran movie theater employees. I worked at the movies back in high school in the 1980s when Back to the Future and Fatal Attraction were playing. Paper tickets rolled out of my box office machine (occasional free ones from the center of the roll for my friends so the numbers wouldn’t show in the final-night count), we put the “butter” (that came in solid form) on the popcorn, film arrived to the theatre on actual film, and candy was $2 tops, and then only for the pricier chocolate—unless it was the free small bag of Reese’s Pieces that came with admission when E.T. came out, but that was a few years before I worked there.

We sure didn’t have electric reclining lounge chairs around the place in the days I volunteered to clean up after the film to score all the loose change that fell out of people’s pockets from the floor. There are full swiveling food trays in front of these recliners, too, so you can consume the $30 you just spent on the food and drinks. We had to ask if they still had “normal” popcorn because in the front window all we saw was expensive pre-packaged fancy kettle corn.

I’m not writing a Zombieland: Double Tap movie review; it’s been out too long, and after all I was drinking during it (only one because who can afford two at 10 bucks a pop and I had to drive home!) but check out my colleague C.T. May’s review from a few weeks ago. I agree with May that the originality of the first film is what made it great and would only add that probably my favorite part was the hilarious post-credits appearance of Bill Murray to explain a character’s reference to “getting Murrayed.” The fact that the filmmakers play Kenny Loggins’ “I’m Alright” from Caddyshack during the sequence makes it even funnier.  I only hate how old Bill Murray looks.