Why the MCU is Better than the Star Wars Franchise

It's all about lower expectations. 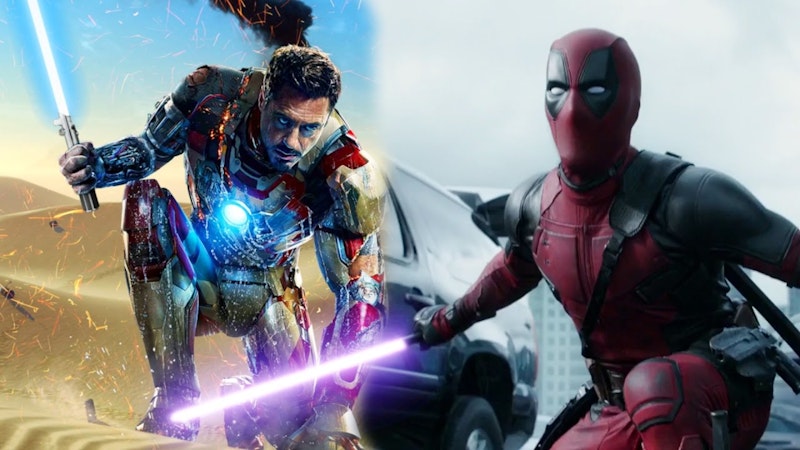 I’m not a huge fan of the Marvel Cinematic Universe. But I like the Star Wars franchise even less. I came face to face with this truth when deciding whether to sign up for Disney+. I have a passing interest in Disney's forthcoming Marvel shows—or at least I can imagine myself sitting through WandaVision and maybe even enjoying a Tom Hiddleston Loki drama. The Mandalorian, though, held no appeal at all. Even Werner Herzog's curmudgeonly interviews about how he watches the Kardashians haven’t moved me.

So why do I like the MCU more than Star Wars? I can’t make any great claims for the MCU's superior quality. Endgame was one of the worst movies I've seen this year, and that's from someone who watched both Joker and It: Chapter Two. Both Star Wars films and MCU films are fairly formulaic, loud, long action movies, which lean on nostalgia for emotional payoff. They both solemnly assure you that you can identify evil in the universe by listening for the asshole dressed in the goth outfit to shout, "I am EVIL!" They're both owned by Disney and it shows.

The difference for me is that I never expected anything from the MCU. I read a lot of Marvel comics in my youth, but even at eight I was aware that the quality of story and art varied widely around a fairly low standard. I love Ditko's Dr. Strange, and Miller/Sienkiewicz's Elektra. But those fun, imaginative, highlights are surrounded by an awful lot of Secret Wars tie-ins. I’ve never read a decent Iron Man comic, so Robert Downey Jr.'s witty take on the character was a welcome, if mild, surprise. I hate the crossover films, but crossovers are always exercises in poorly-conceived fan pandering. I knew that going in.

In contrast, I loved the first Star Wars films as a youth—and I haven’t been disillusioned, despite Lucas' best efforts to retroactively gum up the special effects. The first movie, in particular, was a gloriously odd triumph—a big budget action spectacular with the grungy, ramshackle, improvised feel of a B-movie serial. The future was filled with dirty robots, spectacular puppetry, and stilted dialogue recited with mild embarrassment by charismatic actors: Harrison Ford, Carrie Fisher, Peter Cushing, Alec Guinness, James Earl Jones. Rarely have so many bad ideas been rescued so spectacularly by so many talented people.

The Empire Strikes Back and (at least the first scenes of) Return of the Jedi managed to retain the initial magic. But after that, it's been a struggle. Digital animation has put a polished sheen on the original swampy, tactile future. Ford, Fisher and Jones have never been adequately replaced. And the seat of the pants retro hack plotting has given way to would-be serious world-building and gratuitous re-stagings of storylines and plots from the original. What is the point of a Han Solo story without Harrison Ford? How many times are we going to blow up the Death Star, anyway?

Going to an MCU film, I’m often bored and irritated. But only very occasionally (as with Dr. Strange) do I feel that something I love and care about is blandly desecrated for cash. Star Wars was always a corporate endeavor intended to sell toys. Critics at the time excoriated it for being a tone-deaf rip-off of better films like The Searchers. There's no pure past. Seeing a new Star Wars film is always a bitter reminder that I could be watching the old Star Wars instead. The Force will be with you always, I know. But at some point you wish it would stop.