Christmas All Year Round

Put a little cheer in your heart, and the country will be a better place. 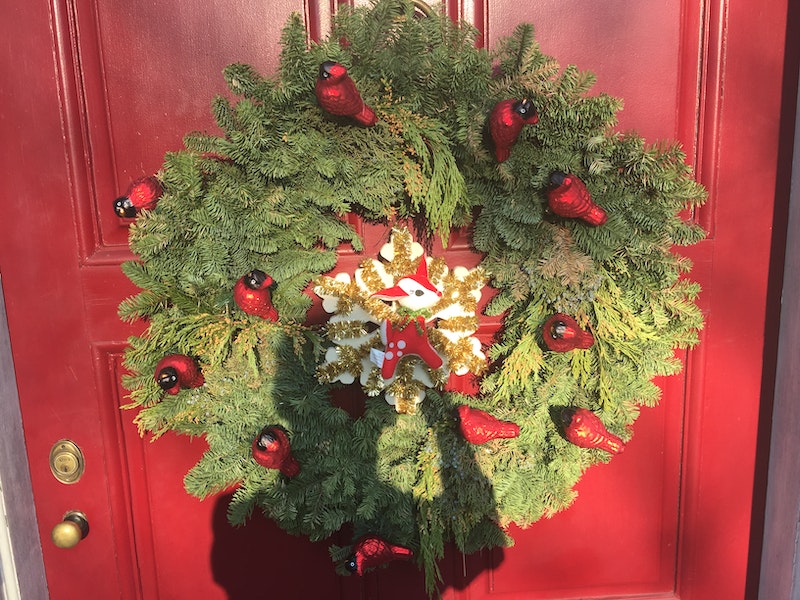 I see that for the 30th or so year running, some Christian politicians are ginning up the “War Against Christmas.” Isn’t that a stale controversy by now? I never got too invested in the rhetorical melee: You say “Happy Holidays,” I say “Merry Christmas” and that’s that. It’s mostly a meaningless greeting at this point, anyway. On Nov. 11, once known as Armistice Day, it was hard to escape the “Happy Veteran’s Day” Hallmark greeting of the week, on the same order as a knee-jerk “Thank you for your service” whenever a man or woman in military uniform is present.

Once, as I recall from my youth, there was a solemnity about Veteran’s Day—the automotive, ambulance chaser and sofa bed sales hadn’t yet proliferated on TV—a time for reflection for those killed, maimed or rendered mentally distressed rather than a “happy” day off. Same goes for the inanity of saying “Happy Memorial Day” or “Happy Labor Day,” two annual occasions that weren’t borne of happiness but rather sacrifice.

As for “Happy Halloween,” that’s simply imbecilic, and reminds me of the Peter Pan complex attributed to young men back in the 1980s, another silly construct that’s “happily” no longer in vogue. And I can’t even begin to understand “Happy Hump Day.”

On that note, I read a delightful story in The New York Times by Mariel Padilla on Sunday about a neighborhood skirmish in San Antonio after Nick Simonis Jr. angered his homeowners’ association by having the gall to decorate his property on Nov. 1 with a lit-up Santa Claus, some Disney characters and an inflatable helicopter piloted by reindeer with Kris Kringle taking up the rear. “It’s too soon for holiday cheer,” was the message the Simonis family received.

Why? It’s never “too soon” for cheer of any kind in this weird-and-getting weirder country of ours, and it got me thinking that it’d be swell if people, if so inclined, just left up their outdoor decorations for the entire year. Permanent fixtures. What’s the harm? I live in Baltimore, a city that really gussies up for Christmas and it’s often March 1 before the festive, and often outlandish, paraphernalia is put away.

This is a city in crisis: the government’s incompetent at best, corrupt at worst, exemplified by Mayor Jack Young’s proclamation, in a question about the continuing homicides (on track for 300 murders for the fifth year in a row), that “I’m not committing the murders.” (Since we’re in the midst of a Watergate revival, Young did sound like Nixon saying he wasn’t a crook, one of my favorite bits of that 18-month dramedy.) One would assume that such an asinine statement would snuff his chances for election next year (he took over for the now-indicted Mayor Catherine Pugh), but that may be too logical an assessment pertaining to “The city that bleeds.”

Anyway, as we said a long time ago, these Christmas scolds are just too “uptight, man.” We belong to a homeowners’ association, and while I don’t mind forking over a not inconsiderable annual sum to pay for private patrol cars (the drivers are unarmed), the busybodies who run roughshod over residents who don’t conform to neighborhood guidelines, are capricious in their enforcement. For example, several years ago we gave our front door a paint job, but were informed that it wasn’t the “right shade of red” and we’d run afoul of some sub-clause in the homeowners’ guide that I never read. Most of the houses on the block, built nearly a century ago, look a lot alike (called “Post-Colonial” or “Post-Classical”), but there’s one house that’s completely modern and is a money pit of ongoing construction. I dig it myself, but some kind of fix was in for the owners to get away with such a breach of blue-nose etiquette.

Some might remember liberal journalist/author/activist Norman Cousins and his unorthodox means of combatting, in 1964, a connective tissue disease that he was told just one of 500 survived. Cousins famously watched Marx Brothers films and sitcoms like Candid Camera, saying laughter was the best way of coping. It worked—although he was probably just lucky—and lived until 1990. America could use that therapy right now, since it seems everyone’s angry about everything, whether it’s politics, the self-imposed erosion of free speech and this or that identity group making scenes, some correct, some not, and the vilified Old White Man just stewing as he looks for work past retirement age.

Last Saturday night there was a jolt on Twitter when it was discovered that Donald Trump made an unscheduled visit to the Walter Reed Medical Center, and the White House offered no explanation. Some jumped to conclusions and speculated the unhealthy-looking Trump had pulled a Bernie Sanders and was attacked by his heart; my instantaneous thought was that a $50 bet with my son Nicky—he says Trump will not, by resignation or death, be in office on Jan. 1—was in jeopardy. I’m not a fan of the President, but did feel a bit churlish since he does have a family, but was put right by all the vituperative comments from detractors, who said they hoped he died a miserable death.

Since it’s now Christmas all year round, by my decree (because as noted in this space previously, I AM the Urban Spaceman, baby, and I got speed!—I frown upon such fury. (Besides, does anyone, aside from the Permanent Government, really want Mike Pence as president? Assuming Cotton Mather isn’t tossed out of office.)

Meanwhile, as Congress proceeds—at a very leisurely pace, I might add—on the investigation of Trump, perhaps leading to articles of impeachment, I’ll be one of the few who admits I haven’t a clue what’s going on. Look at social media and some smarty-pants will say, “That’s a Butterfield moment!” or blows John Bolton (John Bolton!) for being a John Dean-like hero if helps get rid of Trump. Dean was no hero, for those who aren’t familiar with 1970s history; he was just trying to get the best deal from prosecutors. I’m of the same mind as colleague Todd Seavey, who wrote on Tuesday: “You don’t necessarily have to think an arrestee is innocent to recognize corruption in the arresting police department. Likewise, I’m happy to hear any Congressional verdicts handed out—in the hearings about Trump, but I also know that it’s true the establishment arrayed against him is terrible.”

Similarly, what the fuck is up with the Democratic presidential primary? Mayor Pete surges in a Des Moines Register poll last week and everyone’s going nuts. It’s been bandied about that the South Bend mayor is a tool for the CIA, and I won’t dismiss that. How can you? Too much is hidden from the public—despite the alleged transparency—for anyone to know. Who knows, maybe Mayor Pete is a GINO (Gay in Name Only) and he’s doing an Alan Shore/Denny Crane-like routine from the great TV show Boston Legal. I jest—sort of!—but then there’s also Nanny Bloomberg and Deval Patrick making late appearances into the race. Bloomberg’s DOA, but Patrick (who must be privy to knock-out dirt on marijuana-denier Joe Biden and so was pushed into the race by centrist Democrats who fear Bernie Sanders) could cause havoc in the New Hampshire primary, since he was a relatively popular governor of Massachusetts.

As for Hillary? I haven’t the stomach to think about her trundling into the fray, sheer entertainment notwithstanding—that’s heavy lifting for The Crazy World of Arthur Brown crowd—so I’m going out right now to buy 10 books of Christmas stamps.