Raising Dion and the Failure of Inclusion Riders

Why didn't Michael B. Jordan, who lobbied on a platform of "inclusion" for the last two years, allow the space for dark-skinned black actors to win? 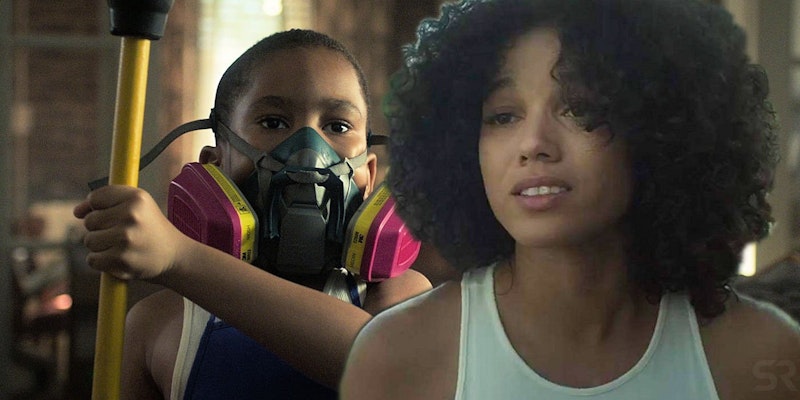 In 2017 Netflix announced it ordered a 10-episode season based on the comic and the short trailer, Raising Dion, with the executive producing helmed by Michael B. Jordan's Outlier Society. The work gained mainstream attention two years prior after Dennis Liu's promotional trailer for his comic went viral. It featured the ups and downs of a widowed, single African-American mother (Nicole) raising her son (Dion), who possesses superpowers. For viewers, it was fresh, offering a new twist on the traditional superhero origin story, and telling it through the perspective of a powerless parent who's already experiencing a more familiar form of "otherness.”

The report also revealed that Liu was signed on to direct the first episode. In a released statement to dedicated fans, Liu spoke on his commitment to diversity and expressed enthusiasm about working with Netflix: "I started this project many years ago because I wanted to see more diverse representation on film and television and I'm excited to partner with Netflix, who I know shares that commitment. More than ever, we need more stories told from different points of view and my hope with Raising Dion is to create a cinematic experience for all families that will lift your spirits and make you laugh and cry.”

The response to the 2015 comic trailer was overwhelmingly positive, with viewers expressing that the comic was an absolute necessity after the repeated film, television, and award show whitewashing failures (Dragonball Z, Avatar: The Last Airbender, #OscarsSoWhite). Liu and the comic's illustrator Jason Piperberg revealed in an interview with Fusion that the choice to make Nicole and Dion Black was purposeful—recognizing the high demand for diversity in media. They gave viewers a glimpse of a brighter future with bodies of work geared towards representing the marginalized. On March 7th, 2018, Michael B. Jordan announced he’d be adopting an inclusion rider—a condition that would require filmmakers to meet diversity benchmarks for their cast and crew—at his production company Outlier Society Productions. He’s frequently credited for other companies following suit and has created a campaign on the platform of inclusivity.

"That's super important to me," said Jordan, when asked about his company’s adoption of the inclusion rider, to New York Times reporter Phillip Gavanes in an interview last year. "No matter what community we're talking about. Everybody should be in a position where they can win." It's clear with the lead cast unveiling of his current project Raising Dion—where light-skinned actors now represent originally dark-skinned characters—that he has subsequently failed his proclamation.

This past August (2019), Netflix's Strong Black Lead Twitter page revealed the official promotional images of Raising Dion, showing actors Alisha Wainwright and Ja'Siah Young—both light-skinned—as the mother and son; it dismayed fans who had come to know different portrayals. Once-excited fans took to social media to express confusion, anger, and feelings of isolation at the change of the protagonists who initially were dark-skinned, in both comic and comic trailer. The casting of the official Raising Dion show is disheartening. The original narrative offered a twist off of the traditional superhero storyline, telling it through the perspective of a powerless parent. And not just any parent but a dark-skinned black mother whose motherhood is often disparaged in society.

Why didn't Jordan, who lobbied on a platform of "inclusion" for the last two years, allow the space for dark-skinned black actors to win? Is Jordan incapable of having a dark-skinned lead actress as a love interest? In light of his past interviews regarding race/racial injustice, expressions of wanting to avoid being typecast, and even facing racial backlash for being cast as Johnny Storm (Human Torch), an originally white comic character from the Fantastic Four (which led Jordan to pen an op-ed titled "Why I'm Torching The Color line")—the issue of Raising Dion's casting is an act that can only be labeled as discriminatory. It’s not a matter of Jordan's ignorance but rather his lack of care.

Many cited Jordan's rumored racial and color dating preferences and held him responsible for the decision of lightwashing. Jordan has embroiled himself in race-related controversies for the past six years. From the alleged "All Lives Matter" Snapchat post, contradicting statements in his 2015 GQ interview where he stated that he is colorblind and "wants roles for white men," and his recent "No Black Girls on Boat" fiasco. He took to Instagram to refute the latter allegations stating he "likes all kinds of milk" as well as making a bizarre and non-factual assertion that "There's not a lot of black women in Italy." This most recent colorist casting merely adds to his resume of racial blunders.

Though he denies having any issues with black women, the rumor continues to flow. Jordan's fanbase consists of predominantly black women, a sizeable section who are at an impressionable age. It concerns me for them to see someone who they admire and support continue to use the racist Hollywood formula of "white and light is right." It also raises the question, is Jordan pandering to black women for financial gain?

The erasure of dark-skinned protagonists can't be laid solely on Jordan—the show was also executive-produced by Charles D. King and his production company, MARCO. He, too, is riding off the advocacy of diversity. The show was also signed off by Netflix, which debuted its "Strong Black Lead" campaign after the firing of its PR chief for the usage of the n-word. Dennis Liu also supports the casting in a strange twist by promoting the show on Twitter. He says, "diversity, inclusion, and positivity, were very important to the show, so please support us..."

"Diversity and "inclusion" are words that all parties involved need to understand and embrace before using them. To light-wash the story and exclude dark-skinned people from their representation is the furthest from "positivity" and "inclusion." Diversity is intersectional; to erase Nicole and Dion's darkness shows a lack of understanding. The showrunners had the opportunity to challenge stereotypes, especially regarding black motherhood, which is political. It's important to understand that the motherhood of women that have the appearance of Alisha Wainwright is not viewed through the same lens as women who have dark skin. Commonly the latter is deemed as being irresponsible, illegitimate, and invisible. The show could’ve dispelled these stereotypes, but instead, adopted the familiar image of respectability that aligns with whiteness. This is why intersectionality is essential: while we are all black women and have similar experiences, we don't have the same experience. It's crucial for me as a black woman that we not only have a voice but also have proper representation. Dark-skinned black women are largely underrepresented in media; however, this seems to be taking a turn towards the better with films such as Black Panther and Us.

Directors Jordan Peele and Ryan Coogler have successfully shown inclusion through their films without the need for a diversity clause. Not only did Peele cast dark-skinned actors as the protagonists in his acclaimed psychological thriller, US, but he cast Lupita Nyongo (Jordan's former co-star) as the face of the film. The film was a commercial success debuting with $70.2 million on opening weekend and Nyongo receiving praise for her performance. Coogler's Black Panther became a global movement with the actresses ruling the film. Not only do both films show women with agency, but they disputed any idea that dark-skinned black people, specifically women, couldn't carry a film to victory. Raising Dion is a disappointing step backward. Erasure for dark-skinned black women isn't new, not even when a member of the black community does it. Inclusion shouldn’t be treated as just a trend or talking point; performative advocacy helps no one. But inclusion riders don’t work if it excludes dark-skinned people; it's merely the same racist formula.