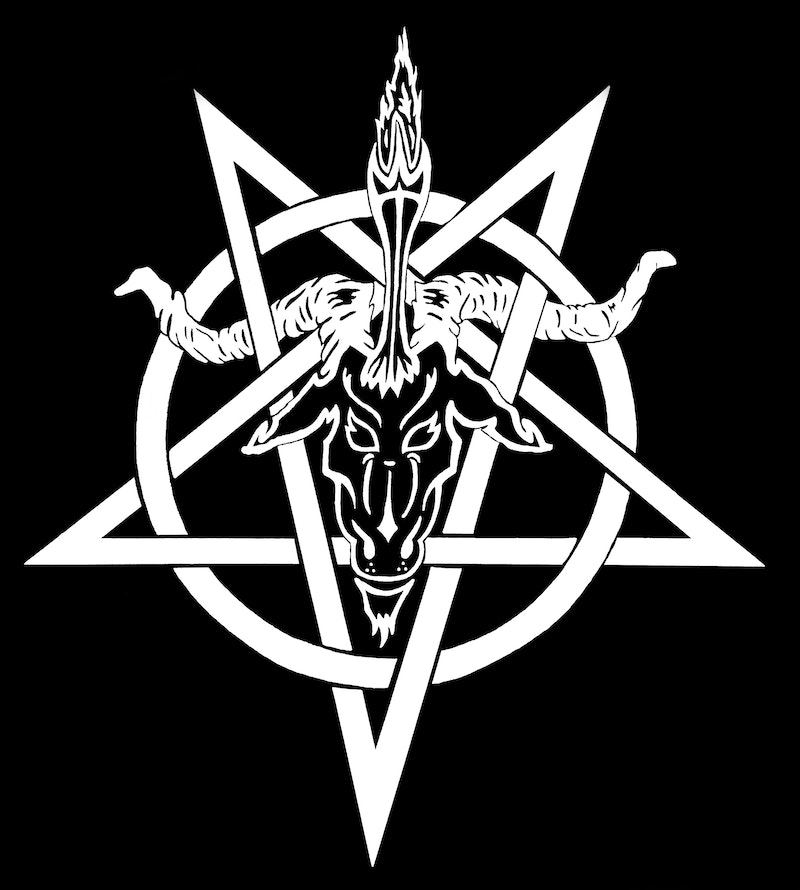 Chris Matthews writes in Modern Satanism: “Founded on bluster and insecurity, Satanism appeals to inchoate minds that feel Crowley’s ‘Do what though wilt’ provides significant guidelines for social interaction and that reading and agreeing with a single book qualifies one as the elite of society... By packaging extremist rhetoric in such a theatrical, superficially persuasive form, modern Satanism is often little more than a soft entry point for neo-Nazism & neo-fascism.”

I wrote for Splice Today, “The Church of Satan not only supported sex murderer Richard Ramirez at his trial, they are also muting me on Twitter.” I went to a Catholic primary school and was an altar boy, until some of the priests began to act in a sexualized way and I no longer felt safe in the church. When I was in my early-20s, before social media, I interviewed a local Catholic priest. It was shortly after Mel Gibson’s The Passion of the Christ, possibly the most controversial movie ever made, hit cinemas. I asked him his opinion on homosexuality. He cagily told me that it was unnatural. Later on in the unpublished interview he told me there was a Satanist witch’s coven in the area.

Recently added to Netflix was William Friedkin and Mark Kermode’s short but fascinating documentary The Devil and Father Amorth. I watched it inside a psychiatric ward on Clonazepam and Lithium. The documentary, a little over an hour, depicts the ninth “exorcism” of an Italian lady Rosa by the late father Gabriel Amorth, who was one of the Vatican’s most respected and widely requested Exorcists. Amorth suggested exhausting the possibilities of MRIs and psychiatry before approaching him: “Out of a hundred people who seek my help, one or two at the most may be possessed.” For any viewers expecting vomiting pea green soup or a 180-head twist may be disappointed, but it’s unlikely you’ll leave the film unaffected. At times, a visibly enraged and disturbed Rosa screams in a guttural, demonic voice, very clearly not her own, and very difficult, given the circumstances, to fake.

According to a Vanity Fair article Friedkin wrote to promote the film: “Rosa had no apparent medical symptoms. Amorth believed her affliction stemmed from a curse brought against her by her brother’s girlfriend, said to be a witch. Both were allegedly members of a powerful demonic cult.” I’m open to the belief in demonic possession, due to certain things I’ve seen in psychiatric wards, specifically forensic secure units. The staff in these units are trained to deal with hallucinations of roaches, ants and spiders by mentally ill criminals who, for their safety, may never leave. I also have many friends who are plagued with voices, either family members suggesting they commit suicide, or darker voices who swear, scream and laugh inside their minds. Typically they’re all drug users, heavy drinkers and self-harmers with a number of suicide attempts.

I’ve also witnessed other demonic presences, but can’t, at present, write about them legally. For this reason, I found the documentary useful and worthwhile, despite other critics having not seemingly understood the gravity of what’s clearly a visual record of the inexplicable. Friedkin showed the video to a number of psychiatric and neuroscience specialists, including Dr Neil Martin at the UCLA Medical Centre, and Dr. Itzhak Fried at the Tel Aviv Sourasky Medical Centre. Their responses may surprise you.

In a final interview, The Exorcist director asked the priest this question.

Friedkin: You’ve said publicly that you believe, referring to the current Church scandals, that Satan is in the Vatican. Do you still believe this?”

Amorth: “Yes, today Satan rules the world. The mass no longer believes in God. Satan is in the Vatican.”

But given the recent horrifying reports of 70 years of priest pederasty specifically in Pennsylvania, Splice Today’s Crispin Sartwell wrote a provocative and sad piece where he noted: “Child sexual abuse, specifically of boys, might be more or less as central to the history and practice of the Roman Catholic Church as the use of Holy Water or Communion.”

Before he died at the age of 91, Father Gabriel Amorth quietly smiled and said: “When I get to the good place I will continue to fight the devil even harder.”

I’m positive that’s what he’s doing, wherever he now may be. It’s interesting to note that the place where Rosa becomes truly demonically possessed is in an Italian Catholic Church. Friedkin wasn’t recording at the time, so no visual document of this alleged incident exists. Maybe there’s something in the idea that Satanism and Catholicism are two bipolar sides of the same thing.