Brag hags at the Times versus Moira Rose. 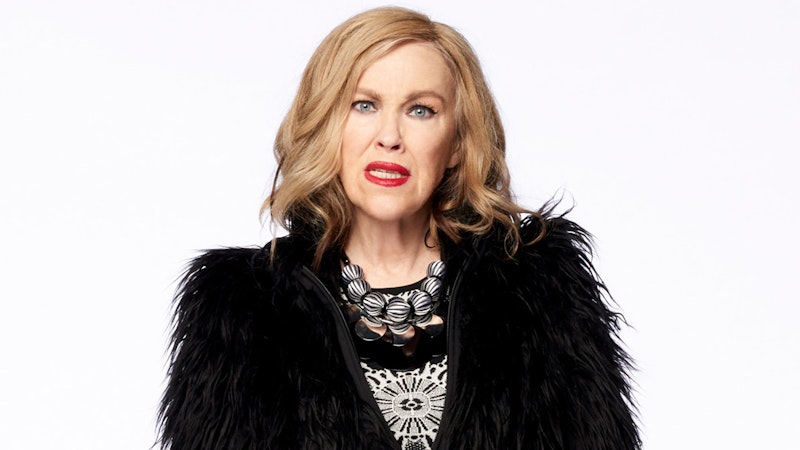 I can’t decide what’s bothered me most since I read The New York Times essay “Why I Didn’t Answer Your Email” after Splice Today’s Russ Smith called it garbage and I naturally went to check it out. Generally, I don’t pour girl-on-girl haterade on another mom writer, but I can’t purge the memory of this piece until I hack up this hairball.

Is it her humblebrag throughout the article—the 16-year-old son developing the app (not to mention his arithmetic skills: 10 minus 9!)—the phenomenal writing skills we’re forced to acknowledge she’s passed on to her daughter, or the moral of the story itself, that she has fallen on a matriarchal sword in grandiose Joan of Arc-just add-buttered-homework fashion and not answered an email because she is taking care of four children!

I winced so hard the cringe was shuddering. I’ve raised four children too, hon, have written for three major newspapers and edited several print magazines over a 25-year freelance career that includes working as Senior Editor of this website; ask me anything about balance. I’ve worked primarily at home, so understand sacrificing bigger salaries in order to chaperone field trips and be around, but that doesn’t mean I’ve ever once made sandwiches or done math homework for my kids because I can’t stand helicopter parents. And I can answer a goddamn email without the need to whine to the Times about it. (Russ said it best: we care?)

I come from an era where, even though my mom was home full time, she raised six kids and expected us to fend for ourselves. I’m proud to have carried on that cord-cutting tradition—you don’t need to know the details because you’re not their grandmother, but suffice it to say my three young women turned out okay. Even their middle school kid brother out there playing basketball in the driveway probably won’t end up in jail despite what would probably be considered benign neglect by the “mindful presence in the bedtime moment” set.

The only thing that helps you stomach that essay are the 300+ comments slaughtering it, but don’t read too many or you’re at risk for starting to feel sorry for her: it’s undeserved. The piece belonged on a mommyblog in the early 2000s where people could ignore it, period. Can’t even imagine reading her whole book (How to Be A Happier Parent).

Opposite world: I learned about the mom currently cracking me up every day from another Splice colleague: Madison Moore recently wrote a review of the indie Netflix comedy Schitt’s Creek. As soon as I saw the cast included Eugene Levy and Catherine O’Hara, I devoured it. O’Hara’s Moira Rose is the fictional mother many of us long to be but Facebook would never allow. She skipped one kid’s graduation, doesn’t remember another’s middle name, and locks the door when they’re sick in case it’s contagious. Her affected imaginary accent, outrageous outfits and overdramatic flair make the 20-minute episodes the perfect way to end real-life (not piano lesson) motherhood, and in a world where “embrace mediocrity” has been my only parenting wisdom for a quarter century, the laughter is much appreciated.