The Year of Completion

Are you prepared for another month of mourning? 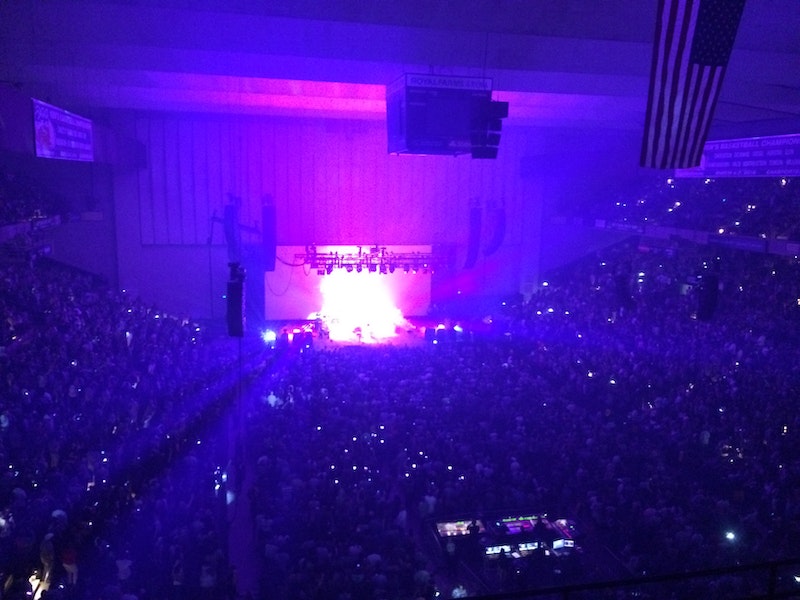 I refuse to accept that Prince is dead. It simply cannot be. As El-P put it, “I will give the world time to correct its mistake.” After David Bowie’s death in January, covertly choreographed over a year and a half with a farewell gift of Blackstar, written and recorded between chemo treatments, the celebrity deaths came in dozens rather than threes. Glenn Frey was unlucky enough to die a week after Bowie, and he was hilariously shafted in the press who couldn’t help themselves in comparing Bowie’s “serious” legacy and Frey’s history of schlock with The Eagles. Two months into the year, the public had already become numb to famous people dying. With so many high-profile entertainers leaving suddenly, the eulogies became a bit rote. Until now, none of them topped Bowie. Are you prepared for another month of mourning?

Bowie I got. Of course it was a shock, especially coming only two days after his best album in decades, but he had been a recluse since 2004, and even though he came back in 2013 with The Next Day, that album just screamed death note to me. Alzheimer’s references abound. Naturally, I abandoned my three-year pet theory with a rave review of Blackstar, excited that Bowie was back and energized and perhaps entering into the twilight of his career, with another three or four albums to come. But once the dust settled, Bowie’s exit was graceful, elegant even. As my dad said, such dignity in the face of death. Everything about it was calculated—even though it’s nice to think he cut it close, I think he opted for euthanasia once he turned 69 and lived to see Blackstar get the praise it deserved.

Prince’s death and the aftermath looks like it’ll be a much messier affair. This guy never stopped performing or recording music. He was on tour last week. He put out four albums since 2014. And unlike Bowie, he never did drugs, as far as I know. He’s been a health nut vegan Jehovah’s Witness for ages who once refused a hip replacement because his religion forbade blood transfusions, so what could’ve killed him? Not a fucking flu. We’ll see what comes out after the autopsy, but TMZ’s reports about Prince being treated for a drug overdose last week and possibly being on the spike incredibly sad.

He was otherworldly, he didn’t need drugs, he only needed his B12 shot. Should’ve seen this coming. One of the most amusing things about the outpouring of grief over social media yesterday were people at a loss for things to link to—Prince was infamously fastidious about keeping his music off YouTube, so I’m seeing links to buggy and scuzzy Chinese knockoffs with the official video to “I Wanna Be Your Lover” or “Raspberry Beret.” Though Prince could be a bit vindictive—who sues their fans?—I give him infinite respect for fighting against the idea that music should be free. Prince didn’t have to hire people to keep YouTube clean of his recordings. But it was a principled quirk that so few musicians have been willing to take, and those that have, like Metallica, have failed spectacularly in the process. I’m not looking forward to finding out the truth about Prince’s B12 shots, but I am looking forward to digging through his post-80s albums like Come and The Gold Experience, and all the bootlegs and B-sides I can get my hands on. To lose Bowie and Prince—the two only rock stars of the 20th century that everyone liked—in the span of three months? I refuse to accept it. In numerology, 2016 is the year of completion. 2+1+6 = 9. Come.