We are inching closer to living in William S. Burroughs’ Naked Lunch. 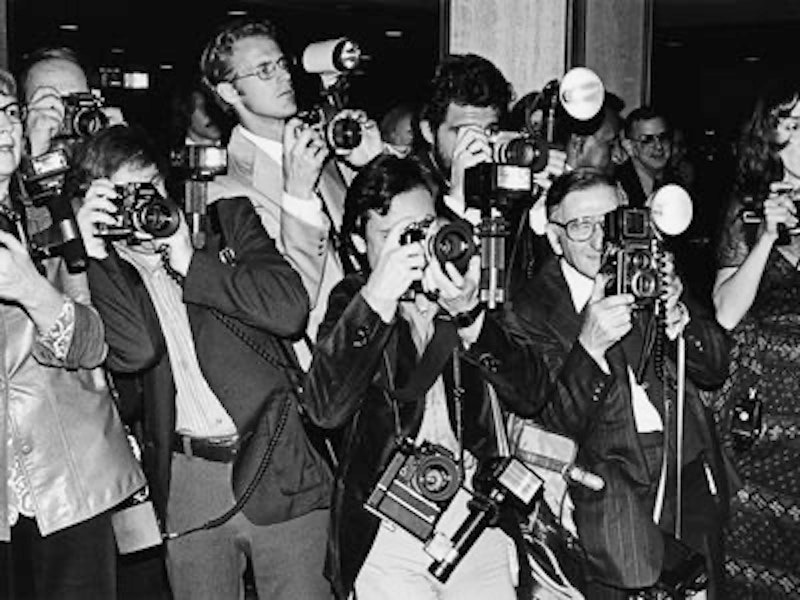 Generally speaking, I find celebrity gossip culture incredibly weird and stupid. While I can respect talented, hardworking performers for a job well done, I don’t understand the perpetual media circus that exists to intrude on their personal lives—or the way it’s expanded to include journalists, or treat realty stars like they have anything to offer. While much of the arts is rooted in self-expression, there comes a point where demanding to know more about a performer’s self than they care to express is an intrusion. That intrusion isn’t just a matter of bad manners; there’s also a point where that intrusion crosses legal boundaries.

As technology advances, we inch closer to living in William S. Burroughs’ Naked Lunch, where everyone can see what’s on the end of every fork. More specifically, the normal boundaries around personal privacy are easier to erode. From nude photos hacked from phones, to clandestine pictures taken on private property with telephoto lenses, celebrities are usually among the first to take the hit when another level of personal privacy can be breached. What could be an advantage to the rest of us is that celebrities usually have the resources to take their violators to court or press lawmakers to update privacy laws.

When then-ESPN reporter Erin Andrews checked in the Nashville Marriott in 2008, legal precedent was already on her side that she had a reasonable expectation of privacy in her hotel room. Sadly, both her privacy and her reasonable expectations would be repeatedly violated. A stalker named Michael David Barrett videotaped her through the peephole of her door, and then uploaded the content to the Internet for all to see. Barrett was eventually convicted, serving 30 months in prison plus three years probation, in addition to $12,366 in fines and restitution. Andrews successfully sued the Nashville Marriott and Barrett, with both parties sharing in a $55 million settlement. In 2010, Andrews worked with Minnesota Sen. Amy Klobuchar to introduce a cyberstalking bill, which was eventually attached to the renewed Violence Against Women Act in 2013.

In Hulk Hogan’s lawsuit against Gawker Media for the 2013 posting of a sex tape of the wrestler and the wife of a former friend, Gawker founder Nick Denton, then-Gawker editor AJ Delaurio, and their attorneys mounted a defense hinging on the supposed newsworthiness of the tape. Denton argued that because Hogan previously discussed his sex life in public media settings, like the Howard Stern Show, the sex tape, made without Hogan’s knowledge or consent, was fair game for public dissemination. Perhaps because Delaurio’s idea of a “newsworthiness” in regard to a celebrity sex tape extends to children as young as four, the jury not only sided with Hogan, but awarded him $140.1 million in damages, up from the $100 million he had originally asked for. Gawker Media is currently appealing the decision.

The large settlements awarded to Hogan and Andrews have both suggested that jurors have no patience for the increasing violations of privacy, especially where the press is concerned. As the term “Internet famous” has gained traction, the dividing line between what constitutes a private citizen and celebrity becomes increasingly thin. There’s plenty of attractive people posting pictures of themselves to Instagram with large followings—are they celebrities or citizens? The courts have consistently ruled that public figures have fewer privacy rights than ordinary people, but the judiciary may eventually have to start making clearer distinctions on what defines a celebrity.

When I do research for this type of article, I usually use three different search engines (Google, Yahoo, and Bing) so I can see a range of information that exists on a topic, in addition to the consistency of the information that’s out there. To get the full range, I also don’t have any child blocks on the search engines, which can be instructive. It tells me how permanent photographic violation is on the Internet. People who’ve had their intimate pictures and videos uploaded have described it as being violated over and over again, as Hogan and Andrews have said. What’s spooky is that I don’t usually have to use words like “naked” or “nude” or “sex tape” to stumble upon this material: the Internet serves it up. In fact, it was easier for me to unintentionally find those pictures than it was to find the information around the arrests and litigation of the aforementioned perpetrators. The cruel irony is that the Internet behaves this way because we, as stupid humans, behave this way. The mother of one of Moore’s victims actually had to tell the FBI that her daughter was as entitled as a celebrity to equal protection.

A recent case study followed up on an incident from the early 1960s, where male students from Yale were accused of sexually abusing a 14-year-old girl from the New Haven, CT area. While there was a write-up in the local press and Time magazine, there was no such thing as social media. Everyone involved moved on with their lives and put the incident behind them, and mostly turned out fine. That wouldn’t play out in the same way today: everyone’s name would be dragged through the mud, and everyone with a social media account would feel obligated to share their invariably ill-informed opinion. And everyone involved would have their names permanently at the fingertips of anyone with a functioning search engine.

The rise of the legal concept of privacy came about in the 1890s, as the print technology of the time made newspapers and books become widely available. Early versions of privacy law dealt directly with the press, in regard to rulings around “slander” and “libel,” loosely defining privacy as “the right to be left alone.” In the 21st century, the next step may be “the right to be forgotten.” In 2006, the European Union introduced a directive to help people remove embarrassing information about themselves, citing its lack of relevance to their current lives. There’s still debate over how to go about this, especially in regard to the rights of journalistic freedom, and maintaining information on a given website. But if we’re going to honor one’s right to be forgotten, then we must also respect one’s right to be left alone in the first place.