I Don't Even Know I'm Doing This 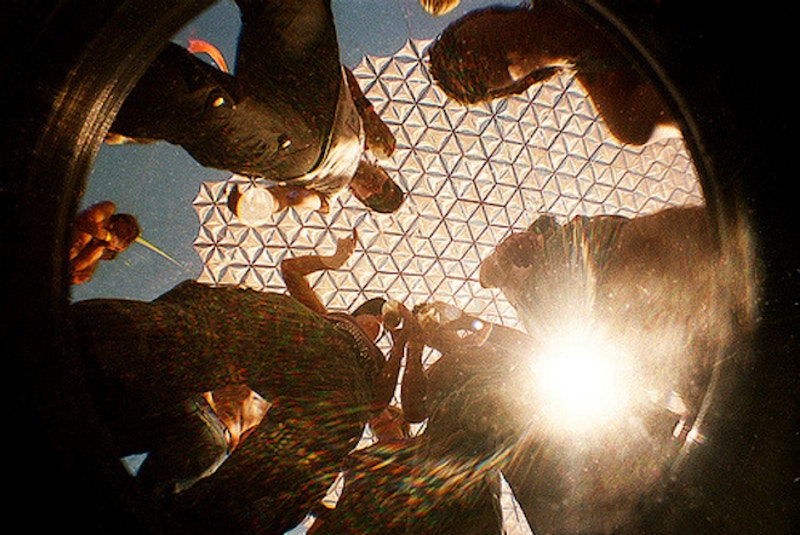 Andrew Bird: We were going through the woods shooting at logs, squirrels, and those boy things, and we came upon my neighbor's backyard.

Tim Meadows: We ended up having to write a thing for him, and it turned out okay, but I don't think it totally made it into the movie.

Bird: He has a natural glare in his eyes that makes you think he's judging you, plus that space between words, leading you to doubt what you just said, so I think he's a perfect stand-in for me.

Meadows: We ran into each other on the street, and he apologized. He lives in Scranton, and he works for the city, but he's not even—he's a mid-level to lower-level city manager of some kind.

Bird: He was very cool, he was wearing a purple turtleneck and working on a series of violet or purplish pieces.

Meadows: You feel like you're going to have a heart attack or can't catch your breath, but it's just your mind.

Bird: I kind of like the way it makes me feel ridiculous.

Bird: Can we stop recording now?

Bird: On the other hand, it's got some slightly fascist undertones to it.

Meadows: It’s easy for people to say that. That was all improvised from one of the takes that we did.

Meadows: Sometimes I'll go down a path, and I'll just pray that something's going to come to get me out of this path that I'm on.

Bird: I don't even know I'm doing this.