Frankly, Letterman, you disgust me. 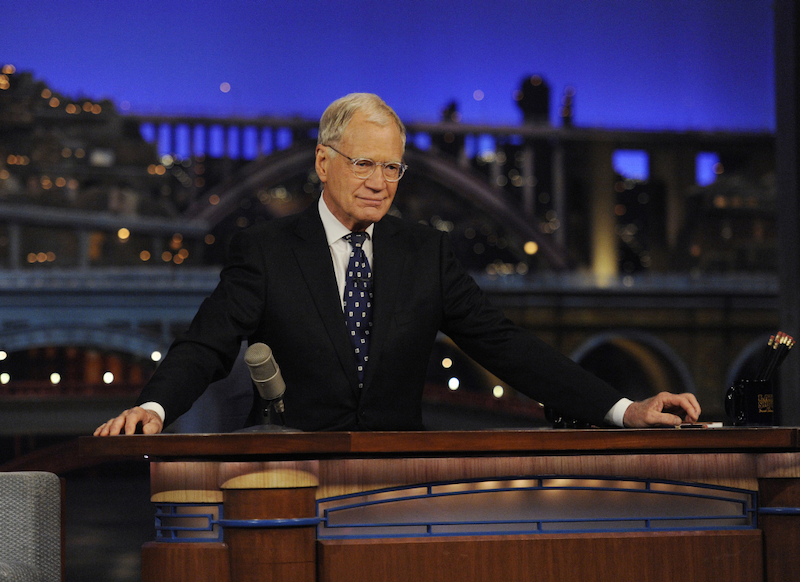 Bear in mind that the three people mentioned here had an average age of 55. Peter Lassally, handler to David Letterman, sits down with Bob Wright, the president of NBC. A decision must be made: who shall succeed Johnny Carson as host of The Tonight Show? Wright asks Lassally what he ought to do. It’s a key moment for Team Letterman. “This was Lassally’s opportunity to go to bat for his boy, and he wasn’t going to hold anything back,” we’re told in Bill Carter’s The Late Shift, a thorough but now forgotten account of the long-ago Leno–Letterman wars. “First he told Wright that he should know just how meaningful the ‘Tonight’ show had been in Letterman’s life. How much of a dream it was, how far back it went, all the way to Dave’s childhood when he watched Johnny Carson on the show. He explained how Dave had steered his career in this direction and what patience he showed, how gracefully he had tried to handle the idea of being in position to succeed Johnny. Much of this had already been fed to Wright, Lassally knew, by his allies among the other NBC executives. But it surely wouldn’t hurt for Wright to hear it again.”

Okay, but how would it help? Yes, Dave had tiptoed around Carson’s ego and suspicions, but so had a slew of NBC executives, including Bob Wright. Maybe Wright should host The Tonight Show. Worse, what’s with the childhood stuff? A sensible boy of 9 dreams about a sled, then becomes a sensible man of 45 who dreams about professional achievement, healthy kids, and a happy wife. Or perhaps he dreams of just one or two of these things. But he doesn’t dream about a corporation handing him a prize so that his 9-year-old self can feel that life is fair. There’s nothing wrong with wanting to put on a nationally broadcast hour of comedy and conversation that airs weeknights at 11:30. That falls under the heading of professional achievement. But it’s feeble to pine after The Tonight Show because it represented the pinnacle of adult life back before you had any idea what adult life is.

Jay Leno, the man who ultimately beat Letterman, appears never to have told anyone he should get Tonight so that a child’s dream might be honored—or at least he told nobody in The Late Shift. He wanted a program with an immense ready-made audience, and he wanted his due reward for years spent as Tonight’s guest host. Letterman had similar motives, but he dwelt on this silly business about Young Dave. Letterman’s pal Lassally thought that reason deserved to be front and center because—and here I guess—money can do some funny things to a fellow’s soul. Lassally spent years hanging off Johnny and made good dough that way. Now he’d changed partners and was tending to Letterman. First Johnny was his personal sun and then Letterman was, and no one feels the need to explain why the sun is important. But a talk show host ain’t no sun. It’s embarrassing to see a grown man get them mixed up.

Lassally had a follow-up argument: Letterman was “a broadcaster,” not just a comic. Leno made jokes and that was it, whereas Letterman had many strings to his comedy bow. The Late Shift tells us that Wright nodded agreement to this claim. The book doesn’t say how we know. Was anybody else around, or did Lassally and Wright both tell the author that Wright agreed with the running down of his late-night star? It’s possible. Shift came out in 1994. It was the first entire year that Dave and Jay went head to head, and the only entire year that Dave dominated the ratings. Conventional wisdom held that anyone could have seen how Broadcaster Dave would outshine his flat-footed rival. Then came 1995, followed by a long, long string of further years in which Jay outrated Dave. Being Mr. All-Around didn’t matter so much. But being the Joke Machine wasn’t so importnt either. One recalls reading that NBC had acquired more stations and that this made the difference in the wise guys’ closely fought battle.

The Late Shift has a sequel, this being the same author’s The War for Late Night. The second book chronicles the terrible hairpulling that accompanied Conan O’Brien’s brief run as Tonight host, an episode that followed the Carson succession by a decade and a half. If memory serves, nobody in War pleads childhood reverie as a reason to give him a leg-up. Nor do we hear about the shadow cast by ’90s Jay and Dave and the struggle to match that era’s achievements. (Late Shift has a lot of Johnny, Johnny, Johnny.) As somebody who watched his share of ’90s late night, I arrived at the same finding as everyone else: there was no magic. Jay was pretty good, as always. Dave was someone who used to be extremely good and now seemed out of sorts, and he’d been that way since 1985.

I remember Jerry Seinfeld braying his contempt for the notion of Tonight as be-all and end-all of a TV host’s aspirations. His advice: put on your own show and make that the one people talk about and remember. Johnny did it, and Letterman did it in the early ’80s. But Jay and the later Dave never really managed. They didn’t have to, as it turns out: momentum kept them and us chugging along. I guess somewhere in there somebody achieved a boyhood dream, but possibly not.