Leonardo may have sexually abused a young boy. 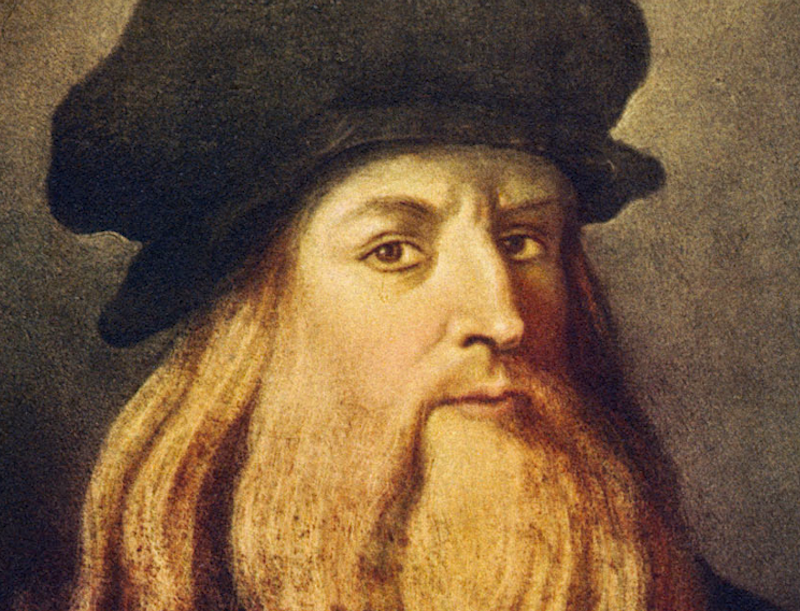 That's not supposed to be your takeaway from Walter Isaacson's massive Leonardo biography, released earlier this year. Isaacson is a Leonardo enthusiast; he wants you to celebrate the Renaissance artist's accomplishments as a scientist, a painter, and an engineer. For Isaacson, Leonardo is an inspiration. Leonardo was curious about everything; he loved to observe, to study, to think. Adapt Leonardo's habits of investigation and openness, Isaacson says, and you (yes, you!) can be a genius too.

Leonardo, in Isaacson's telling, is an enormously entertaining and engaging figure. But he's also—off to the side of Isaacson's narrative—a child abuser.

In 1490, when Leonardo was 38, a 10 year old given the nickname Andrea Salai entered his household. Isaacson says he thinks the two didn't begin having sex until Salai was 15, but he doesn't really know. In any case, there's no question that Leonardo had a sexual relationship with a young boy who was his dependent. Consent in such a case would be impossible. Leonardo raped the child.

Leonardo apologists might argue that he was a man of his time. It's true that pedophilia between men and boys in Florence in the Renaissance was widely practiced. It was not precisely accepted though, and was in fact illegal. Leonardo himself was arrested for pedophilia earlier in his life, though as the son of a relatively prosperous man, he did not face any consequences. The authorities frowned on sex between men and boys in part because people then (like people now) were homopohobic. But they also didn't want men having sex with boys then because they knew then (as we know now) that sex with children is harmful to children.

While the evidence is scarce, there is some indication from Isaacson's biography that Salai did in fact suffer ill effects. The name "Salai" is a nickname that means "Little Devil." Salai was "devilish" in temperament, and a "scamp" according to Isaacson. He stole money from Leonardo repeatedly; he also misbehaved at dinner parties, throwing food around and spilling wine. Leonardo treated all of this with amused condescension, and Isaacson mirrors his attitude. But children who steal and act out sometimes do so because they are unhappy. Maybe Salai wasn't a cute scamp. Maybe he was an abused, angry, and confused child.

The fact that Leonardo was a procrastinator, or that he was sometimes peevish or paranoid—those are minor flaws that can be discussed by the way, without distracting from the main point of his genius. If Leonardo abused a child, though, that has to be, if not the main thing, at least a main thing. Nobody picks up a Leonardo biography to read about Salai. For that matter, we don't know much about Salai, who was not a famous painter. Centering his story is inconvenient and difficult. Best to hope he was 15 when the sexual relationship began, point out that pedophilia was common, and skirt the issue as best as possible.

That's a dynamic that still holds true today, as the #metoo movement has demonstrated. People have a lot of goodwill, and a lot of money, invested in powerful male artists, whether Harvey Weinstein, Louis C.K., Kevin Spacey, or Dustin Hoffman. Sexual abuse accusations force people to choose. Either the artist's story is about the artist, and their work, or someone else is the hero of that story, and the artist's life and work needs to be seen as secondary. In order to fire Weinstein, you need to get to a place where you can acknowledge that Weinstein's triumphant story of making art is less important than the stories of the people he victimized.

Weinstein has been accused by numerous victims. On the other hand, we don't know how Salai felt about his relationship with Leonardo; we don't know exactly what Leonardo did to him, or when. There isn't any way to rewrite a story that's 500 years old, or even to know whether it should be rewritten. Still, it's worth taking a moment to think about what Leonardo's life might look like if, somehow, Salai could do the telling. It's the one thing Isaacson, and perhaps Leonardo himself, weren't curious enough about.