The Computer Is Your Friend 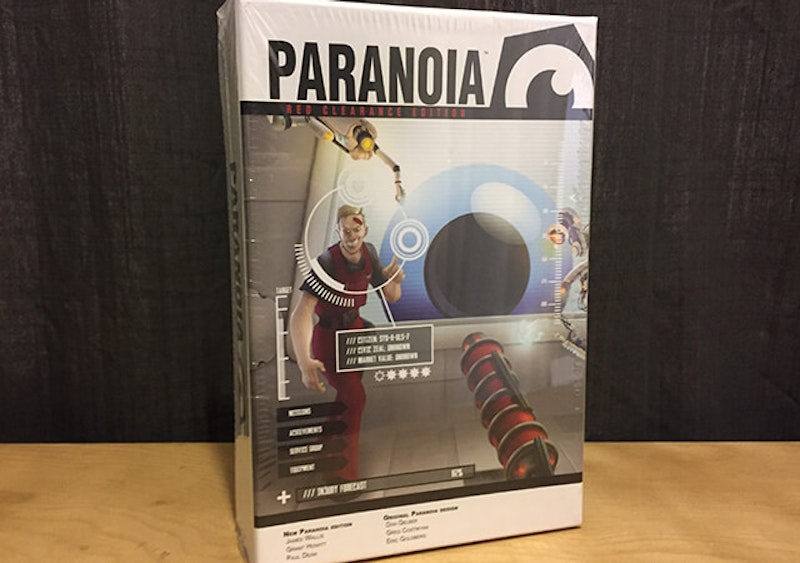 While tabletop roleplaying games are often known for being about heroic adventurers or Lovecraftian horrors, there's a lesser-known game that plays more like the film Brazil or goofier versions of dystopian novels like 1984 and Brave New World. That game, Paranoia, recently received a redesign under the name Paranoia: Red Clearance Edition. I finally managed to get around to playing it.

From reading the main rulebook, one can immediately tell that the rules were designed with a twisted sense of humor. The game outright encourages backstabbing and infighting, overseen by the oppressive (Friend) Computer. Players assume the role of Troubleshooters, who are often tasked with dealing with treasonous activities in the dystopian Alpha Complex. In earlier editions of the game, communists were Alpha Complex's most feared menace. But, true to the modern anxieties of a post 9/11 world, terrorism is the Computer's biggest concern.

In Paranoia, the GameMaster will often take on the voice of the Computer, which also interfaces with the players' Cereberal Coretech modules. In a way, Paranoia is a lot like a video game, offering a glowing yellow waypoint arrow and even a lives system—should a player's clone die, another will appear in their place. Players often end up fighting over the computer's favor, which the game actively encourages.

This game is more of a light-hearted diversion than an epic narrative. It does not substitute for games with more staying power such as Fate Core, Dungeons & Dragons, or Pathfinder. Then again, it doesn't try to. It does not offer the same sense of adventure or fantasy that other games can. But it does offer a darkly humorous take on roleplaying, one that manages to remain timely and enjoyable in our own modern world.