The Queen Isn’t Dead Yet

But the British have a plan: “Operation London Bridge.” 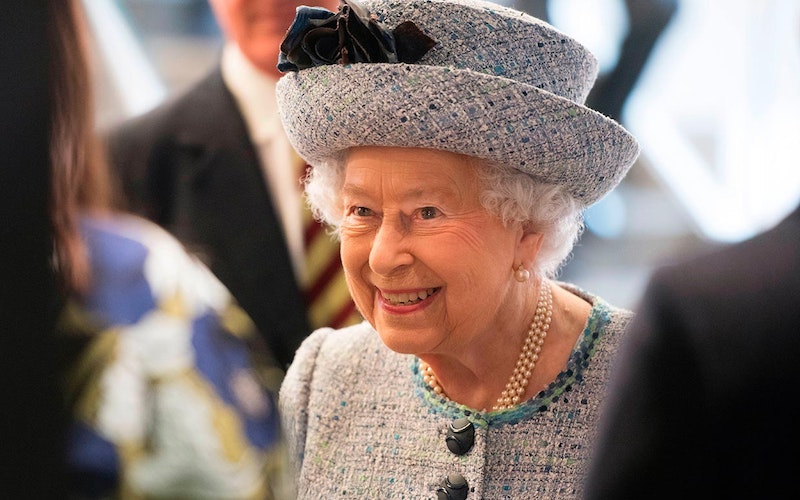 I’m just a simple unfrozen North American man, so the ways of Great Britain often scare and confuse me. You must understand that my brain is smaller due to “colonial rot” and “rebel genetics,” so give me time while I grapple with this story coming out of your country, a great country, the only country: Great Britain. I don’t know the difference between the “U.K.,” “Great Britain,” “Regular Britain,” “England,” and “Northern Ireland.” Um, what’s there? Why do you have some of Ireland? In any case, I have a hard time understanding the ways, rites, rituals, and customs of your country, so please, as your wonderful Deborah Kerr says at the end of Tea and Sympathy, “When you talk about this later—and you will—be kind.”

Queen Elizabeth’s “death plans” leaked last Friday. When the heiress formerly known as Elizabeth Alexandra Mary Windsor eventually dies—and she is 95, mind you—“Operation London Bridge” will be put into place immediately. Perhaps the loss of her husband earlier this year will lead to the classic couples’ way out, but just judging by recent photographs and the most cursory of research, I doubt Miss Elizabeth is too broken up about it. Philip seemed like a really weird guy. She probably feels better now that he’s dead.

Operation London Bridge is a 10-day plan, put together like a military document—which I suppose it is, but remember, I’m just a humble American writing on an electronic keyboard connected to a global network of people around the world. I’m still getting used to it. When the Queen dies, the “D-Days” begin. The first D-Day is obvious: “When the Queen dies, the Prime Minister will be alerted by a civil servant telephoning with the words: “London Bridge is down.” The Royal Family will announce plans for the Queen’s funeral and the PM will make a statement and hold an audience with King Charles, who will deliver a broadcast to the nation at 6pm. There will be a service of remembrance at St. Paul’s Cathedral, London.”

Sounds normal so far. Simple as, as they say, in the United Britain. Politicians lay in state here in America and most people find it really fucking weird, so we keep it short. This thing goes on for 10 days? I mean, I’m assuming they’re embalming the body. So after a week of rehearsals (a WEEK!), regular-ass Britons whose ancestors had brand new Dickens read to them in the street by locals who could actually read will finally be able to see the coffin of Queen Elizabeth II resting on a catafalque in Westminster Hall. Well, sounds familiar enough. Simple as.

Except that London “will be stretched to the breaking point” by millions of people descending on an already overcrowded metropolis to mourn the death of a woman that probably did some bad shit when she was alive. Okay. Alright. I’m with you… hasn’t gotten freaky yet… Remember that I haven’t forgotten that you invented Free Masonry (I’m assuming), so I’m looking out for any weird robes or poses that the “proles and Jews” are going to have to do (I use quote marks to indicate an arbitrary British person, all of whom I again assume think those three words in that order on a nearly constant basis, out loud and in their internal monologue. It’s a sick country, and I’m not talking Tony Hawk).

Included in the leak were various official addresses, telephone numbers, communications details, and other private information related to every member of the British (English?) Royalty, along with all of the canned social media posts that everyone in government and in the, uh, family (?) will publish upon the collapse of London Bridge. What’s their contingency plan for when London Bridge falls down? “Operation Morrissey”? MI-6 confuses me… and what’s MI-5? Why can’t Europe get more creative? I mean in general… their book covers (and especially their spines) are boring and homogeneous, everything is numbered instead of given a cool name like Snake or Pistol Pete or John Wayne, and all of their food is just copied from countries they colonized, but prepared very poorly. This I can speak on from personal experience: British cooking is terrible. I’m never going to “American Burger” again.

Operation London Bridge doesn’t sound that special, exciting, or crazy, so I don’t know why the “palace” (give me a break) is even bothering with a “mole-hunt.” Who cares! A funeral is nothing to look forward to. At least now people can plan their week—or 10 days—and make sure their cars aren’t parked in the street and that they don’t have any business in the city. That’s a courtesy we’re offered in Baltimore with Artscape, but who knows if that’s ever coming back? Like the Queen, it can go, but unlike as with her, Elizabeth II, there will be no parade.

I’d like to know the plan for what goes down when the lights go down on the night of the Queen’s death. What parties is Boris hitting up? What kind of amenities are we talking about? Is that where the rituals and sacrifices are happening? Televise that. Make Paddy Chayefsky spin in circles as innocent people are murdered on live TV. I mean, that would be a most fitting tribute for the Queen: pissing off a Jew. Yeah, I know he’s dead, but so’s she. Or will be soon, at least. Apparently.