Jack the Ripper on Wax

The invisible power of melody and nauseating ugliness can turn into timeless beauty, as exemplified by these songs inspired by one of the most infamous serial killers ever. 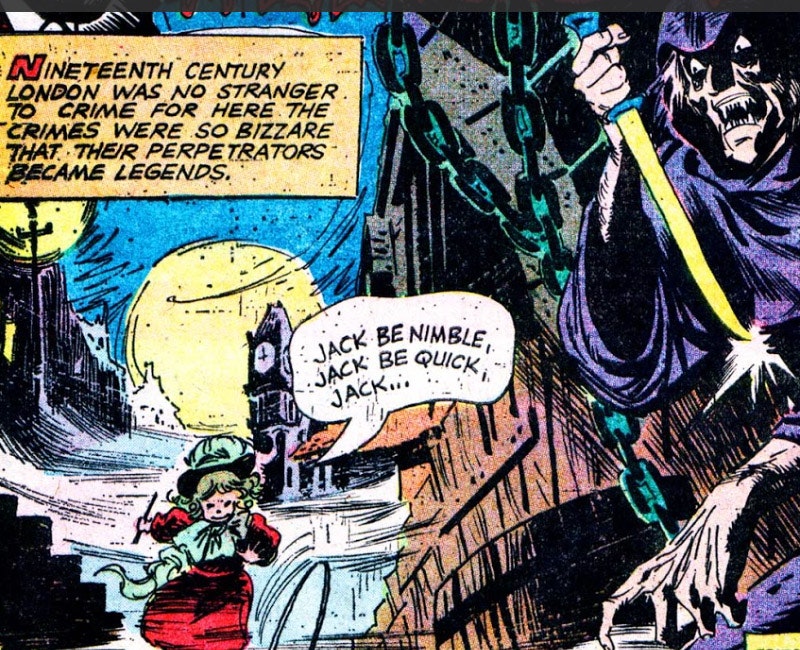 What drives artists to immortalize violence? A mentally stable person can’t empathize with psychotic murderers, but a compelling mystery is created when trying to grasp the pathos behind their evil acts. Couple this moral puzzle with the invisible power of melody and nauseating ugliness turns into timeless beauty. That transformation became spectacular when 20th-century musicians were inspired by Jack The Ripper:

One night in 1990 I tuned into Towson State University’s 89.7 WCVT to hear my favorite radio program, Yasgur’s Farm. This show played all kinds of 1960s rock and psychedelia, but had a special focus on the DIY/lo-fi music of the Vietnam era. This noise-punk slab came blasting from the Yasgur’s playlist and changed my understanding of the term “beautiful music.” “Jack The Ripper” was the creation of destructive teen crew The One Way Streets; it was the greatest “Jack The Ripper” song, and it’s unquestionably the greatest punk rock song ever made. During the 1960s The Streets enjoyed modest popularity in the Appalachian foothills, but wouldn’t become cult favorites until 1983 when both sides of their debut 7” were included on the inaugural volume of Crypt Records’ Back From The Grave, a compilation series which is to punk rock what Harry Smith’s Anthology Of American Folk Music is to Americana. The Streets’ “Jack The Ripper” proves that ugliness can give birth to beauty. Its frantic manipulation of sonic texture and rhythm is just as euphoric as any classic pop melody. The band’s wild origins were revealed in the 2000s via Buckeye Beat and their complete recordings were reissued in 2017 on a double 7” release that came out on B-W/Mind’s Eye. Back From The Grave vol. 1 has stayed in print for nearly 40 years and “Jack The Ripper” remains one of its widely acknowledged high points.

"Jack The Ripper" by Screaming Lord and The Savages (London - 1964)

The One Way Streets’ “Jack The Ripper” was a mutation of this Joe Meek production. British beat artist Screaming Lord Sutch was the first performer to have a hit with a song titled “Jack The Ripper” and the first UK artist to attain big chart success with an overtly violent rock tune. Despite his brutal punk vocals and disturbing shock rock persona the arrangement for Sutch’s “Jack” has a more jokey/”Monster Mash” feel than the Streets’ recording. Later on, Screaming Lord Sutch would enjoy great political success as founder of The Official Monster Raving Loony Party.

No stranger to music inspired by violence, fighting, and other ominous topics, Link Wray’s career was launched by his original song “Rumble,” one of the only instrumental rock hits ever banned for being too violent. Other than scary subject matter, Wray’s “Jack The Ripper” has no direct relation to other songs with this title. With its heavy reverb, big power chords, and drummer Doug Wray’s thundering rolls, this was revolutionary proto-surf music. The Cramps would appropriate elements of the track into their 1980 song “Sunglasses After Dark.” It’s been covered by numerous raw rock combos over the last 60 years. Some of the best versions of Wray’s “Jack” came from The Continental Four on Fortune Records, The Mustangs from Rochester, Mn. On SMEK, and early-1980s Billy Childish group The Milkshakes.

The r ‘n’ b rocker Clarence Stacy had a lengthy eventful music career working with NYC’s Audio Sonic/Variety Studios. Before enjoying mainstream success, he wrote and cut the first version of “Jack The Ripper,” the same song better known via cover versions from Screaming Lord Sutch and The One Way Streets. Stacy and his group had an ebullient vocal group sound similar to The Coasters, The Crew Cuts, Frankie Lymon & The Teenagers, etc. It’s surreal to hear how whimsical the music is as Stacy croons out dark lyrics about stalking, stabbing, and other despicable acts. As a kid who grew up in the idyllic Appalachian sticks (culturally a billion miles away from the urban grime of The Ripper’s hunting grounds) to Stacy the horrific side of Victorian London must’ve seemed adventurous and alien.

“Some Dark And Stormy Night.” “Hellish Old Feeling.” “I Oughta Bite You.” These were just a few of the scary titles that adorned the songs of Tampa Red, arguably the greatest blues artist ever to come from Florida. After relocating to Chicago this slide guitar wizard cut dozens of folk blues sides from the 1920s into the 60s, including the 1931 tune “Jack ‘The Ripper’ Blues,”, perhaps the earliest American recording referencing the killer. The song was co-written and performed with Georgia Tom Dorsey, an artist who later became famous as a gospel composer under the name Reverend Thomas A. Dorsey. A year after Georgia Tom and Tampa Red released “Jack” they followed it up with “No Matter How She Done It,” another song with Ripper references. As the name implies, “No Matter How She Done It” is a lusty hokum tune. When The Ripper finally gets the spotlight his cameo serves only to emphasize the powers of the lyrics’ super-seductive protagonist: “You women don’t have to worry about your life/She made Jack The Ripper throw away his knife.”