I ain’t no prototypical Boomer. 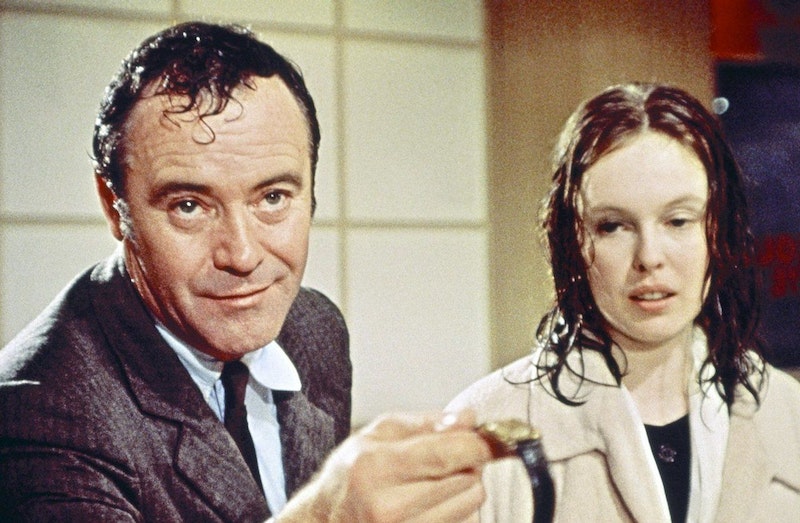 At one time, when Baby Boomers were still a topic of conversation/derision, the shorthand for describing the generation often came down to one person: Rolling Stone founder Jann Wenner. It doesn’t really fit, since he’s too wealthy, but Wenner was depicted as embodying the “journey”: long-haired Berkeley protester; immersed in rock ‘n’ roll; star-fucker; would-be political kingpin; married with kids, and then later “turns” gay; boozer and drug hound, which led to clean living; sportsman; and now, mercifully, rarely heard from. (By the way, it’s not noted enough that the span of Boomers is accepted as 1946-1964, which is strange. If you can’t remember JFK’s assassination or The Beatles on Ed Sullivan, move on to Gen X.). My favorite Wenner anecdote comes from 1993, when he interviewed new president Bill Clinton. Clinton’s trying to be serious, talking about policies he didn’t really believe in, but Wenner insists on getting the answer to his main question: “Are you having fun?” Clinton deflects that, but it’s perfect, since Wenner (who pictured himself as president; not just U.S. Senators do that) can’t imagine living in the White House as anything but a non-stop party.

Born in 1955, I’m a genuine Boomer, although I’d like to think not prototypical (my kids might disagree). I haven’t worn jeans (regular or “relaxed”) since 1988; never had a gym membership, a primal scream or lived, even for a day, on a commune; didn’t become “born again” or occupy Wall Street; eschewed all “vitamin regimens”; wasn’t a Deadhead and never go to nostalgia concerts (save seeing Bob Dylan in 2012, at the request of my older son, who wanted to see him before he croaked the show was in D.C., but both of my sons saw high school classmates with their parents), since I attended countless concerts and shows as a young man, and don’t need to see Neil Young rockin’ in the free world or anticipate Carly Simon’s elderly Anticipation; I don’t wish “it was the old days,” though I miss real newspapers and restaurants that didn’t brag they served “food with integrity; and, on the odd occasion of a wedding or funeral I still wear a suit and tie. I don’t think my wife and I were “helicopter parents,” though we definitely kept closer tabs on them than our parents did.

Perhaps the above strikes you as an annoying boast, but it’s honest, so if you’re a “hater,” shove it up your expanding ass.

That said, I do like to revisit films and music from 50 years ago. For instance, last Saturday my wife, Nicky, and I watched the 1970 Jack Lemmon vehicle The Out-of-Towners (at Nicky's behest), which I could’ve sworn I saw when it came out, but either I misremembered or was too stoned to recall. It’s not an all-time great movie (and Lemmon was better in Mister Roberts, Save the Tiger, Missing, and Glengarry Glen Ross), but what an artifact! George and Gwen Kellerman (Lemmon and Sandy Dennis) live in Ohio (Nixon’s “silent majority” country) and travel to New York City for a job interview, which George doesn’t have to say is a “If I can make it there, I’ll make it anywhere” opportunity, and arrive at the TWA desk to present their tickets and the friendly (it’s Ohio!) clerk says, “Your plane is boarding now, have a nice flight.” Can you imagine? No two-hour check-in, TSA or plane seats that would be snug even for an anorectic.

George rambles to his wife about their upcoming new life (he’s a shoo-in for the well-paying job), and the on-the-house perks his prospective employer threw in: a stay at the then-fancy Waldorf Astoria, dinner at The Four Seasons and a Broadway show. Even though he has an ulcer, he turns down the first-class food on the plane (at one time it was edible) so as not to spoil his appetite.

What follows is an unrelenting 90 minutes (not at all unlike the magnificent 2019 film Uncut Gems), and everything goes wrong for the couple. I was nearly picking off my skin. The plane can’t land because of fog and circles around Manhattan and George begins a 16-hour fit of apoplexy, first explaining to the stewardess that they have dinner reservations, as if she cares. Next, the flight’s diverted to Boston, the Kellerman’s luggage is lost; they race for a train to New York, encountering a cabbie who’s pissed at a quarter tip; arrive at the Waldorf and find their room’s been given away (because George didn’t “call or wire”); the city’s engulfed in a transit and sanitation strike; they’re jobbed by a con man who claims he can get them a room two blocks away—it’s pouring—and then robs them; George busts a tooth; Gwen’s high heels get ruined; they wind up in Central Park, where George tries to comfort a crying boy, and is then accused of being a pedo when the parents show up a minute later; catch a ride with Cuban ambassador in for a United Nations summit, but the limo is rocked by protestors; and finally it’s daylight, the strike is over, George and Gwen settle in their room, and then he goes to his nine a.m. interview, unshaven, rumpled and drenched, missing a tooth, and, as one suspects, gets the job!

The film ends when Gwen paraphrases Dorothy Gale’s desperate “There’s no place like home,” clickety-clack, wanting no part of mean old New York and George winds up her up about the great job until he cracks and says he turned it down. Back to Ohio, 17 years before David Lynch’s scabrous shots of white picket fences in Blue Velvet. Just after the film, Nick and I chatted, and he agreed with the Uncut Gems comparison and it also hit me that this was a proto-disaster film that helped pave the way for all those far more ludicrous movies in the 1970s and 80s.

As for the music I listened to (the mid-1950s until about 1990), I am a Boomer sucker for CD reissues—I don’t stream and have no inclination to learn how—and buy a lot of them. Lately, I was reminded of how dreary George Harrison’s heralded All Things Must Pass triple-LP from 1970 was. I still like “My Sweet Lord” and “Apple Scruffs,” but there’s not much else, and the bonus CD was a bore, save a jaunty version of the so-so Dylan song “If Not For You.”

Last week I purchased a combo remastered set of the Beach Boys’ Sunflower and Surf’s Up, and it was a dud. “Cool Cool Water” from 1970’s Sunflower (germinated during the aborted 1967 Smile sessions) is fun, and “This Whole World” is a great pop single (despite impossibly dumb lyrics) that would’ve fit in on Pet Sounds. Surf’s Up, released in 1971, has three good songs: the title track—which in ’71, I was killing to hear, after reading about it in the late Paul Williams’ (founder of Crawdaddy! in ’66) brilliant 1969 book Outlaw Blues, which contained a long chapter on Brian Wilson’s complete breakdown—was, and still is, rhapsodic, thanks to the band’s vocals and Van Dyke Parks’ trippy lyrics. “Til I Die” is a gorgeous 2:32 minutes, and “A Day in the Life of a Tree,” is really stupid yet haunting, especially when Parks—who had to be pissed at the band after his Smile ticket was never punched—chimes in on the refrain.

The “extras” all suck. After Brian Wilson’s sandbox confinement, the group became more “democratic” and it shows. Bruce Johnston’s treacly, embarrassing “Disney Girls,” stained the band’s legacy in ’71, and that was years before 1988’s “Kokomo” and an elderly Wilson (two of his brothers, Carl and Dennis already dead) propped up at a piano to perform the “original” Smile.