The Struggles and Triumphs of Steve Ditko

The late artist’s long life and career are subjects of Lenny Schwarz’s recent play Ditko which ran earlier this year at The State Theater in the artist’s birthplace Johnstown, PA. 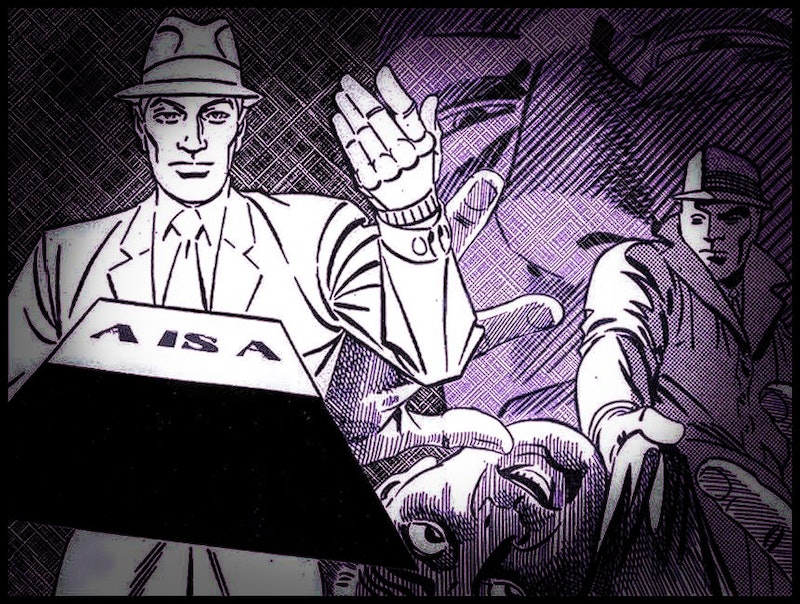 Floating somewhere between political esoterica and imaginative catharsis was the American comic book creator Steve Ditko. His trailblazing work was strange and experimental yet accessible and exciting. Generations of artists and fans make up Ditko’s global following. He co-created Spider-Man, he earned esteem from a wide spectrum of visual artists and pop culture figures; he was an early supporter of small press/self-published fanzines, and he was a loner who never took shit from anyone.

The late artist’s long life and career are subjects of Lenny Schwarz’s recent play Ditko which ran earlier this year at The State Theater in the artist’s birthplace Johnstown, PA. The University of Pittsburgh-Johnstown staged the production which was part of a series of festivities the town put on in tribute to the visionary. (I wasn’t able to attend the Johnstown run, so all comments here pertain to the November 17th, 2018 performance of the play which was staged by Daydream Theatre Company at RISE Playhouse in Woonsocket, RI.)

Ditko focuses on the public feud between the illustrator (Derek Laurendeau) and his literary counterpart/fellow Spider-Man co-creator Stan Lee (played by Geoff White). This messy conflict was a big controversy for both men. As Spider-Man enjoyed a meteoric rise to fame the artist’s connection to the hero was repeatedly ignored and strategically downplayed by Lee. The two collaborators reached the twilight of their lives before Lee ever admitted that Ditko was "always" Spider-Man's co-creator. Shallow ambitions of financial gain were most likely what led Lee to misrepresent the artist’s contributions. Ditko’s timeless plots and character designs have been ripped off and emulated ever since they were first published in the early-1960s. These remain big parts of today’s blockbuster Spider-Man films, and numerous stories written and drawn by the creators who replaced Ditko after his acrimonious 1966 split from Spider-Man publisher Marvel Comics.

The artist also created controversy with his unwavering dedication to the philosophies of objectivist writer Ayn Rand. Ditko made the slogan “with great power comes great responsibility” a crucial part of Spider-Man’s origin story. It’s impossible to understand exactly how much money Ditko lost as a result of being uncredited for Spider-Man’s co-creation, but he claimed that the lost profits didn’t keep Stan The Man on his shit list. The main beef with Lee involved politics and morality. The Randian mantra “A is A” is repeated by the artist throughout this play. It serves to reinforce his critical view of Lee as a deluded/anti-objectivist egomaniac.

Ditko’s trouble with relationships, his doting family, a bout with tuberculosis, his army service, and a love/hate connection to fandom are all summarized. The supporting cast is appropriately cartoonish. An icy/occasionally hilarious caricature comes from Anne Wareham Bowman as the spirit of Rand, the play’s only fictional character. Derek Laurendeau portrays the lead role as a temperamental misfit who’s perpetually awkward whenever separated from a drawing board. Often referred to as “the J.D. Salinger of comics,” Ditko was extremely private and rarely gave interviews. Consequently, detailed accounts of his life often center around the mostly post-60s Spider-Man controversy.

With a hard focus on the Lee/Ditko war everything else is peripheral. This is Ditko’s biggest flaw, scriptwriter Schwarz’s inability to flesh out his main character. Even for the artist’s diehard fans (myself included) this gaffe occasionally makes the play boring. Ditko the eccentric imperfect human being hides in the shadows barely getting a cameo, while Ditko the raging public enemy of Lee refuses to go away. His pro-objectivist/anti-Lee rants are possessed by fiery passion; the artist becomes a Captain Ahab figure gunning for vengeance against a killer whale called intellectual property theft. The disadvantages Ditko faced thanks to Lee’s shadiness created justifiable outrage and yet when the curtain comes down echoes of the “A is A” mantra become tragic and futile.

From a historical standpoint, Ditko examines a conflict with distinct roots in the 20th-century publishing business. A high stakes industry rife with greed and big egos is recreated in brutal intimate shades. This play is an important work, but only when viewed as a small but vivid part of Steve Ditko’s mammoth cultural fingerprint.