Am I My Britney’s Keeper?

Society is nuts, but that doesn’t put you in charge. 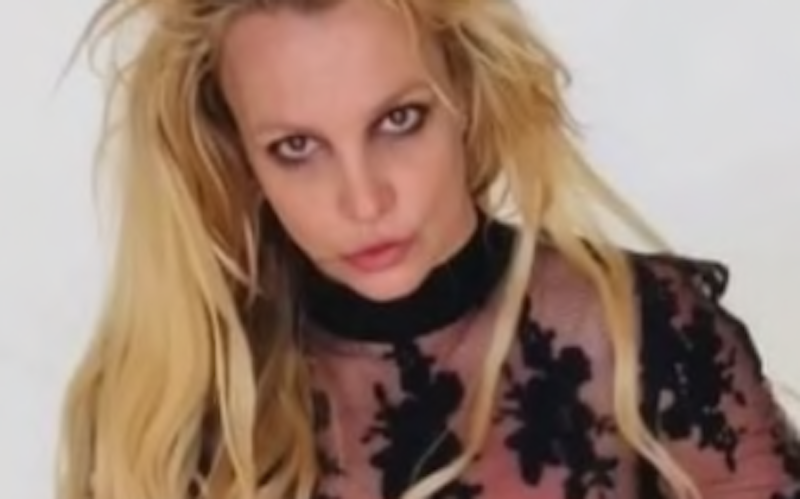 There wasn’t necessarily anything hypocritical about censorious Twitter CEO Jack Dorsey tweeting a link to libertarian economist Murray Rothbard’s essay “Anatomy of the State.” Twitter isn’t a government, and Rothbard was so culturally conservative that if he ran a social media service he might’ve banned not just Marxists but the Marx Brothers (really—he condemned the Marx Brothers as essentially left-anarchist destroyers of bourgeois social norms).

But since non-libertarians are constantly urging us libertarians to apply our skepticism more broadly, to targets other than the state, we can’t help noticing how quickly things get messy when too much authority is invested in anyone—public-sector figure, private-sector figure, religious figure, you name it—to call the shots for other people. “You’re not the boss of me” usually has the ring of truth whether directed at a CEO, senator, king, or stern dad, doesn’t it?

Rothbard rightly distrusted government. In addition, many of his present-day fans rightly distrust Dorsey to decide what’s acceptable discourse. Also, many American pop fans are probably feeling an itch to flee in recent weeks hearing about Britney Spears’ complex legal restraints—unable to enter into contracts, buy a house, change her diet regimen, or do much else without Dad’s permission—under a conservatorship that may now be ending at long last. And it’s natural and healthy to recoil and think “Leave Britney alone” even if she’s completely dysfunctional, perhaps bipolar. At some point, it’s probably best just to prevent her harming other people and otherwise let her do as she pleases and learn from her mistakes.

Deferring to authority carries its own immense dangers, however much freedom scares you. Many a non-establishment skeptic like me has been made nervous in the past couple of decades by the immense trust people place in “fact-checking” services such as PolitiFact, for example. It’s always good to get multiple, competing opinions, but it’s not as if those self-proclaimed fact-checkers possess some faultless science unavailable to mere mortal journalists. They are a welcome additional word; never the final word. There’s no final word. Who fact-checks the fact-checkers?

Hopefully not Snopes, some of us have long thought, given its political biases (biases likely invisible to you if you happen to agree with them). Now, Snopes co-founder David Mikkelson has been caught plagiarizing multiple articles under a pseudonym, perhaps thinking no one would be ambitious enough to double-check both his work and his identity. This could end up being dismissed as a mere personal disgrace, but shouldn’t it make people wonder how honest and meticulous many of those snotty and authoritative past Snopes entries were? Shouldn’t this sort of scandal make you question everything?

The main liberal scam for about 300 years has been pretending that liberals are habitually questioning things and getting down to the bare facts while everyone else falls for superstition and propaganda. Liberals got rid of theocracy, monarchy, and aristocracy (as they should), so now they think they’re qualified to tell you what’s what about everything else. But it’s increasingly obvious the liberal establishment just trusts different authorities than you do.

Whatever Google’s YouTube site is doing when it suspends Sen. Rand Paul’s videos for a week, for instance, it’s not combating authoritarianism. Paul (from a libertarian political family that was very friendly with and influenced by the aforementioned Rothbard) has shown some classic, Enlightenment-style daring in opposing the pronouncements of the U.S. federal government’s most prominent health advisor, Dr. Fauci, and the Constitution-disregarding edicts of multiple COVID-fearing governments. “They can’t arrest all of us,” said Paul in the offending video, which encouraged resistance to government mask mandates. I hope he’s right, but current evidence suggests they can put the planet under house arrest, which is almost the same thing as arresting all of us.

Crucially, though, neither the authorities’ ability to arrest us nor their ability to censor us makes them right. It may be that other, subtler things—nuanced arguments and scientific evidence—do (sometimes) make them right, but the speed with which those subtler things are becoming conflated in the public mind with the raw power to silence opposition is alarming. Rand Paul, though a doctor, may sometimes be at odds with the science itself, as even his fellow libertarian Jacob Sullum of Reason magazine has argued, but let’s hear him out, for crying out loud.

And if you’re currently a cozy enough part of the intelligentsia that you think you’ll never have reason to fear the censorship worm turning on you, consider the study showing Ph.D.s are the educational-attainment cohort most likely to be skeptical about vaccinations. Are you sure you trust your friends in tech to silence your friends in academia? Does it have to come down to this sort of power struggle?

Paul’s doubts about the efficacy of centralized authority contribute to his often lonely opposition to the U.S.’s foreign wars, and it’s interesting that his longstanding criticism of Fauci on domestic issues got Paul booted from YouTube just as the U.S. military was about to make its embarrassing exit from Afghanistan after 20 futile years. It may be coincidence, but leftist and libertarian media-watchers have long noted how even liberal media ostensibly skeptical of militarism tend suddenly to silence or downplay critics of the military-industrial complex at just the right strategic times, as if higher-ups told them to lay off the hippie talk during Operation [Fill in the Blank].

Were it not for sexual scandals, the willfully slavish media would still be heaping praise on at least three pseudo-monarchical Cuomos to boot—a father who was prone to claim only he fully grasped “econometrics,” a journalist son who has lectured viewers about how some materials are inappropriate for direct viewing by the public and should be filtered through journalists’ analysis only, and a princely governor who made money from a book about his brilliant handling of the COVID crisis while his state was racking up the nation’s highest body count and the Governor himself was groping still-living bodies.

That third Cuomo seems bonkers, but as long as he’s content to lead a quiet private life without trying to give the rest of us orders or molest women, he’s no threat, and I’d defend his right to clothe and feed himself without being placed in a conservatorship, his right to rant without being banned from Twitter or YouTube, and his right to walk the streets of New York City without presenting his papers. The world is full of Harpo Marx-level loons, and they should be free.