A No Female Cut of Last Jedi?

To what lengths will men's rights activists go to remove women? 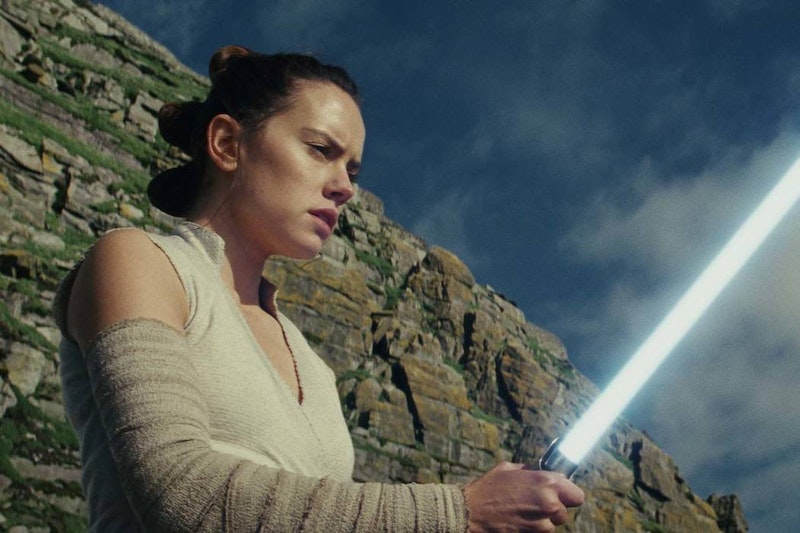 When I took a film history class in college, I learned how powerful an image can be. While a picture is worth a thousand words, few recognize how merely showing something can change people. To imagine, then, that a fan edit of The Last Jedi that removes all the women is perhaps not surprising. It's perhaps an interesting, albeit frightening, act of asserting power.

My take on the film came at an odd time, before the immense backlash by fans. I found the film fairly innocuous, my problems with it stemming from the proliferation of multiple plot points that made it difficult to really get invested in. Other than that, it wasn't anything worthy of the intense backlash it received. There was a rather compelling hypothesis that it was because the film featured a cast of predominately white Baby Boomers handing the reigns over to a younger and more diverse cast of Millenials. But it's also clear that a lot of it has to do with gender.

Rey is considered a Mary Sue because of her being a competent character, despite the fact that she's clearly not anywhere near the invulnerable protagonist she is made out to be. Rose is considered a diversity hire despite her narrative role in the film. Kelly Tran's performance was genuinely enjoyable. The Force Awakens generated a similar amount of controversy, though it was far more muted. I'm starting to believe that the justifications that many of these fans make are pretense, ways to make it sound like they are leaving wall of texts in the comments section and caring an awful lot about a film they claim not to care about for legitimate storytelling reasons. But, if that's true, then this fan edit should function properly.

Except it doesn't. Even without seeing the edit, because the women take on active roles in the plot, there's no way to edit Last Jedi with the goal of removing women and keep the story intact. Editing video footage by its very nature is a long, tedious affair. There's constant timeline scrubbing, checking for things to be cut, and analyzing the footage. Even one with a simple goal such as “get rid of all the women,” means working with a massive amount of video footage. The end result is going to be a short, incomprehensible mess. But it speaks volumes about the lengths that men's rights activists will go to avoid dealing with women. An enormous amount of time, the narrative integrity of a film, all of it is easily thrown under the bus when it comes to getting rid of women.