The Aziz Ansari story has shown the differences between older and younger feminists. 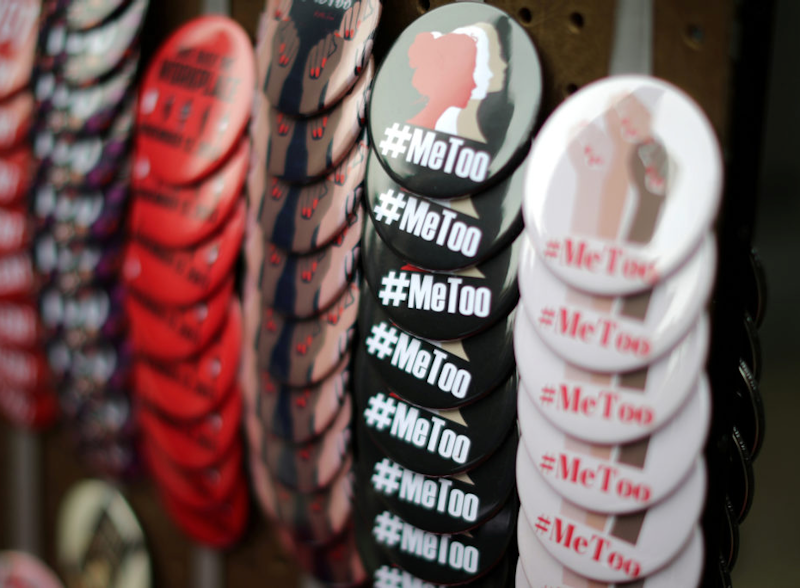 In the continuing storm around allegations of sexual impropriety against Aziz Ansari, some strange feuds are starting to emerge. The craziest one involves Babe, the site that originally ran the Ansari story, and HLN's Ashleigh Banfield, who read a scathing letter, on air, to Grace, Ansari's anonymous accuser.

After opening remarks that criticized Grace for remaining anonymous, Banfield said: “You had a bad date and your date got overly amorous. After protesting his moves, you didn’t get up and leave, you continued to engage in the sexual encounter. By your own clear description, this was not a rape nor a sexual assault... You have chiseled away at a movement that I, along with all of my sisters in the workplace, have been dreaming of for decades. A movement that has finally changed an oversexed professional environment that I, too, have struggled through at times over the last 30 years in broadcasting... As you grow in your photography career, I hope you remember what you did to someone else’s career because of that bad date that was not sexual assault or sexual harassment by your description. I hope the next time you go on a bad date, you stand up and smooth out your dress and bloody well leave. The only sentence that a guy like that deserves is a bad case of blue balls, not a Hollywood blackball.”

Katie Way, author of the Ansari piece, responded to an invitation to appear on HLN: "The way your colleague Ashleigh (?), someone I'm certain no one under the age of 45 has ever heard of, by the way, ripped into my source directly was one of the lowest, most despicable things I've ever seen in my entire life. Shame on her. Shame on HLN. Ashleigh could have 'talked' to me. She could have 'talked' to my editor or my publication. But instead, she targeted a 23-year-old woman in one of the most vulnerable moments of her life, someone she's never f---ing met before, for a little attention. I hope the ratings were worth it! I hope the ~500 RTs on the single news write-up made that burgundy lipstick bad highlights second-wave feminist has-been feel really relevant for a little while. She DISGUSTS me, and I hope when she has more distance from the moment she has enough of a conscience left to feel remotely ashamed—doubt it, but still. Must be nice to piggyback off of the fact that another woman was brave enough to speak up and add another dimension to the societal conversation about sexual assault. Grace wouldn't know how that feels, because she struck out into this alone, because she's the bravest person I've ever met. I would NEVER go on your network. I would never even watch your network. No woman my age would ever watch your network. I will remember this for the rest of my career—I'm 22 and so far, not too shabby! And I will laugh the day you fold."

After reading the personal insults from Way's email, Banfield shot back: "The reason I want to share that is because, if you truly believe in the #MeToo movement, if you truly believe in women’s rights, if you truly believe in feminism, the last thing you should do is attack someone in an ad hominem way for her age—I’m 50. And for my highlights—I was brown-haired for a while when I was a war correspondent interviewing Yassar Arafat, and in Afghanistan and Iraq, Gaza, and the West Bank... That is not the way we have this conversation, as women or men—as journalists... We do not attack people for their age or their highlights or their lipstick because it is the most hypocritical thing a woman who says she supports the women’s movement could ever do, and that’s the caliber of the woman who was given all of this power, and was able to wield this power."

When I first read Babe's story, a couple of things stood out as strange. First was that Grace was allowed to remain anonymous, which caused me to have flashbacks to Rolling Stone's Jackie. The other was Grace's inability to stand up for herself. To be fair, there were times in the piece when I believed Ansari should’ve backed off and called it a night, particularly when Grace complained of feeling forced. I initially thought Banfield's criticism of Grace's complaints were too harsh, but after the childish response from Way, and Banfield citing her own lived experience, I decided to dig a little deeper into both sides.

Banfield first garnered attention as an MSNBC correspondent, reporting live on the streets of Lower Manhattan on 9/11, as the World Trade Center collapsed, coating her in ash and debris. She spent a few years at the network focusing on Middle East coverage, for which she was acclaimed for spontaneous analysis, and derided for her appearance. She was regarded as a sell-out for dying her blonde hair brown, and called, by Michael Savage (who also had a show on MSNBC at the time), a "mind-slut with a big pair of glasses." Banfield's complaints about Savage's remarks were brushed off by the network. She went on to criticize cable news' coverage of the Middle East, particularly the wars in Iraq and Afghanistan, believing that what was being shown on television and what she was witnessing first-hand had little in common. Management at MSNBC retaliated by taking her off the air and keeping her status in limbo for 17 months until her contract finally ran out.

It's interesting to look at the treatment of Banfield now, especially when considering what Matt Lauer is alleged to have gotten away with during the same time at NBC, and remain on the air.

Babe is an 18-month-old website, and has been reported not to have anyone on staff over 25. In looking around, it reminds me of BuzzFeed, Jezebel, and Rookie. It's also the sister site of the Tab, which recently received a $4 million investment from Rupert Murdoch's NewsCorp. It gives some insight into Way’s immature and unprofessional response to Banfield, and cancels out Way's otherwise admirable defense of her source.

In breaking down Jezebel's criticism of how Babe ran the Ansari story, fellow Splice Today contributor, C.T. May noted to Jezebel, "I think you’re getting huffy about competitors." I'll go a step further and say this whole incident reeks of the sort "post first, ask questions later" style of journalism Ryan Holiday warned us about his 2012 book, Trust Me, I'm Lying: Confessions of a Media Manipulator (where Jezebel is a repeat offender). To be more specific, blogs are hungry for clicks, and anger is an easy motivator to get people into a cycle of clicking and sharing. Babe proves Holiday's point with their victory lap of a post celebrating all the outlets that picked up their Ansari story.

If there's one thing I've come to dislike about where #MeToo has gone, and the backlash that has emerged, it’s the disconnect between younger women, and those of us who are middle-aged and older. In learning more about Banfield's history, I can see she sees #MeToo as a godsend, and sees Way and her subject as ungrateful whiners, not to mention a historical blind spot to the gains women before us have won. To us old ladies, Grace's apparent helplessness has struck a chord, in that she seemed so disempowered to tell her possibly receptive date what she wanted. Then again, it also read like the story of a girl who didn't know what she wanted.