Memories of a 500-pound man who could land a dropkick and hammer nails into a board using only his head. 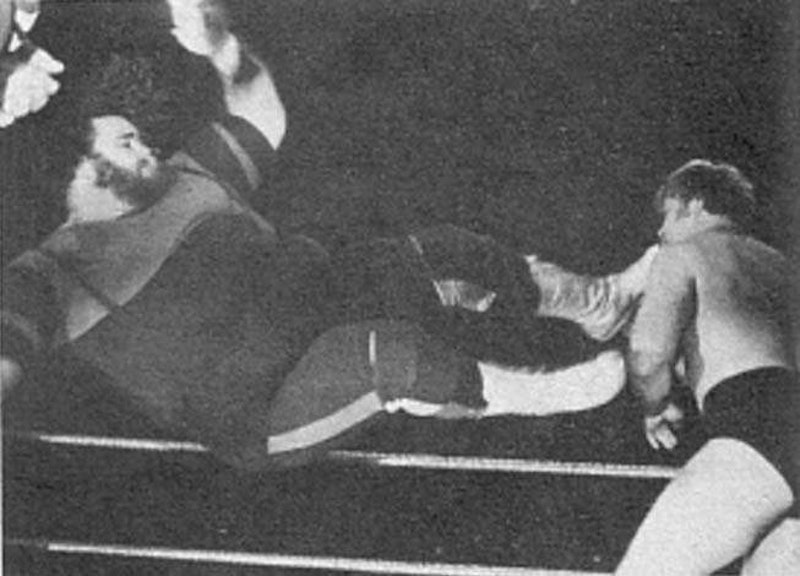 You were blessed with bigness, but that bigness was as much a curse as a blessing, wasn’t it? When Austin Aries performs a dropkick, nobody cares. But when a man who stands 5’9″ and weighs somewhere between 400 and 500 pounds does it, it’s a miraculous event.

Why we feel this way about the accomplishments of the freakishly big is beyond me. Peter King waxing poetic about barrel-shaped 295-pound Bills DT Kyle Williams’ golf handicap? Wrestling smarks praising the moonsault finishers of Hugh Morrus and Vader? Retired 300-pound power forward Glen “Big Baby” Davis getting mainstream love because he was a fat guy who played professional basketball with the grace and agility of a slightly less fat guy? Or ex-UCLA and Georgetown center Josh Smith, who was even taller and heavier, doing likewise?

It’s impossible to give an objective answer to that, but this I can state with absolute certainty: blessed with bigness or not, you wouldn’t cut the mustard today, not in Vince McMahon’s federation. You had your WWE chance in the early 1980s, when Vince was signing up everyone who worked for his competition, but you refused to wait in line to record an interview and quit the federation early in your run. And really, did you look like a waiter? No, you looked like a man who was waited on, or at least a man who has plates brought to and removed from his table at an all-you-can-eat buffet.

More importantly, you didn’t look like Vince’s kind of guy. Not so much even back then, although at least in those days Vince gave big, ugly men like King Kong Bundy and John “Earthquake” Tenta the opportunity to lose to Hulk Hogan. Like Dusty Rhodes and the McGuire Twins, you’re from that old, sloppy-fat school of Southern wrestlers. Granted, Vince didn’t mind placating the rednecks, but he preferred to serve them one particular kind of character over and over: “badass” (in that the wrestler swears a lot and pretends to drink beer), peroxide-blond mullet, jean shorts, wallet chain, juiced-up and totally smooth physique, theme music by some Insane Clown Posse-sounding group, and maybe a ball cap or a flannel shirt if he’s feeling kind of creative. And this remains so: he still treats the rubes to an endless barrage of “cool new '90s guys” as developed for the 2010s by a man whose vantage point is circa 1984.

When I started watching you during the late-1980s, you looked terrible. Morbidly obese, slow, one foot in the grave. When you passed away from a heart attack at the age of 45, I had no idea how important you’d been. But as I began the process of transforming my parents’ money into a huge VHS collection, first acquiring AWA wrestling and later old WWE matches, I quickly realized that you were a fantastic performer. Back before you and André the Giant both landed on death’s doorstep, the two of you had put on a hell of a show. Your promos were hilarious. You rarely lost by anything other than disqualification or count-out, and never by three-count in the center of the ring.

Would I eventually have come to remember you this way if you were still competing, if you had “broken in” long after I had quit paying attention to pro wrestling? Heck, I’m not even sure if I’m remembering you the right way now. When I read what people have written about you, it’s as if they’re talking about another man.