Ursula K. Le Guin and the Shadow of Earthsea

Why her classic series ranks with Tolkien and Lewis. 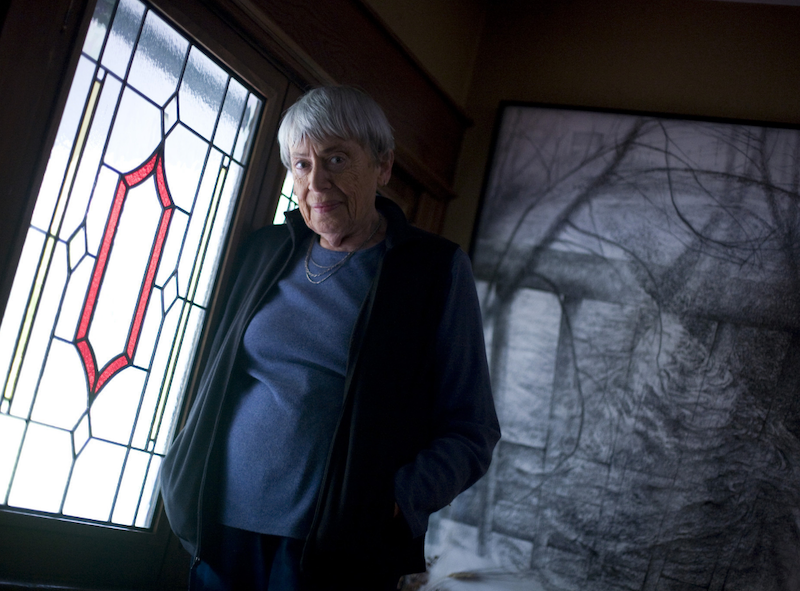 The great science fiction and fantasy writer Ursula K. Le Guin passed away on Monday at her home in Portland, Oregon. She was the author of the Earthsea series, The Dispossessed, and The Left Hand of Darkness, among other books.

Growing up in the 1970s, Le Guin’s Earthsea series was the third fantasy series that was required reading our house, behind The Lord of the Rings and The Chronicles of Narnia. A Wizard of Earthsea, The Tombs of Atuan, and the other books in the series were considered wonderful, if not on the level of J.R.R Tolkien or C.S. Lewis.

Considered today as an adult, Earthsea holds its own against these other books—and in some ways may even surpass them. While the Christian philosophy of Tolkien and C.S. Lewis focuses on defeating evil, Le Guin’s Earthsea is about integrating the shadow of our dark sides, which in many ways is a more adult pursuit.

Central to the Earthsea series is the concept of the shadow. According to Carl Jung, the shadow is the ‘‘dark side’’ of our personality. It’s sexual lust, power strivings, selfishness, greed, envy, anger or rage. Jungian analyst Aniela Jaffe calls the shadow the ‘‘sum of all personal and collective psychic elements which, because of their incompatibility with the chosen conscious attitude, are denied expression in life.’’  (Note: Jung did not confuse the shadow with the mystery and reality of objective evil.) Jung also argued there were positive parts of the shadow: “If it has been believed hitherto that the human shadow was the source of all evil, it can now be ascertained on closer investigation that the unconscious man, that is, his shadow, does not consist only of morally reprehensible tendencies, but also displays a number of good qualities, such as normal instincts, appropriate reactions, realistic insights, creative impulses, etc.’” Most people try and keep their shadow buried in the subconscious, only expressing it as judgmental projection onto others.

I was introduced to the concept of the shadow in the late-1970s, when, right before I started high school, I read Le Guin’s A Wizard of Earthsea. It tells the story of Ged, a wizard in the fantasy realm of Earthsea. Instructed that it’s crucial to maintain the natural balance of the universe when using magic, Ged is so focused on learning how “to gain power” that he uses a spell that unleashes his shadow, which takes terrifying physical form. It happens when Ged looks at a forbidden spell book that belongs to his wizard instructor, Ogion. The spell that catches Ged’s attention is one that summons the dead. As Ged reads, “He saw that something was crouching beside the closed door, a shapeless blot of shadow darker than the darkness.” Ogion then enters, dispelling what he later calls only “the shadow of a shadow.” Orion then questions young Ged: “Have you never thought how danger must surround power as shadow does light?”

Ged then travels to an island called Roke—on a ship named Shadow. Le Guin’s dark imagery is sprinkled throughout the tale to emphasize Ged’s refusal to see his own shadow; the disparity between the growing presence of the shadow and Ged’s refusal to acknowledge it is intensifying to a terrible eruption. Despite being warned by a new instructor, The Master Hand, that “[t]he world is in balance,” Ged argues that “surely a wizard… was powerful enough to do what he pleased, and balance the world as seemed best to him, and drive back darkness with his own light.”

Ged’s pride and ignorance lead him to use the spell to summon a spirit from the dead. The incantation unleashes a physical presence, described by Le Guin as a shadow “the size of a young child [with] no head or face.” The dark shape attacks Ged, wounding the wizard so savagely that Ged barely survives. He spends the rest of his story slowly learning to integrate his dark side. Years later, he recognizes the shadow as a part of himself. Towards the end of A Wizard of Earthsea, Ged is on a boat when his shadow appears in a corner of the deck. The wizard is no longer afraid. He calmly accepts that he is seeing not a demon, but a crucial part of himself.

In its graceful way, Le Guin’s Earthsea story is as important, and perhaps even more realistic, as the black and white tales of her fellow fantasy giants.