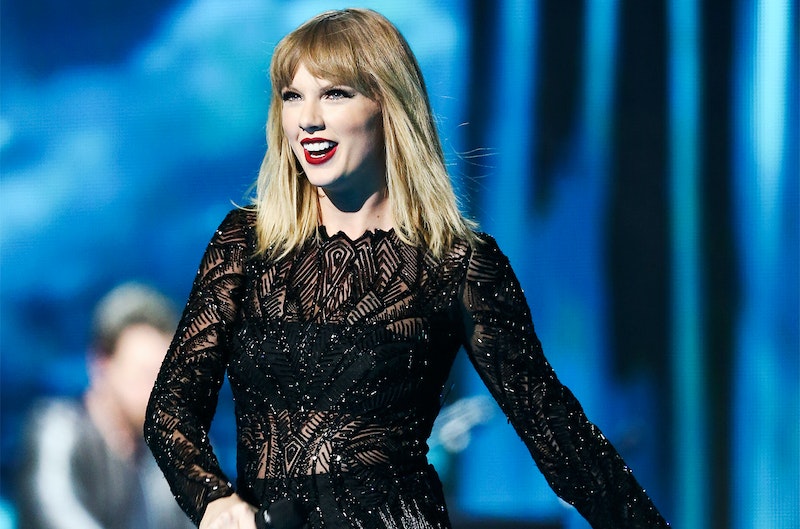 Women are hard on each other, a topic Ms. magazine addressed in 1976. The article was notable because of the volume of letters to the editor, most of them from women relating their own experiences of other women trashing them. Amy Zimmerman, feminist entertainment correspondent for The Daily Beast, is very hard on Taylor Swift. Her latest column, “Taylor Swift Is No Silence Breaker,” is her fourth hit piece on the pop superstar, this one triggered by Swift’s inclusion on the Time magazine Person of the Year cover.

Reading through her previous pieces, Zimmerman derides the singer as a mercenary capitalist, spineless feminist, opportunist, and Nazi-enabler (because she won't denounce the neo-Nazis who see her as an Aryan goddess). One of the writer’s headlines declares that the singer is obsessed with fame, money, and revenge. There's nothing positive about a successful and talented woman who’s not letting the patriarchy hold her back. It's just dirt piled on dirt, and it feels creepy, maybe personal. Zimmerman is clearly obsessed with something too—Taylor Swift.

The pop diva has ample gifts that evoke jealousy from another woman. A loathsome DJ grabbed her ass several years ago and she called him out for it. It ended up in court, and Swift eventually won the case. This is how feminists are supposed to behave, but Amy Zimmerman will only give their approval if someone has the right politics. The leftist double-standard works that way. Still, it's undeniable that Swift used her massive celebrity status to amplify the important feminist message that this sort of behavior is no longer acceptable, and she spoke before the wave of other women who opened up about Harvey Weinstein and a host of other miscreant men. Swift also did it right away, instead of waiting years to make an accusation.

The Time choice to recognize the women who spoke out is both a major victory for feminism and a simultaneous blow to the feminist bête noir Donald Trump, but Swift’s inclusion makes it a watered-down triumph for Zimmerman and other self-identified feminists. In her Time interview, Swift said she hoped her court victory could help vulnerable, young artists in the future, and spoke of the “many people who feel victimized, afraid and silenced by their abusers and circumstances.”

That sounds solid, but it's not enough for the left wing because, as Zimmerman explains, Swift won't come out and denounce the “accused rapist” Trump. The writer’s upset that Time gave the pop star a platform but then didn't question her about “her decision to neither endorse Hillary Clinton nor denounce Donald Trump during the 2016 election.” In the world she inhabits, Time's agenda should be her agenda. For celebrities to gain the approval of feminist writers who live in New York City, they’re required to either endorse the approved candidate or denounce the disapproved one. As Zimmerman points out, other celebrities have routinely attacked Trump, but Swift hasn't spoken on their behalf.

Zimmerman goes on to trash Swift because “she’s a woman who won’t even denounce her own neo-Nazi fans,” while mentioning the pop star’s threatened legal action against an ideologically-driven blogger for “exploring the ties between Taylor Swift and her adoring Daily Stormer fan base.” There’s zero evidence of any “ties” between the singer and the neo-Nazis who worship her, and the blog with a few hundred followers was in no way an exploration—it was character assassination. Its writer accuses Swift of writing “dog whistles to white supremacy” in the lyrics, citing this one: “I don’t like your kingdom keys. They once belonged to me. You asked me for a place to sleep. Locked me out and threw a feast.” These words, according to the deluded blogger, speak to white anger and affirm white supremacy, while expressing resentment of any non-white person having a position of power and privilege. They couldn't possibly be about an ex-boyfriend, of course. Taylor Swift would never write such a song. Her fanbase of teenage girls demands that she sing about the supremacy of the Caucasian race and the importance of having white privilege.

Swift threatened the blogger with legal action, because who wants to be linked to eugenics and Daily Stormer readers based on a blogger's overactive imagination? Acquiring a reputation as a racist is a career ender. The ACLU, thinking the situation merited its intervention, drafted a five-page letter in defense of the blogger’s constitutional rights. Zimmerman goes off the rails in characterizing Swift’s wanting to defend her reputation as trying to “literally silence the press,” and calling the singer “ACLU-condemned.” She writes, “Swift speaks out in a way that is at odds with the intersectional feminist approach at the heart of Time’s latest endeavor.” Time is attempting to recognize all women who speak out after encounters with sexual predators. There's nothing even vaguely intersectional about this.

Zimmerman cites a claim Kim Kardashian made as proof that Taylor Swift’s a manipulative attention whore who played into a historically potent, harmful trope when she continued her feud with Kanye West that “positioned her as the sexually objectified victim of an angry black man.” Add the oppression of black males to Zimmerman's long list of reactionary sins Taylor Swift's guilty of.

This bad-faith writing by a feminist mean girl strikes me as little more than bullying dressed up as high-mindedness. The fact that it's a feminist woman bullying another woman makes it more unseemly. Swift donated $250,000 to fellow singer Kesha to help with legal expenses during her legal battle against her producer Dr. Luke, who she accused of mental manipulation, emotional abuse and sexual assault.

What percentage of her earnings does Amy Zimmerman donate to women in need? Why doesn't she write about Swift’s generosity towards a woman who was allegedly harmed by a man? What direct action has she taken to stop men from abusing women as Swift has? Running celebrities down might satisfy a petty need, but it’ll never achieve even the tiniest tangible gain.