The Banality of Evil: Netflix’s What/If

You’ll long for the excesses to which you grew so accustomed on Gossip Girl. 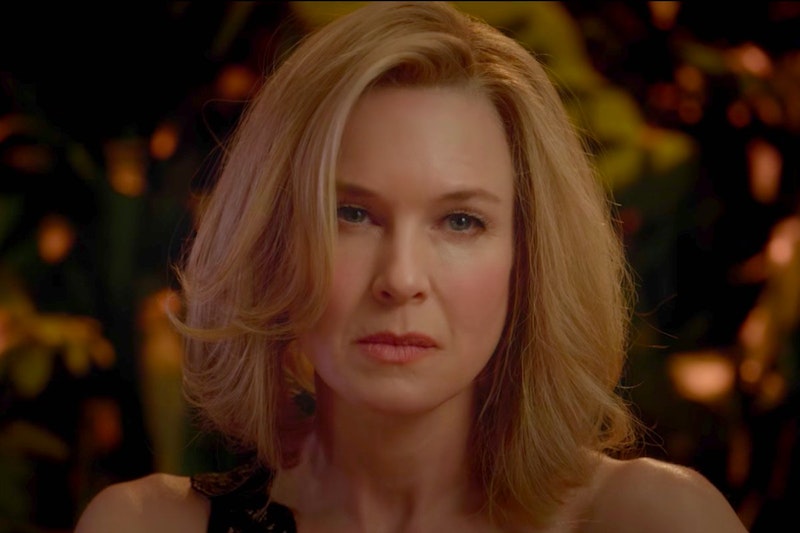 We hold people on television to a different, lower moral standard than we apply in our everyday lives, but the question’s still worth asking: what makes it fun to watch people do bad things? We admire the intelligence of shrewd, cynical, dangerous people. We like it when they have panache. There’s also the Freudian explanation: we’re achieving catharsis when they do what we forbid ourselves to try. There’s something else. We enjoy watching rich people break the rules simply because they’re rich. Seeing the rich indulge themselves liberates us from the moral code. Morality becomes a matter of chance: if you win the lottery tomorrow, then you can be bad, too. Netflix offers a variety of streaming options for people who wanna be bad, and the newest one is What/If, starring Renee Zellweger and a lot of fresh-faced forgettables.

As the show admits, the basic plot is stolen from Indecent Proposal. A rich woman offers a better life to a struggling couple if she can spend one night with the husband. The gender roles are reversed, obviously. That’s supposed to read as feminist, but I won’t let this show have it both ways. It’s not feminist to show that women can treat other people like garbage. Otherwise, you have to let the Cinderella story into the feminist pantheon, simply because her stepmother’s terrible.

I’ve seen only half of the first season, so I guess it’s possible that they’ve buried revelations towards the end that will tear your world apart. Let’s assume that the plot twists I’ve weathered already are sufficient. Here’s one: That indecent night together doesn’t necessary entail having sex, in this version of the story. Fascinating, right? It’s entirely possible that the husband spent his entire night with Zellweger’s Anne Montgomery simply talking, just so she could spin his head around, making his wife more independent and ruthless in the process.

Long after you’ve survived every twist, what lingers about a soap are the set pieces and the style. Anne Montgomery has style; I’ll grant her that. Everything she wears is interesting, and she occasionally wanders into philosophically profound territory when she speaks. But Zellweger has a very limited grasp of how a character like this thinks and talks. Kristin Lehman and James Purefoy did it better on Altered Carbon—another Netflix show, one that’s vastly underrated. They understood how people like these move from one superficial success to the next. Their pasts actually struggle to catch up with them. Zellweger, meanwhile, thinks that Montgomery’s fragility is the foundation of her power, because that’s been true of almost every other character she’s played (for example, in Chicago or Jerry Maguire). You may ask: what about the plucky, who-gives-a-damn strength she displayed in Cold Mountain? That’s nowhere to be seen, probably because Zellweger thinks of the rich as hothouse flowers, as opposed to hardy weeds.

The other characters are much worse off. They don’t have interesting wardrobes, or palatial dwellings, or Loeb’s Classical Library at their fingertips. They’re typecast as normal, which means that every sweatshirt they wear is supposed to validate them in our eyes. You’ll long for the excesses to which you grew so accustomed on Gossip Girl. The exchanges between the supporting cast members have no timing, comic or otherwise, and their attempts at repartee fall gracelessly flat. The best joke in the entire series involves the malapropism “Jedi mind voodoo.” It’s a joke that would’ve landed in a more nerd-friendly environment (such as Chuck), but it’s awkwardly out-of-place here, in part because it’s actually funny. Here’s a terrible omen for any show that’s trying to sell us on the excluded middle ground between a snarl and a smile: nobody really laughs. Being rich, in What/If, seems monotonous, sodden, and painful. One wonders how, in Riviera, Lena Olin and Julia Stiles conspire to make it so tempting.

Perhaps Renee Zellweger has read F. Scott Fitzgerald’s famous line about the rich, but it must’ve made no impression, because Anne Montgomery is very rich—yet where we are hard, she is harder. Where we strive, she strains. It’s all so wrong and backwards. She has none of Gatsby’s grandeur, none of the complications of characters on Revenge, and none of the excuses we make for daytime soaps. She isn’t based on a great novel by Fitzgerald or Alexandre Dumas. She’s based on one of those flip-the-script pitches (“It’s Revenge meets Indecent Proposal!”) that probably sound terrific in a studio teleconference. But for the viewers, there’s just a growing disillusion. Montgomery isn’t nearly evil enough. To quote Lucifer, the Prince of Darkness himself, “I mean, I thought you were different, but I was wrong. You’re just like all the others.” And, in this golden age of online television, What/If is considerably less than most.