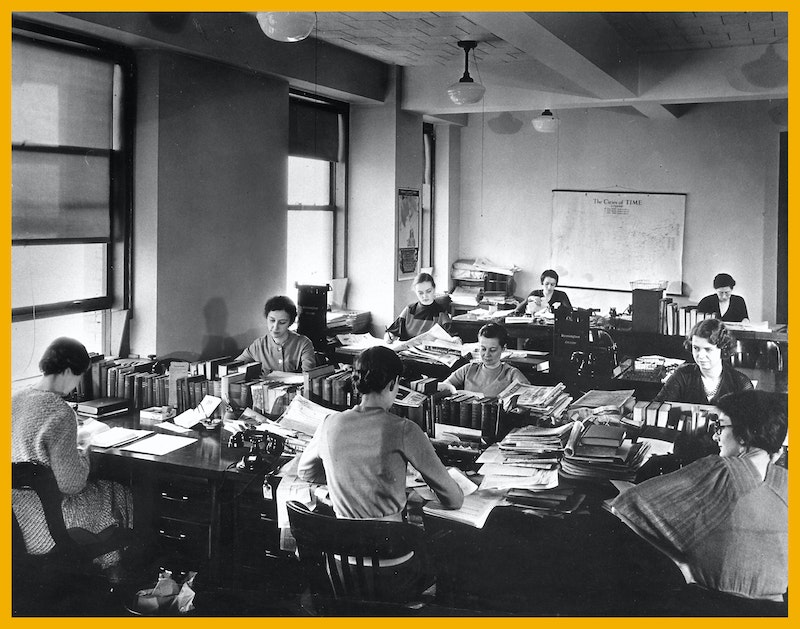 The “And” is because of A.O. Scott, movie critic at The New York Times. The author trots in a Scott quote about critics needing to be truthful, and she follows it with: “And the most salient truth of all,” etc. I guess she’s doing a lay-up on him, tugging his cap. This business takes precedence over the world’s most salient truth. So do Jake Gyllenhaal, Greta Thunberg, Bari Weiss, and Game of Thrones, all in that one paragraph, which is the 11th paragraph of 13. The salient truth occurs 1929 words into a 2286-word article.

It’s easy to see how this happened. Apparently, Roberts’ method as a writer is to lurch through her mental household, sweeping up whatever shakes loose and bundling it together. Cats, frying pans, gardenias—they all get wrapped in the blanket, along with mattress stuffing and something squishy that can’t be identified. She drags this sack behind her and the noises that result are her prose. “Michael Che denigrating Uproxx writer Steven Hyden on Instagram for critiquing Che’s Weekend Update partner Colin Jost… while there has been an expansion in representation in the arts as a result, the underlying reality of these systemic shifts…  the various intersections of our circumstances… Profiling everyone from Dave Chappelle to Missy Elliott, Ghansah situates popular culture within…”

A favorite: “Establishing a sort of cultural carbon footprint will perhaps encourage outlets not to waste time hiring fans to write outdated consumers reviews that do no traffic in Rotten Tomatoes times.” For somebody worried about the end of the world, Roberts does have other preoccupations. Status chiefly, meaning status among providers of Internet content. She reflects on her Longreads contract: “I am aware that I’m on one of the upper decks of this sinking ship… I can write to importance rather than trends.” Rather heavily, she proceeds, “I am aware, also, that a number of writers do not have this luxury, but misrepresenting themselves as the vanguards [sic] of criticism not only does them a disservice but also discredits the remaining thoughtful discourse around art.” Well!

Those are the lowlies. She spends more time thinking about the uppers, the critics who are “are positioned better than me.” A. O. Scott, for one, and Richard Lawson of Vanity Fair and Caroline Franck of Variety. The article’s top half tells us how the names got it all wrong. Michael Che, Lizzo, and Ariana Grande attacked critics, and the names answered by saying criticism served a good purpose and that they did their jobs well. They should have “proven that they still matter by addressing larger, more urgent issues,” Roberts says. After pursuing various thoughts (1136 words), she specifies that she means climate change. “The same way identity politics has taken root in the critic’s psyche, informing the writing we do, so too must climate change,” she says.

In between come Bret Easton Ellis, Doreen St. Felix, the “1 Percent,” “the modern conception of the critic finds its roots in 18th-century Europe.” Roberts argues that movie reviewers and art critics and book people should make a big din about climate change. They should keep coming back to the subject over and over and get people moving. She makes this argument, or intermittently strays toward it, during an essay that contains this sentence: “But it all came to a head when Olivia Munn attacked Go Fug Yourself, the fashion criti-comic blog she misconstrued as objectifying snark.” Bless her, she’s not even a fool.