Oscar the Grouch over Barney any day of the week. 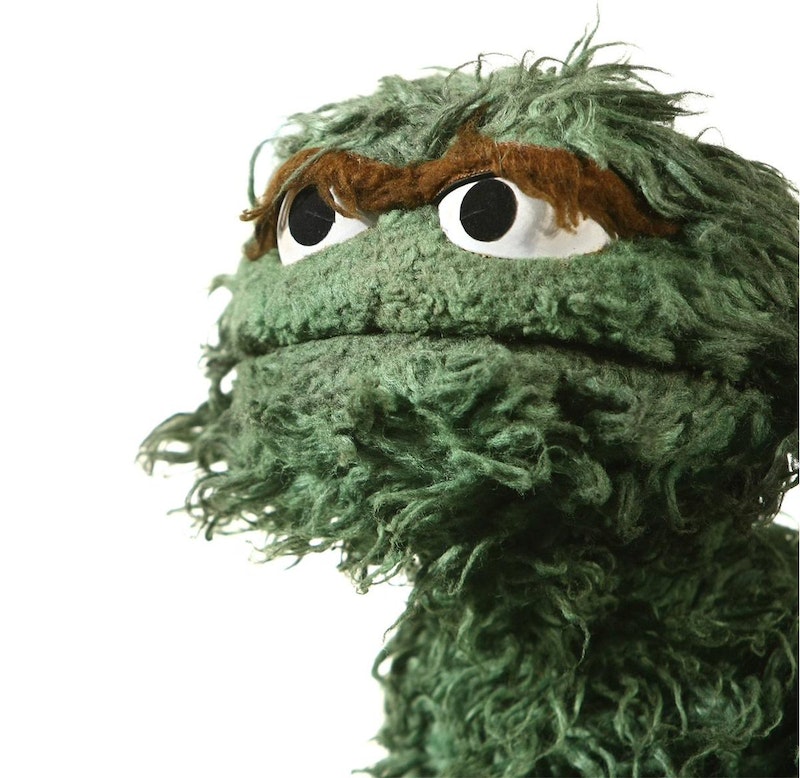 I rarely disagree with my longtime publisher and friend Russ Smith. Whether it’s texting stupid GIFs back and forth, lamenting about how much editing an article needed or chatting about baseball, it’s an easy-going relationship.

But my mouth hung open when I read my fellow Millennial-raising-parent’s column about childrens’ TV show choices. We collectively raised four kids who were born in the 1990s, but the similarities apparently end when it comes to what we didn’t mind our kids watching during their childhoods.

Born in 1969, the year it began, I’d rather watch Sesame Street on a loop for the rest of my life than choke my way through five minutes of that insufferable purple bloated stuffed dinosaur Barney. My oldest daughter Sarah (1994) loved the show and the only thing I have to be thankful for is how many articles got written while that shitshow was on despite my full-body cringe when I had to hear that “I love you, you love me” creepfest song.

And Russ doesn’t like Sesame Street? How do you not like Sesame Street? Unlike Barney, the super creepy Teletubbies he also says he didn’t mind and I loathed, Sesame paid attention to the fact that adults were watching, incorporating humor, especially. In the form of subtle sarcasm, into the writing and characters at all times. Oscar the Grouch is my spirit animal (I can see the eyeroll from across the Chesapeake for using the term “spirit animal,” but honestly, I had to read about how you thought 90s kids should watch Mister Ed or else their souls are in question), and let Count Dracula count the number of TV shows you named that I’m apparently not old enough to even recognize.

His mention of Mister Ed really showed our not-giant age difference, as I’ve never even seen the show—ditto Dobie Gillis (never even heard of that, Heckle and Jeckle or Top Cat), also never saw The Honeymooners, or The Little Rascals. Maybe I’ve seen an episode or two of I Love Lucy if my mom put it on but I think even that may have been out of circulation by the time I came around TV-wise in the 1970s and 80s.

We do have some TV favorite overlaps, Russ—I loved The Jetsons and anything Looney Tunes and have to add a bunch of hours I logged for The Brady Bunch, Happy Days, Batman, Star Trek and Laverne and Shirley and Saturday morning, cartoon-wise, I did some time watching Scooby Doo, Nancy Drew and perhaps unfortunately, the Smurfs with younger siblings.

We also share some time logged during the 90s raising of our Millennials’ TV shows we didn’t mind hearing while we read the paper. Rugrats wasn’t my favorite (and I had to take shit when my daughter dressed like Angelica because some preschool mom asked why I was letting my kid dress like “the bully.” I said I don’t force my kid to be a Disney princess, an even less desirable life goal), Doug was meh, I was cool with SpongeBob and Hey Arnold and also didn’t mind some Pokémon, Angry Beavers or PowerPuff Girls in the background. My oldest daughter dressed like Bob the Builder one year for Halloween—and no, other preschool mom, she wasn’t his helper Wendy, and I wasn’t even making some early gender statement, I just think kids (and people) should be able to do pretty much what they want other than act like spoiled little brats. The Simpsons are a classic of every generation. Honestly, anything but that fucking purple dinosaur.