Please have a little himpathy. 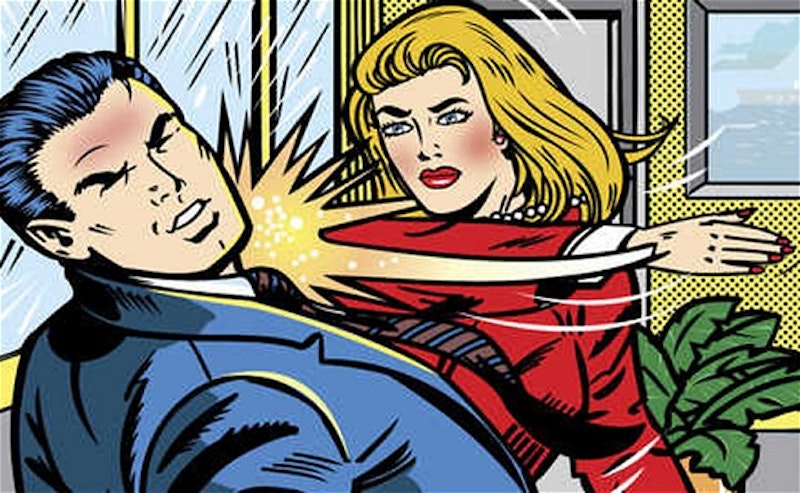 Allow me to mansplain the international situation to you in broad strokes. I've really got a lot to say, as I range from Caracas to the Uighur regions of western China, Rodrigo Duterte to Amy Klobuchar, UFOs to polar bears, quantum mechanics to tornadoes, Game of Thrones to the Women's World Cup. You may assert with some accuracy that my base of knowledge on these matters is thin. Nevertheless, my certainty about them and much else is impressive, especially to me.

I am all man, and have enough pride and self-confidence to make pronouncements about almost anything. And I make those pronouncements in a rich baritone voice that seems to be construed by people like you, among others, as emanating authority, no matter what I'm actually saying. I’m grateful for this, and would hate to see it end. But now campus feminists have identified mansplanation as a central dimension of patriarchal oppression.

Mansplanation is all I have left, really. Please, leave me this last soiled vestige of dignity. Have a little himpathy. Perhaps I offer valuable insights, perhaps not. Either way, I’m going to mansplain some stuff to you. I can't help it, really, and to reach the point of being a quasi-effective mansplainer was hard work; I had to spend long minutes gathering up certainties and formulating the sort of dogmata that, according to me, cannot rationally be gainsaid.

Hearing myself talk, I sometimes sound awfully certain to myself. Reaching the point where I could convey that impression effectively took some doing. My status as a mansplainer is an achievement, in other words, perhaps my only one.

If you knew me well, you'd know that my mansplanatory tone is probably the least problematic thing about me, all in all. So I express myself mansplanatorily. So what, really? At worst, it's liable to be kind of irritating. And at best the manformation I am providing is himformative. Now perhaps certain phenomena, even mansplainability itself, will remain forever unmansplainable, or possibly inmansplicable, but you never know until you try, and you're never really done until you admit defeat, which a real man such as myself never does.

Perhaps people of all kinds can learn the art of mansplanation. I can teach you, but I'll have to charge. Meanwhile if you run into me and I'm pontificating about Hindu nationalism or vaccinations, just mansplain some stuff right back at me, or 'splain with whatever prefix you care to use as you drive your point relentlessly home.

If it's any comfort to you, I'll probably lapse into silence, eventually. I'd like to be the sort of mansplainer who knows when the time for mansplanations is over, though members of my gender of my age are notoriously bad at noticing things like that. And look, sweetie. If you weren't so entirely ignorant, I wouldn't have to mansplain this stuff to you, would I?

I remark in conclusion that there are also a couple of very big reasons for manspreading, which at some point soon I will share with America. The international situation, meanwhile, is very much a mixed bag.